My job depends on trade. I'm 100 percent in favor of trade. 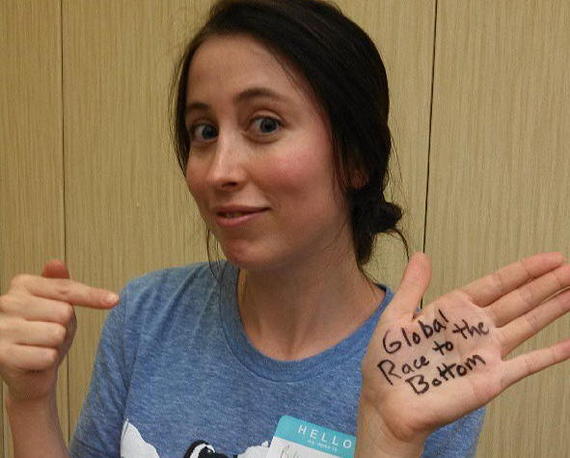 Figure 1. What people hear, when you say "trade deal."

Two cases in point: the "Trans-Pacific Partnership" (TPP) and the "Trans-Atlantic Trade and Investment Partnership" (TTIP). Both are variations on NAFTA, a vigorously oversold agreement with Canada and Mexico. 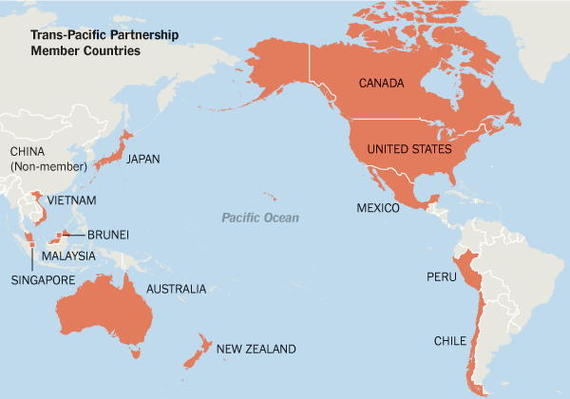 Journalist William Greider explains the origin and intent of one particularly troubling feature of the NAFTA model. NAFTA's legal process helps global companies enforce certain provisions in the agreement. In full jargon, it is called "investor-state dispute settlement," or ISDS.

We understand how the US Constitution establishes our legal framework. The Constitution and Bill of Rights were specifically written to protect individuals from tyranny, and balance public interests with private interests. Our courts settle legal disputes by applying Constitutional principles.

NAFTA, as a legal framework, creates a parallel structure at the global level. However, NAFTA and similar deals have a very different design goal. They prioritize corporate investor rights, while pushing public interests to the side.

As the cynical catchphrase goes, under NAFTA, governments can do "whatever they want," to protect the environment, labor rights, human rights, public health, prudent financial regulation, and internet freedom (for instance), as long as they pay corporations for any lost profit -- including potential profit for activities that have not even occurred, yet!

Greider sketches the history of this question in America. In 1905, a corporate-friendly Supreme Court held that employers' rights outweighed public interest. That Court struck down laws setting a 10-hour day(!) and workplace safety rules. In the 30's, the Supreme Court reversed this interpretation, and recognized the legitimate role of government regulation in the public interest.

During the '30s, corporate interests were pushed back in a political struggle. The widespread economic suffering of that time discredited the idea of unregulated capitalism. New policies brought in a system of controls and regulations for banking and workplace safety. We introduced unemployment insurance, bank deposit insurance, and other familiar policies to prevent the huge market failures of the Great Depression.

NAFTA was negotiated in the early 90's. With NAFTA, corporate interests could draft a new global legal system on a clean sheet of paper. Battles lost in the 30's could be won quietly at the global level in the 90's.

In practice, these tribunals can compel outcomes favorable to global corporations, in spite of decisions made through our domestic legislative process, or courts -- including the Supreme Court.

Trade tribunals are not courts. They don't have judges. Trade lawyers render decisions. They are not accountable to any political body. The proceedings are secret. Complaints are brought by corporations; all defendants are countries. Decisions reflect global investor rights, as written into NAFTA-style trade deals. Since public interest and public good are subordinated in the trade deals, people and the planet take a distant second place in decisions rendered by the trade tribunals.

In this system, foreign corporations have greater rights than domestic corporations. Of course, in the global economy, any large company can create a token presence offshore, and use that entity to seek damages in a trade tribunal. Any corporation with money and nerve can challenge a national law or court. Over 500 such ISDS cases have been filed, and the number is growing rapidly.

Greider interviewed a lead NAFTA negotiator who explained that it was his clear intention to rewrite the history of investor rights.

As for anyone troubled by the intrusions on US sovereignty, he said, "My only advice is, get over it. " ... the architects of NAFTA knew exactly what they were creating. "The parties did not stumble into this," he said. "This was a carefully crafted definition [of investor rights]."

NAFTA's investor protections "are based on a long-term strategy, carefully thought out by business, with many study groups and law firms involved in developing them. This is about limiting the authority of government -- that is its central importance."

NAFTA, TPP, TTIP and other NAFTA-style deals are not "trade agreements." They are moral, social, political and economic documents -- with governing authority similar to our Constitution. One difference, of course, is that the Constitution never mentions corporations -- not even once. In contrast, these bad trade deals establish legal and social standards heavily biased in favor of investors.

In the '90s, NAFTA advocates enjoyed a presumption of trust. We trusted that public interest and moral values were an effective counterweight to global corporate power. Skeptics of NAFTA had the burden of proof.

Twenty years after NAFTA, we can look back and measure decades of glowing promises against our lived experience. Public trust is shifting. Now, negotiators for TPP and TTIP have the burden of proof.

Consider this: The web of NAFTA-style trade deals is a system, specifically designed to shift power in favor of global corporations. This is a system designed to work for the 1% and to subordinate the interests of most of the people we know. These deals are purposefully designed to determine how life will be organized in 2050.

This system is doing exactly what it was designed to do.

If TPP, TTIP and other bad trade deals go into effect, they will lock in global standards for generations, with no practical process to modify, amend or repeal them.

Investor-state dispute settlement is a really good reason to oppose TPP and TTIP. We should rethink the entire premise for ISDS.

The last thing we should do is ratify TPP and TTIP, elevating ISDS to a global norm for generations.