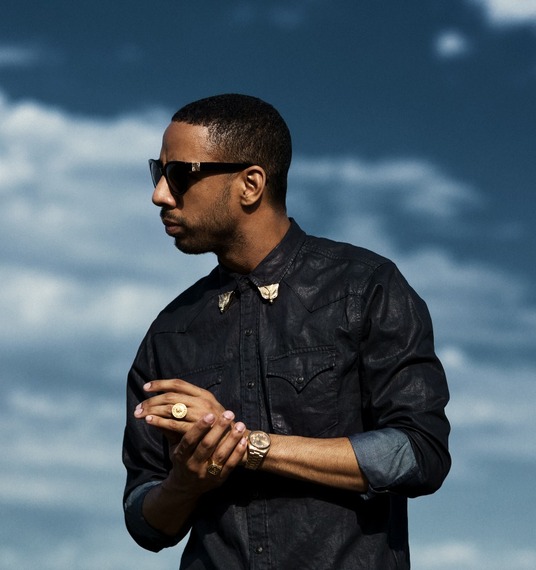 It started off with a kiss (uh huh).

And indeed it did.

In his 2009 debut, Ryan Leslie's Addiction, featuring hip-hop princess Cassie, was the song of the summer.

Writing and producing music has been good to Leslie. The Harvard graduate and Washington, DC native has worked with the likes of Beyonce, Diddy, Britney Spears, and Danity Kane.

But in 2014, Leslie decided to add another title after his name: tech entrepreneur.

When the producer found himself lamenting the difficult task of reaching fans through social networking, he wanted to make a change.

These days even heavy hitters like Oprah, with her 32 million plus following on Twitter, only receives a rate of about .000065% engagement with her audience when she posts a tweet.

I sat down with Leslie at the end of his whirlwind weekend in DC. I first ran into him at the White House, during their Caribbean Heritage Month celebration (Leslie is of Caribbean decent); and then again after his keynote speech at MCON, a conference for millennials marketed as "a gathering of people who give a damn about social change."

The Superphone app, which Leslie created and coded himself, is a bidirectional mobile communication system that helps users communicate personally at scale via smart SMS messages to millions of supporters worldwide. The system also provides a better understanding of who these supporters are and how often they support.

"You put all this equity into a platform like Twitter and Facebook, posting and growing your following, and you have no idea if it even has a stable future," says Leslie.

"When you post something on social media, you hope for a like or comment or retweet, but you don't expect one. But with our phones if we call or text someone we expect a response. Having a system that makes you this available is life changing."

"These vanity platforms are cool but what matters most is in-person communication. I started making a lot more money when I started focusing on the people who wanted to invest in me."

Superphone is currently accepting a small number of beta users, but has already been tested by Kevin Jonas, Lil Wayne, and a host of other notable artists.

To watch a livestream recording of MCON and Leslie's keynote, click here.

This story originally appeared on capitolstandard.com.