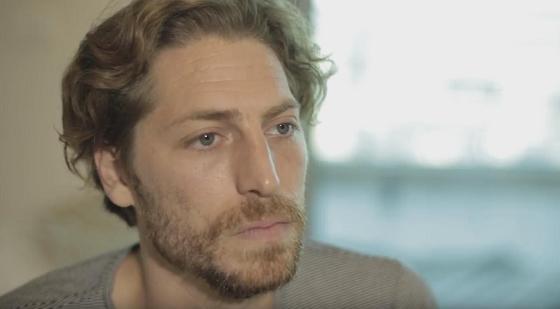 No one wants to be a Millennial, except for a few weird undergrads who write politically correct versions of dictionaries that offer simple alternative wordings for offensive phrases like "poor person" such as "person who lacks advantages that others have, low economic status related to a person's education, occupation and income." This, and a myriad of other reasons, is why Millennial became a dirty word like hipster.

When I speak of Millennials, I mostly mean what the media portrays them as, Middle to Upper Class students and graduates of somewhat to highly prestigious universities and colleges. This infectious species that polices the appropriateness of Halloween costumes and takes off weeks from school to cope with the election of a person who doesn't share their values in "safe spaces" chockfull of art and dog therapy.

Millennials are ill-equipped for the challenges of adult life. They cannot tolerate unfairness, are still shocked by ubiquitous hypocrisy other than their own and don't understand their voice doesn't necessarily matter. After being coddled by their parents and their universities, young people enter the job market with the expectation of a fair world where everything is taken care of for them. All the while, the pleasure centers in their brains are corrupted by social media and technology that gives validation in the form of likes and right swipes. Combined with the fact that most Millennials have the ability to distract themselves with every film, funny clip, porno clip, show, song and album ever made in minutes, it's not hard to see why my generation lacks motivation.

A video describing the workplace entitlement of Millennials by Simon Sinek has 140 million views and counting on Facebook. He describes that after leaving schools that protect Millennials in safe spaces, these young people find themselves in a fractured dog eat dog world. They were failed by the excessive praise of their parents, the participation trophies that "devalues the reward for those who actually work hard."

Even as employers go to great lengths to coddle this mass of snowflakes, they are still ineffective and depressed, with lower self-esteem than any generation in recent history. The cost of this is sure to be devastating to American society. Young adults are forced to lean on their parents when they come to find they have no ability to take care of themselves. Most overcome the trauma of this disappointment, but many do not.

When the snowflakes come to an understanding that the world owes them nothing, in a marginally improving job market, they break down. They can't consider contrary opinions, let alone the voices of superiors that criticize their work. While they overwhelmingly search for work that impacts the world positively, personally wide swaths of Millennials have found no meaning to their existence, where they are unable to appreciate what they have, often because they understand deep down that they don't really deserve it in the first place.

One of my literary heroes Bret Easton Ellis famously dubbed Millennials as "Generation Wuss," noting their reactions to his provocations on Twitter by saying, "My huge generalities touch on their over-sensitivity, their insistence that they are right despite the overwhelming proof that suggests they are not, their lack of placing things within context, the overreacting, the passive-aggressive positivity, and, of course, all of this exacerbated by the meds they've been fed since childhood by over-protective "helicopter" parents mapping their every move." The irony is altogether lost on them when their oversensitivity blossoms in the face of Ellis' critiques of Millennial oversensitivity.

Rather than acknowledge something is wrong with their worldview, I see the snowflakes drown out all voices that don't conform to their politically correct secular "everyone is special" belief system. When I harmlessly posted a satire Onion style piece entitled, "Hamas Endorses Sanders for President, Calls Him "Jew We Can Believe In"," a Millennial threatened to block me on Facebook. Though this isn't exclusively a problem with Millennials, the Trump supporters I know can tell you much worse stories of losing contact with people they were once close to.

The sad reality is that Millennials who profess to care for the less fortunate are largely a generation of narcissists, who are too precious to encounter anything they disagree with, however poorly researched and formed their own views are. They profess to want to help Haiti, Syria and the Sudan, while obsessing over their petty problems to a degree that makes them incapable of considering another person's plight.

A few years ago, Narcissistic Personality Disorder was removed from the psychiatric disorder manual known as the DSM, one could argue largely because the traits were too prevalent. Unlike the DSM, it is my belief we need to diagnose the sickness of narcissism that ails society and work together to create a world that values and rewards hard work, accomplishment and selflessness.

In a time when people gravitate towards protected bubbles, entitled Millennials desperately need to connect with a diversity of values and opinions. To gather the strength to tackle the challenges the Baby Boomer and early Gen X generation of parents caused the Millennials with overpraise and helicopter parenting, a young person with intentions of success needs to decide to want to care about others, (This may shock some snowflakes) including the people with different beliefs and values. Essentially, Millennials need to learn to become human beings. How can a young person grow and mold his or her self without considering different views?

We will never be able to face the huge political divisions and the Millennial problem without truly learning lessons from the past. I share Obama's romanticism about America when he says in his farewell speech, "What a radical idea, the great gift that our Founders gave to us. The freedom to chase our individual dreams through our sweat, and toil, and imagination -- and the imperative to strive together as well, to achieve a common good, a greater good," and it angers me that our country is doing nothing of the sort.

You may be wondering why a 29-year-old sounds so much like a middle-aged man. For the jaded few who recognized the writer of this article doth protest too much, there is a real reason. As a spoiled, overpraised Millennial, who put a lot of stock in my high IQ, with a history of drug and alcohol abuse, I was wired like a ticking time bomb. Like all the great Millennials, I had a rather large ego and very little self-confidence, a piss poor work ethic, and simultaneous fears of both success and failure. My first book, The Egotist, outlines the extent of my self-destructive narcissistic tendencies and how I overcame them by developing empathy for others and overcoming my fears by letting go of my Millennial victim mentality.

In spite of my progress, I still routinely blast opinions that contradict my own, procrastinate, take valid criticism like the claws of a bear and blame others for my flaws and failures. The big difference is that by connecting to others who I am not naturally drawn to, with the intention of caring for others above benefitting myself, I have the ability to transform my ego into something that can help other people. I can lose myself. I feel connected to the hearts of others above their minds, appearances and opinions. When others attempt to do the same, this collective desire leads us to a place of truth, warmth and connection. In spite of my self-destructive wiring, these experiences teach me to thrive through routine and extraordinary stress, as well as traumas that in the past would have destroyed me. Since I understand the pain of post-grad Millennial life, I greatly sympathize with the plight of growing up in a broken environment and the lost feeling one has when they're unsure of how to make their way in the world. Having overcome a lot of these overly prevalent faulty traits, I urge Millennials to try and lose themselves in real connections with others who think differently than they do, face to face, away from the screens that have a tendency to drive us apart.