Over the past four months, Dr. Ashraf Ghani Ahmadzai has run an inspirational, issues-based presidential campaign.

In the mist of an ethnicity-based political system, built on deal-making and tribal loyalty, he has truly "introduced a new kind of politics to Afghanistan."

The result is nothing less than a social movement, bridging together the aspirations of young people, intellectuals, women and the poor.

Incredibly, even with this liberal support base, Dr. Ghani is still deeply respected by conservatives, religious leaders and some Taliban, making him all-around Afghanistan's best chance for a better future. 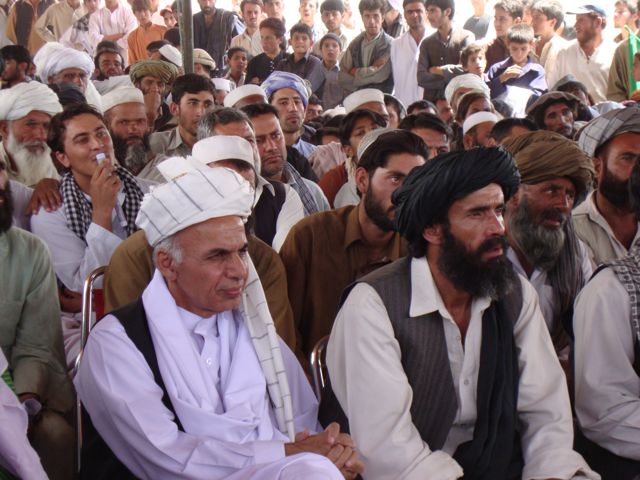 As finance minister of Afghanistan from 2002 - 2004, Dr. Ghani earned a reputation as notoriously incorruptible. He helped put the country on the path to re-construction and economic reform, and designed the National Solidarity Program (NSP), which has now helped more than 23,000 villages in almost 90% of the provinces.

The NSP is an innovative social program that awards block grants to villages to choose and manage their own rural infrastructure projects, such as drinking wells, schools and roads. By handing decision-making over to the community it respects local cultures and acquires legitimacy. In return, NSP simply demands that locally elected project leaders post their accounting publicly for all to see how their money is being spent.

The program reflects Dr. Ghani's both principled and practical approach to politics, that enables Afghans from all walks of life to trust him to lead.

For the past two weeks I worked for Dr. Ghani from campaign headquarters in Kabul and watched a steady stream of tribal elders, diplomats, businessmen, students and women flow in and out of his home.

Typically he receives these guests inside a tent set up in his backyard. He manages to relate to each and every person, drawing on his diverse personal history as a Pushtun born in Logar province, as a World Bank anthropologist, as a Berkley professor, as a parent, and in many more impressive roles.

Everyone who comes through leaves with a clear understanding of his deep belief in good governance, transparency and accountability.

This is why one of his senior advisers told me in frustration last week that some of the prominent, wealthy Afghans who've come to pay their respects are just pretending to support him.

In Afghanistan today there are actually many of these multi-millionaires, who have gotten rich off the corruption of the Karzai years, either through patronage, the drug trade or worse. They mostly live together in the "poppy palaces" part of town in huge villas all done in a similar style that Monocle magazine refers to as "narcotechture." They know a President Ghani would put an end to their illicit activities, but think they are covering their bases just in case he ends up at the helm of the next government. Other unsavory characters such as Mawlawi Tarakhel have endorsed Dr. Ghani but their support is, curiously, more credible. This widely respected Taliban spiritual leader praised Dr. Ghani last week while speaking to a large gathering in the outskirts of Kabul. He obliquely made it clear that Ghani was the best candidate of the bunch.

Dr. Ghani has repeatedly urged reconciliation with the Taliban. He says that reconciliation is a "process, not an outcome," and that it is necessary to speak with fighters to understand why they joined ranks. In his experience corruption and unemployment are almost always the driving factors.

Some western media have gotten this wrong, saying Karzai is the only major candidate unopposed to dealing with the Taliban, but that's not true. The difference is that Dr. Ghani stresses the need for a ceasefire first, something Mr. Karzai recently tried to do through his brother, but was unsuccessful.

Also last week, Dr. Ghani hosted 800 working Afghan women at his home to discuss his women's platform. He spoke of increasing women's participation in civic politics, improving education, health care and employment opportunities, while all along emphasizing their legal rights.

Later at a luncheon I spoke to one female member of parliament, who heads the Movement of Afghan Sisters, about why she supports Dr. Ghani. She explained that he was the only candidate who she believed was trustworthy and who had actually offered more than just platitudes on women's issues. 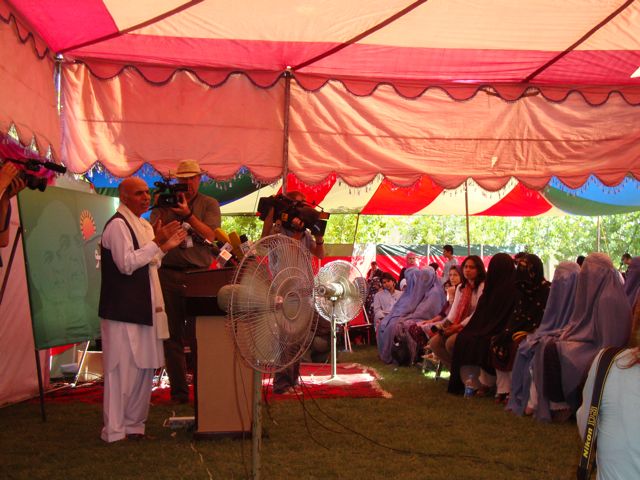 Unlike his opponents, Dr. Ghani has indeed exhaustively laid out his strategies in security reports, books, speeches and interviews. Even today the London Times published a letter from him describing his coherent plan for stabilizing the insurgency and consolidating military gains. In the world's second-most failed state surely this kind of knowledge of the issues and insistence on ethical behavior could not be more important.

Though Dr. Ghani is unlikely to win the popular vote today, what he has brought to this campaign is a clear victory for the people of Afghanistan, by stirring democratic debate, inspiring political activism and simply representing a rare role model in Afghan public life.