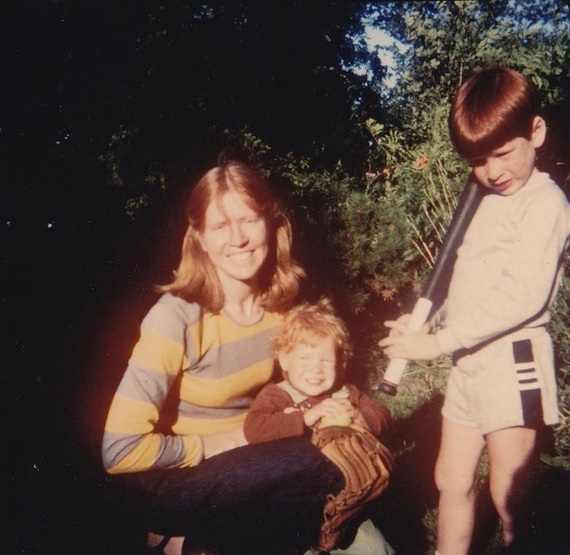 Within this surrender, I begin to see that everything I "know" about the way the world works has been "known" through a supremacist framework. Society chose nearly all of my identities as the "superior" ones. And it wasn't long before I saw that those labels of superiority were disconnected from my lived experience. I witnessed (and took part in) acts of utter beauty and acts of ferocious atrocity by people who shared my "superior" identities. And all the while, society told me that we must be the best by definition.

What does that experience of deep dissonance do to a child's brain? My foundations couldn't support the weight society placed upon them, and I became a defensive, scared, fragile person. Because the world insisted and still insists that I must be the best, while I know and have always known that I am not the best.

When the foundation is unstable, the entire structure cannot be stable. Today, watching history being forged in front of my eyes (and trying to forge a little bit of it myself!), so many of the things I *thought* I knew and understood are now revealed as inverted reflections of a fun-house mirror. All the grooves of life I've inhabited and loved and hated and envied and missed and feared...were just my perceptions under the influence of the powerful narcotics of supremacist thought.

To realize this is to see that the ultimate prize is within my grasp: a reset button. A chance to see everything for the first time again, to "not know" what the world is like. Up is down. In is out. A chance to throw open every door I had once closed in bitterness and resignation. A return to a childhood in which everything is possible, freshness.

When I say that I support and will fight for Black liberation for my own sake as a White person, I mean it. For 30 years, White supremacy smiled in my face while shackling me to impossible standards of superiority that I could never attain.

Invisible shackles. Black Americans have known this about White Americans, they have been forced to know this about us, better than we White people ever could. My revelations are old news...just new to me.

White person, man, straight person, bearer of any of America's other privileged identities...you want liberation from the bullshit of our world?

Searching for collective liberation at http://www.risksomething.org