There is an old expression that says you cannot make an omelette without breaking a few eggs. This basic logic sums up the international development approach of the World Bank: in order to make a project come to fruition, there will be consequences. Build a dam and you will flood large areas of land. Build a power plant and you will undoubtedly be adding to air pollution. The examples go on and on. One such consequence, however, has the most direct and long-lasting impact on local populations. Resettlement, both involuntary and voluntary, involves human beings with rights -- NOT eggs.

The World Bank seems eager to provide financial support, in a form of Partial Risk Guarantee (PRG), to the Kosovar government for construction of a new coal-based power plant. To date, much of the criticism surrounding the plant has focused on the use of carbon-heavy and environmentally destructive coal as a power source and the tremendous amount of energy/electricity Kosovo loses through its outdated, antiquated power grid and transmission and delivery lines. These are all valid points. But what about the people who are in the path of the expanded power plant and coal mine? Kosovo and the World Bank are trying to avoid responsibility for the impoverishment and suffering that will surely come on the heels of the involuntary resettlement of over 7,000 Kosovars from their homes and communities. 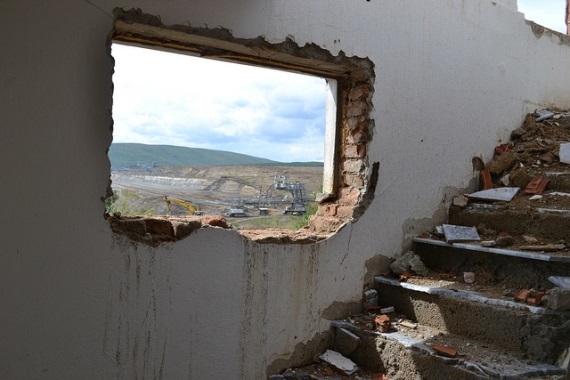 Photo caption: Houses destroyed to make way for the expansion of the coal mine in Hade village, in Kosovo (Photo credit: Dren Pozhegu)

A recent report - commissioned by the Kosovo Civil Society Consortium for Sustainable Development (KOSID) and authored by the International Network on Displacement and Resettlement (INDR) president Dr. Ted Downing - concludes that although millions of World Bank development dollars have been spent on the ground on "technical assistance," the resettlement plan fails to comply with basic international involuntary resettlement standards. These are the standards that must be met for any project to obtain international financing through the World Bank. Put another way, the Bank is not playing by its own rules. Clearly this does not bode well for Kosovo and the indigenous populations worldwide that may be next in line to be ignored and glossed over on the Bank's whim.

There are several specific areas where the Bank falls well short of proper involuntary resettlement standards and norms. Downing's report lays out six. These include: wildly overestimating the capacity and capabilities of the government of Kosovo; drastically underestimating the costs of mass resettlement - and thereby overestimating the overall profitability of the new coal plant project; and perhaps most alarming of all, electric rate-payers will be left holding the tab for all cost overruns, not the government, World Bank, or private sector investors. It is safe to assume both that there will be cost overruns and that they will pit the displaced against the basic rate-payer. As a result, the costs of resettlement that the government did not anticipate will come out of the rate-payers' pockets. This is a recipe for internal disorder and strife in a young nation that may not be able to deal with it. To add insult to injury, there are no jobs waiting for the displaced where they are to be relocated. With their homes and communities to be lost to a power plant, they must suffer the double indignity of having their livelihoods lost as well. 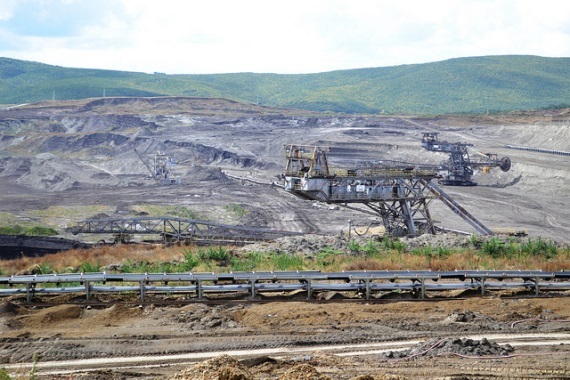 The World Bank has standards and safeguards that it is obliged to enforce and live up to itself. They are designed to prevent this very scenario: Bank client nations undermining their own citizens, environment, and/or laws to get funding that they are not rightly entitled to. And these very same safeguards are going through a multi-year refinement and improvement process right now. Opt-out clauses - like the one the Bank itself is pushing in Kosovo - are designed to legally avoid compliance with the Bank policies. These should be removed across the board. Not just on resettlement issues but environment, gender, climate, etc. Laws never work as desired if they are - for all intents and purposes - optional.

So what can be done about this resettlement plan and the over 7,000 Kosovars set to be removed from their homes? Is there a way the global community can resist this World Bank overreach or is it on autopilot? Let's state some basic undeniable facts: Kosovo needs more power; Kosovo and the Bank need to invest in clean energy, not the dirty carbon-intense fuels of the past; and neither Kosovo nor the Bank should be skirting international norms to get a deal done quickly rather than correctly. With that in mind, the clear answer seems to be to get to work on a plan that will provide power and electricity nationwide without the use of coal or any other fossil fuels. Involuntary resettlement is just the most serious evil currently at play in this project. The Kosovo Power Project is rife with problems and outrages and it is only getting worse. There is no reason this can't end well for everyone involved. Unless attention is paid to fully restoring the lives and livelihoods of those in the way, the Bank and Kosovo government itself are planting the seeds of future civil strife in one of Europe's fledgling democracies.