An Interview with Sheila Hamilton, author of the moving new memoir All the Things We Never Knew (Seal Press, October 2015)

Even as an award-winning reporter, Sheila Hamilton missed the signs when her husband David's mental illness unfolded. By the time she had pieced together the puzzle, it was too late. Her once brilliant, intense, and passionate partner was dead within six weeks of a diagnosis of bipolar disorder, leaving his wife and 9-year-old daughter without so much as a note to explain his actions, a plan to help them recover from their profound grief, or a solution for the hundreds of thousands of dollars in debt that they would inherit from him.

Michaela Haas: Nearly every fifth American has a mental illness. Since it's so common─why aren't we talking more about it? What can we do to eradicate the stigma?

Sheila Hamilton: Brain illness is where breast cancer was twenty years ago. We tend to forget there was a time when nobody mentioned a diagnosis of breast cancer. Now, there are walks with millions of people proudly wearing pink ribbons. People should understand the brain is just another organ in our body. It gets sick. It can get better. If more people shared their stories of illness and eventual recovery, it would have a profound effect on those who are suffering in silence. If every person in America who was living well with mental illness came out of the shadows, it would be a revolutionary step forward.

In hindsight, when did you first realize that your first husband was not just moody, but bipolar?

Your view is always clearer in the rear view mirror, isn't it? In hindsight, it was probably the night David stood by the window, counting the number of cars that were passing our house. He'd become so sensitive to light, sound, and so quick to rage. His agitation was so apparent that night. He was pacing back and forth with a yellow pad as if he was a scientist conducting an important experiment. His strong denial that nothing was wrong with him convinced me that I was over-reacting.

What do you want people to know about living with someone who is struggling with mental illness?

I want people to understand how an illness progresses and how the early signs of mental illness are intermittent and subtle. Many people missed David's illness. His previous wife missed it. His doctors missed it. Even the intake nurses at the emergency room believed David when he said he wasn't a threat to himself or others. High-functioning people with bipolar disorder can be extremely persuasive, charming and prone to lying. I wish I'd known all the characteristics of the illness, and I might have been able to help.

Your husband caused you great hurt and grief, not only with his erratic outbursts and violence, but also by frequently cheating on you before he committed suicide. How did you arrive at forgiveness?

When I finally viewed David's actions through the lens of his illness, I was much more capable of understanding why he acted out. One of David's mistresses wrote me recently after reading the book and apologized for being complicit in his behavior. She said David talked about what a terrible person he believed himself to be. Shame is such a common reaction in people with a mental illness─they may feel out of sync with others, broken or damaged. That loop of negative feedback combined with a lack of impulse control allowed David to act on his feelings of failure. His shame prevented him from ever compassionately acknowledging himself or his struggle. I have forgiven him for his lack of insight and the way in which he wounded Sophie and me. I forgave him for his suicide because I saw the depth of his emotional and physical pain. It never abated.

Whether we're dealing with mental illness or various kinds of trauma, I find that the most important component of resilience is the support of others. Nobody can do it alone. I love that you end your book with the quote: "Look to the living, love them, and hold on." But one of the difficulties in helping your husband was that he was "unreachable" for all the people who tried to help him, including his family, friends, and doctors. How can we be there for someone despite them pushing everyone away?

That's an excellent question. I'm convinced that the only way we reach people is by teaching them emotional literacy early in their lives. David's family didn't talk about mental health. They viewed mental illness as a moral weakness and a personal failing.
I'd like to see emotional literacy taught from pre-school to grad school. I'd like educational systems to realize our greatest failing may be in allowing young people to be ashamed of who they are. We can teach the skills of mindfulness and acceptance. We can fill a person's emotional toolbox so that they never perceive themselves to be as alone in the world as David.

In the months and years after David died I needed to rely on others, face my vulnerabilities and ask for help. It was a humbling and heart expanding experience. We are so much more alive when we share the breadth of our human experience with others. Saying, "me too," carries enormous power.

I was broken by David's death. But I've healed those places by allowing myself to love again, fully and unconditionally. It's a powerful thing to have endured an unimaginable tragedy. We never got "closure." But, we moved forward. And forward is a thing of grace. 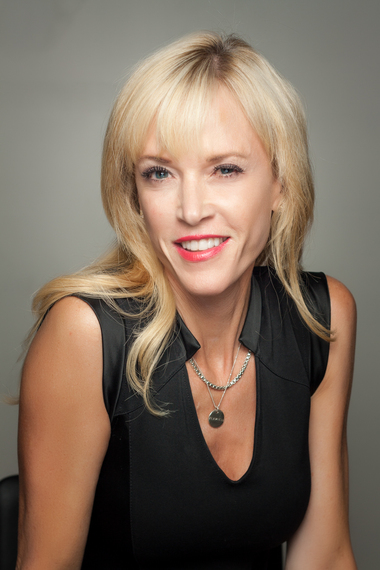 Sheila Hamilton is a five-time Emmy Award-winning journalist and the author of the new memoir All the Things We Never Knew: Chasing the Chaos of Mental Illness (Seal Press, October 2015).