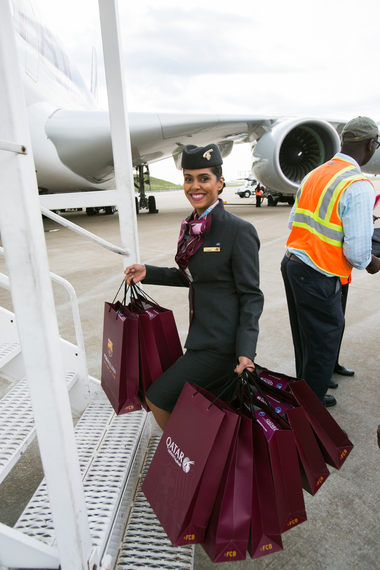 There were some complications in the departure of Qatar Airways inaugural flight out of Atlanta to Doha, Qatar on Wednesday June 1, 2016. The airport can only accommodate one jumbo jet A380 aircraft, which is the biggest commercial aircraft in the world, and Delta Airlines has the lease to that gate. Delta doesn't have a plane that big, but in the Atlanta based airlines vigilant effort to remain king of this southern domain, they have the lease. It's usually occupied by Korean Air's A380. But, there's a new carrier in town, and for their inaugural flight out of ATL, the CEO of Qatar Airlines sent their jumbo jet A380 to celebrate. But apparently Delta Airlines had been resisting their entrance to "the world's busiest airport", since 2009. So with that history it's hard not to think that Delta saying the gate wasn't open available for Qatar Airways first flight out of Hartsfield-Jackson wasn't their latest petty attempt of resistance to a non-affiliated airline. 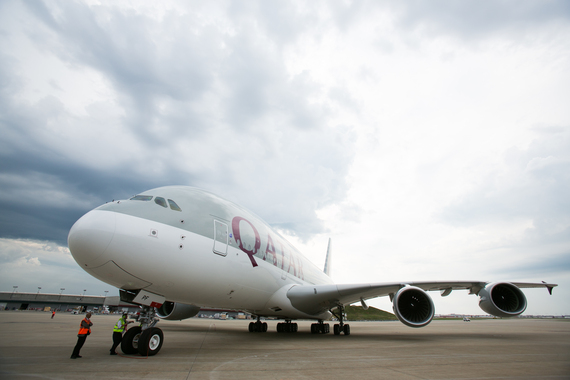 With that, passengers had to be bused to the airplane in the middle of the tarmac. It actually made for dramatic reveal as the huge jet rolled it's way into position. You can hear gasps of "Wow's" from those on the bus with me. The plane dwarfed all others as it mosied on past them. It was like Shaquille O'Neal compared to every other human. The wings held four of the largest engines I've ever seen and then we had to be lifted to the cabin door. The double-decker, wide-body aircraft can hold over 500 passengers. The economy class is one of the best on the market. The seats offer more legroom, a greater angle of recline and contoured headrests. The second story holds a few more economy class seats, but is mostly reserved for business and first class, equipped with a lounge. 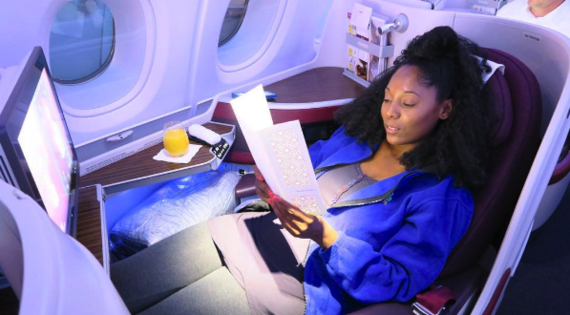 The lounge is very nostalgic of airlines of old. It's the perfect social area if you want to connect with someone you met on the flight, and also a great place to get up and be free from the constraints of your (already posh business or first class) seat. A full bar, snacks, desserts and even more, if you asked for it. You don't have to wait for a designated time to order meals. You can order anything from the menu, whenever you wanted it. 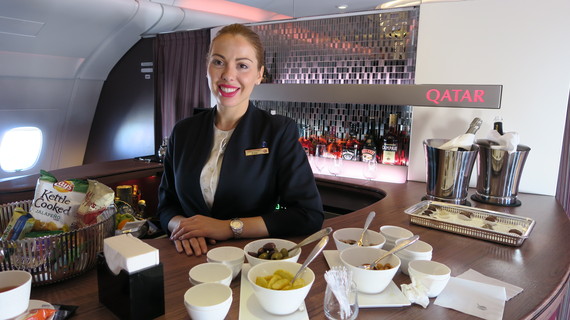 One thing I've noticed from traveling on international carriers is that there's a particular emphasis on the beauty of the flight attendants, male and female. (I suppose in US law you can't hire with that as a requirement. And I'm not sure that these foreign carriers do that either. But it is something that you'll notice when you travel abroad.) The flight attendants were not only attractive but so attentive. Each only having to serve a small section to ensure our comfort. After on-boarding we were given something to drink and a hot or cold towel. We placed our orders for our first meal, to be delivered whenever we wanted to. Then the fancy amenities bag came. It had socks, eye mask, toothbrush and paste, ear plugs, lip balm, hair brush/comb combo, night eye gel, face cream. 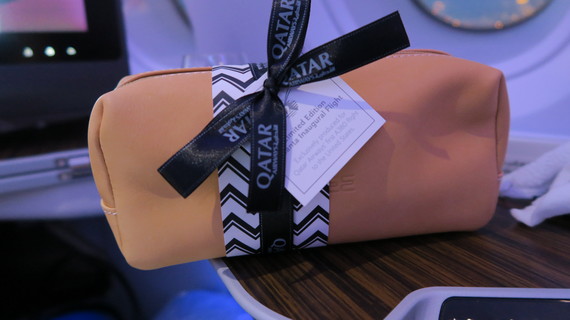 Next we were delivered soft and comfy pajamas. I pulled them out to check the size and read that they were made by Missoni. These were special for the inaugural flight. But, business and first class customers will always be treated to a designer amenities bag and Qatar Airways pajamas. After eating, I cozy up, transition my seat to a bed and take a sleep for about eight hours. With about four hours left in the journey, I get up to complete some work on my laptop. Amazingly, Qatar Airways was able to provide wifi for this overseas flight. (Most carriers aren't able to accommodate wifi over water.)

I met a handful of guests pre-flight and during, while hanging out in the lounge, who made plans just so they could fly this huge aircraft with Qatar Airways. We all realized that It was a rare and special occasion to be able to fly in an A380. We were exposed to the comfort and luxury that many of the U.S. carriers have abandoned years ago in exchange for efficiency. Though we don't expect any more ATL stops for Qatar Airways jumbo jet, the middle-eastern carrier has started its daily routes to Doha. There's many articles about Delta Airlines being unhappy with Qatar's arrival in the market. And maybe it's because they fear that once more people are exposed to Qatar Airways standard of service, they will be exposed.