Kathy Fish's stories have been published or are forthcoming in The Lineup: 20 Provocative Women Writers (Black Lawrence Press, 2015), Yemassee Journal, Guernica, Indiana Review and various other journals and anthologies. She is the author of four collections of short fiction: Together We Can Bury It (The Lit Pub, 2013), Wild Life (Matter Press, 2012), a chapbook in A Peculiar Feeling of Restlessness (Rose Metal Press, 2008) and Rift, co-authored with Robert Vaughan (Unknown Press, 2015). She has recently joined the faculty of the Mile High MFA at Regis University in Denver where she will be teaching flash fiction. 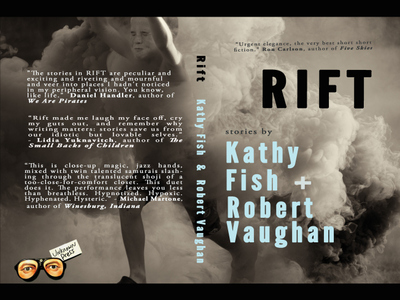 Loren Kleinman (LK) Talk about the premise of RIFT? What's the significance of the title?

Kathy Fish (KF): Robert actually found our title, well before we had much of an idea of what the collection would ultimately be. I liked it immediately. One strong word that connects on so many levels, that speaks to so much human experience. We started to find "rifts" in all of our stories, then searched for the fault lines and fractures in the new ones we wrote. It became an organizing theme for the work that we both found interesting to play with.

Robert Vaughan (RV): We had fun using a thesaurus and coming up various options for the four sub-sections included in RIFT as well: Fault, Tremor, Breach and Cataclysm. Once we selected those, it made the order and internal pairings of our stories thread more closely together. 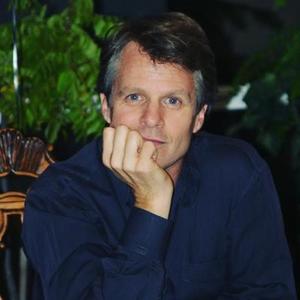 LK: I love stories about love, even twisted love. I loved the story "Dehydration." Is every letter a love letter? Inside and outside of fiction?

RV: I also love stories about love and return to this theme often. The first draft of "Dehydration" was written upon hearing the news of a close friend from my twenties who had died of cancer rather abruptly. We'd not been in contact for many years. I wrote the piece from the point of view of her father, who I'd only met once in real life. I love your premise that every letter might be some iteration of love, a gesture inside that realm, both in the fiction world and in real life.

LK: One of my favorite stories is "Go Dog." Especially the last paragraph. The story reminds me that all we really need to do is listen to nature, to observe and seek comfort in loss. What's the role of spring in the story?

KF: Thank you! That one has a place in my heart, too. I wanted to make that turn, at the end. Both the woman and the dog were so disconnected and discombobulated in their grief. I wanted that moment, when everything was at its most terrible, for them to connect and find hope. And there is nothing more hopeful than spring, right? Even though, in that ending, spring is still a ways off, there is the feeling that it's close if one only hangs on a bit longer. 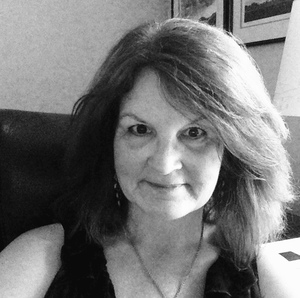 LK: Is there any ending you'd rewrite?

KF: Great question! I actually rewrote the ending of "Sea Creatures of Indiana" from the version that ran in Alice Blue. Now, looking at it, I wish I'd stay with that simpler version, with a few minor changes. I like the version in the book, but feel like my initial instinct was maybe better.

You know how there are actors who refuse to watch themselves on screen? I'm kind of like that with my published work, especially in book form. I always see things I wish I'd done differently. Ack. It's painful.

RV: I agree with Kathy here, and honestly, I'd change probably all of the endings given time. We published RIFT within nine months, from generating most of the new material through several editing sessions, and to publication. There is an internal process where you have to trust a piece is just done. And you know it never truly is.

LK: Do you consider flash fiction or short fiction magic? Why?

RV: I think it is magical in its essence, how words can spin a yarn in such tight space. I know there is often more of a visceral reaction to flash fiction than, say a longer short story or novel. And it is somewhat magical to trust all of those unsolved mysteries that are a reader's option to infuse.

KF: Yes, actually, I do consider short fiction magic. If it's successful. I mean if you can move someone, make them think, make them care, leave a tiny footprint on their heart, in the space of a few hundred or a thousand words, that's a sort of alchemy isn't it?