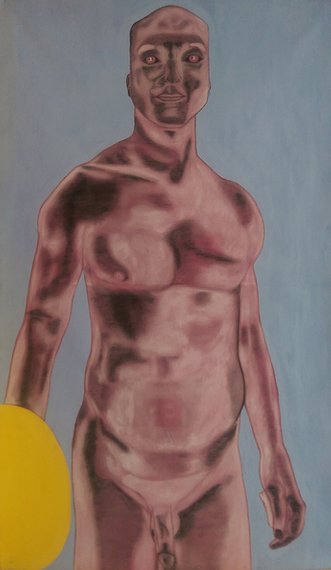 Once the anger that consumed me in the wake of my sex change dissipated, the heart of fury surfaced: grief. The sadness went deeper than any loneliness I had ever felt before -- it was sorrow to the bone.

I was sad that I had missed out on growing up as a girl. There were all those routines on the pommel horse and the rings in gymnastics, when I dreamt instead of performing on the beam. Then there was my first kiss in junior high, which had been not girl meets boy but the other way around. And later on there was the first time I had sex with a guy -- from inside a body that felt like someone else's, at the start of a spiral down into sex addiction in search of an escape from the inescapable.

I was sad that things were somehow short of right with my first boyfriend in college, and likewise with lovers in Guatemala and Egypt and elsewhere, even though there was affection. Feelings and desires and longings for companionship pulsed in my heart. It's just that, when they percolated into expression, they were always fucked up. Everything seemed so... almost.

I was sad that my dad did not get to play father-daughter sports with me when I was little, that my mom lost a son and suffered what she termed my "teenage girlhood" when I was already an adult, and that my brother had to feel embarrassed when we went to the opera early on in my transition and people stared.

I was sad that so much time was lost. That my friends from childhood knew me half hidden. That I had to learn about being female in the world, and flirting, and dating, after what seemed like too late to catch up. And that I had to expend so much effort, so much money and so many hours researching and doing stuff like dilating my vagina after surgery -- all in order to get and maintain the right body parts -- rather than living life.

But of course I was living, the whole time, and each breath presented a gift if only I had paused to unwrap the self-engrossment that suffocated appreciation.

Jettisoning my indignation yielded the hope that happiness is possible even if reality isn't perfect or anywhere near it. When is existence, ever?

The one part of sadness that lingered no matter what was the prospect of solitude in love. Plenty of men abounded; they always had. The problem lay with me: I believed I had nothing to offer them -- no uterus and therefore no children, not a female body exactly but in its place the approximation of one, and, where the promise of a kiss should be, a smile tinged with apology at the edges.

The handful of guys who melted through that wall of ice were something else. Stigma meant nothing to them. Even after we broke up, for example, my first (post-sex-change) boyfriend said that he was proud to be with me and walk down the street together. Is it wrong to say that my femininity, and perhaps even my identity, arose in part following the fertilization of love?

Even as my transition churned on, however, the question still remained: when would I learn to see in the mirror what others said they saw in me? And, once I did, how could I reciprocate?

I met my first love as a woman through an online dating site, the second also online but from an ad I placed for a cycling partner, and the third at dance class nowhere near a computer. Each encounter was, I guess, moving closer to real life -- one that I always wanted to live.

Does being transgender really have to do with anything? If so, not much in the end: a man who opens his heart signifies completion for me -- he is at home with his body, and, now, I can be too.