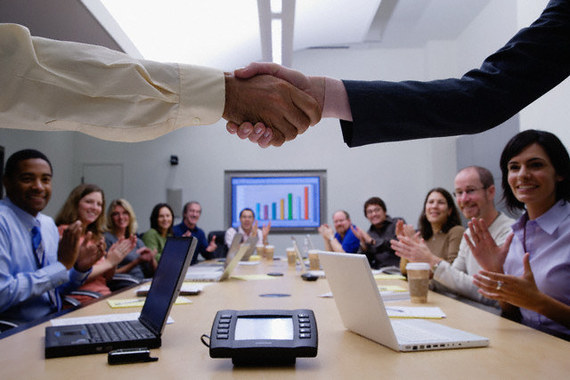 In our efforts to inspire leaders to see what's possible, many people, including me, often discuss leadership practices from the perspective of what great leadership ideally looks like.

However, as anyone who has ever led a team knows, whenever there is more than one person involved in any endeavor, things are often quite a bit messier than the ideal scenario we may have in our minds.

One area where this is especially true is during a team decision-making process. Getting a group of people to come together and agree on a decision can be one the most difficult aspects of leading or working on a team.

Sometimes, even when the process seems as though it goes very smoothly, subtle forces are conspiring to prevent the best decision from being made.

I recently had a chance to chat with Don Maruska, the founder of three Silicon Valley companies, and the author a very helpful book on the topic of team decision making, called How Great Decisions Get Made.

In our discussion, Don pointed some of those forces, and offered some great ideas - below are three - for keeping those forces in check so our teams can consistently make the best decisions.

Getting Important Perspectives by Enlisting As Many People as Possible

For any major decision, it is well worth a little extra time up front to identify all of the stakeholders affected by a decision, and all of the people who could have a valuable perspective to share on the issue at hand, and do the best we can to involve them in some way in the decision making process.

This can be especially true when making a decision that affects our customers. Sometimes involving a front line person who interacts with customers every day could yield an incredibly value insight into the problem and its solution.

Solving the Most Important Issue

Another worthwhile use of time for any major decision is to ensure that there is clarity on the issue really is. It would be a shame to spend a good deal of time resolving an issue that is actually much less important than another issue that hasn't been well identified.

Removing Defensiveness from the Equation

Have you ever noticed than when you get into a discussion on a topic that you care about, you get a little charged up? That charged up feeling is likely a variation of the stress response in the body.

When people talk about something we care about, it's as though they are talking about us. It's easy to feel as though we're being attacked when in fact it's only an idea that's being attacked. This results in the self-defense system - the fight-or-flight response - being activated in the body.

The fight-or-flight response is very helpful when we're actually in physical danger, but when we're simply trying to reach a good decision being in self-defense mode can have disastrous effects.

As Don mentioned in our discussion, we start to use less of our pre-frontal cortex - the executive center of the brain, largely responsible for rational, higher level thought.

Maruska offered a number of tactics that can be applied to systematically reduce the levels of self-defensiveness from the equation and thereby consistently reach better decisions.