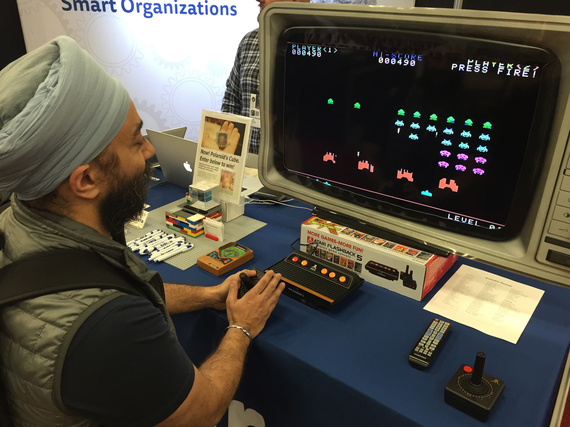 In my hometown of Cincinnati, if you say the word mashup it most regularly precedes a conversation about Glee or that girl combining Taylor Swift songs. Yet amongst technologists, "mashup" evokes imagery of combining distinct applications together to create something new and amazing -- like seeing how far your pizza delivery is on a Google Map or scrolling over a politician's name anywhere and seeing who gives them money.

South by Southwest (SxSW) "mashes up" film, music, interactive (tech) and many of the industries they significantly influence into a 10-day extravaganza of never-ending combinations of thought and possibility. Some feel like the next peanut butter and chocolate, others fit together more awkwardly than Canadians trying to be mean. They say you can only experience your first time once, so as a conference and mashup connoisseur -- but South by Southwest rookie -- I thought I'd mash-up a couple of observations and alleged insights from this year's event.

South by Southwest succeeds because it moves beyond the single story
In Chimamanda Adichie's wonderful TED talk on the dangers of the single story, she highlights the dangers of a one-dimensional view of how things are -- you are poor, she is educated, a country is corrupt. The single story flattens three-dimensional experience into a more limited view. In the context of innovation, SxSW succeeds because it provides richness and texture: musicians thinking about marketing technology for YouTube, athletes making music and film, technologists invading sports performance, and much more. It becomes the norm to feel like both the expert and neophyte in the same conversation. A repeated theme for me and many others was the value of serendipity and unusual inspiration caused by an unplanned SxSW moment.

South by Southwest brings out the excitement of large and small innovation
In one afternoon, I saw a machine that printed vinyl records, reminisced by playing space invaders on an original Atari machine, got a glimpse into how NASA used crowdsourcing to identify asteroids more accurately, and heard Astro Teller talk about failure and flying drones, self-driving cars and Internet connectivity enabled by hot air balloons. While some of these will just nudge my musical tastes and others may transform the world, the excitement in seeing something new is intoxicating. It's hard not to leave the event craving for such inspiration on a more constant basis.

Mashups aren't just fun, they are a critical part of the next era of innovation
With sessions on topics like wearables and health care, technology and sports performance, and self-driving cars, the power of the combination of hardware, software and community were on full display.

In many cases, a pattern began to emerge. Hardware became the critical first step -- a wearable heart rate monitor that could become the size of a sticker and cost just a few dollars, 3D printing nearly anything, or every Internet of Things (IOT) demo. Once in place though, what created value shifted to how well the software behind the hardware works. Is it easy, is it powerful, is it fun? Then, to truly become market-dominant, required community. A wearable fitness tracker that let me challenge my friends becomes about more than me. This principle extends to the collective data of an entire community and its ability to drive greater insight into health, disease, performance, anxiety or whatever else your system solves for.

It's a fairly profound set of implications in light of how technologies like the Internet and enterprise cloud technology succeeded and scaled because they avoided hardware and ignored community until they were already established. Mobile partly changed that with its ubiquity, but still was like accessing a computer.

In the future, it will still be possible to succeed without mashing up innovation. But the combination of hardware, software, and community adds an entirely new dimension for driving innovation through integration. The next generation of innovations will often require this combination and will not be just in the domain of technology giants.

Rallying around the 'underdog' is about more than doing right; it represents untapped potential particularly critical to innovation
Civil rights, equality, immigration, diversity are more often considered political discussions or occasionally HR topics at organizations. Over time though, many have begun to realize that stereotypes that prevent talented people from joining and contributing to an organization are not in the firm's own best interest. This line of reasoning has grown because of its appeal to a broader audience and because of particular constraints surrounding certain key skills in organizations.

Yet, for organizations that must innovate to succeed in the future, there is another aspect to this need. In tomorrow's world, innovation often occurs through mashups of hardware, software and community; new solutions mashup industries like music, film, sports and technology; and consumers are more global, diverse in age and location, and breaking traditional gender constraints. All of these require a different and more diverse views on the next epic innovation. So even tapping into great talent -- if it's homogenous -- handicaps the likelihood of understanding technologies, markets and consumers. Tom Brady may be your most loved (or hated) quarterback, but no one would think 11 clones of him would create a great offense. This fact becomes particularly relevant once a few firms escape the shackles of stereotypes to become your future competitors.

Explore these observations and the flavor of South by Southwest

PHOTO GALLERY
A Rookie's Journey Through the Mashup that is South By Southwest
Download
Calling all HuffPost superfans!
Sign up for membership to become a founding member and help shape HuffPost's next chapter
Join HuffPost 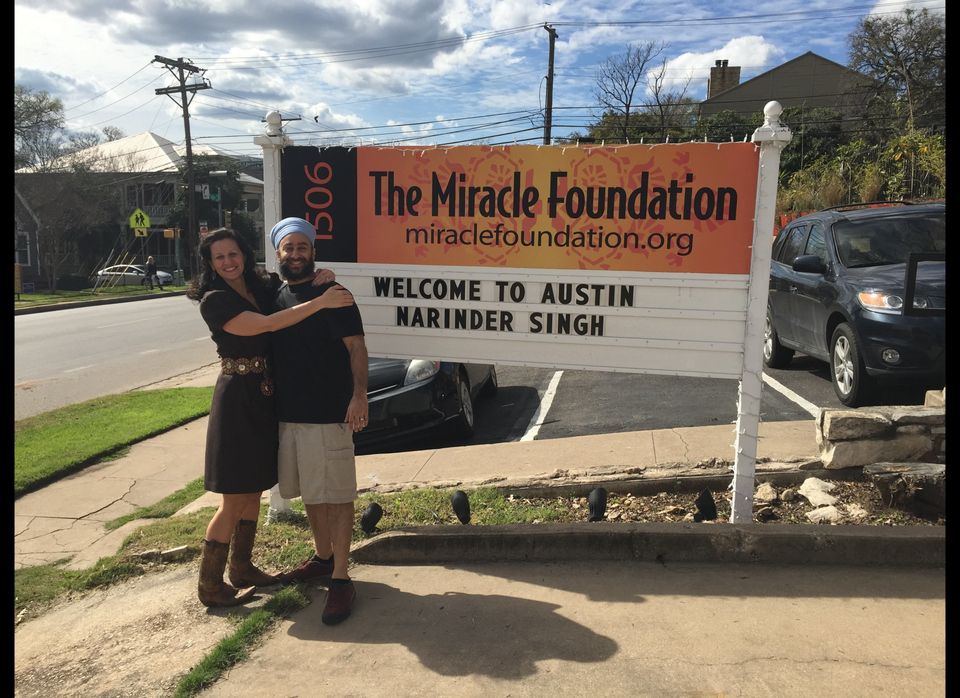 1 / 14
Get Local and Give Back - The Miracle Foundation
<a href="http://www.miraclefoundation.org/" target="_hplink">The Miracle Foundation</a> is an inspirational non profit that helps orphans in some of the poorest places in the world reach their full potential. Started by Caroline Boudreaux, a World Economic Forum Young Global Leader, its combined outstanding professionalism with and outstanding cause that helps the most vulnerable amongst us.