Last week, we were invited to preview a new documentary about the life of Tony and Pulitzer Prize winning playwright August Wilson -- August Wilson: The Ground on Which I Stand, produced by the award-winning filmmaker Sam Pollard.

The documentary will debut on PBS stations nationally this week. This film is a beautiful legacy. It sheds light on a very gifted man who, like many creative people, was raised under difficult circumstances in an underserved area of Pittsburgh. All of his plays were "doors" into the black experience, and from many eras of the American story. In the film, several award-winning actors, who loved the man and the plays he created, shared his life through first-hand stories.

The documentary really touched me as I've been influenced by theater and the arts my entire life. A friend of my mom was the personal assistant to Mary Martin, the great "grand dame" of musicals. Each time Ms. Martin performed in Los Angeles, we were there. A highlight of the experience for a skinny eight-year-old, was the opportunity to visit her dressing room and see the mysteries of the stage first-hand. It was all so very exciting.

My father, Rex Stewart, was a jazz musician with Duke Ellington for over 15 years, and thus introduced my siblings and I to the world of entertainment at a very early age. Being raised in the 50s, it was really clear that seeing a play written by a black playwright was pretty rare, let alone attending a black theater, especially in Los Angeles where I grew up. New York City had a more robust black theater scene and better-established outlets for creative black people.

The Ebony Showcase Theater in Los Angeles was one of the few locally owned and operated black theaters in Los Angeles when it opened its doors in the '50s. Nick and Edna Stewart (Nick played "Lightening" in Amos 'n Andy), were determined to bring theater to the black community, and they wanted to make available a place where up-and-coming black actors and playwrights could practice their craft. Since the Stewarts were friends of my family, it was quite natural for me to visit the theater to see some of their shows and watch the whole practice of stagecraft.

To be honest, it wasn't until much later that I became aware of the importance of this theater and how many black playwrights and actors walked the boards there. I knew of the most famous plays written by black Americans, Raisin in the Sun, For Colored Girls, The Dutchman etc., were performed in this theater, but the theater was also the training ground for many who later became very well known -- John Amos and Isabel Stanford were examples.

February is Black History Month, and it is usually celebrated by the media and others by trotting out some of the older, well-known black heroes. I hold nothing against this practice, but to me, it's the "easy way out." Just dust off George Washington Carver and Martin Luther King (both great role models), and not take the time to delve into black history or culture to find other important icons. A playwright like August Wilson is someone to be publicly honored on a grand scale. His concepts, words and content, are clear insights into the ups and downs of the black experience. All of his plays received acclaim and nods from the beat critics and the general public.

The new documentary is an excellent opportunity for my grandchildren to understand where we came from and what our proud place is as black people in America. August Wilson's plays have done just that and captured the speech, culture, rhythm and heart of the black experience as seen through his eyes. This documentary catalogs such an important legacy, and I applaud those responsible for perceiving more than the obvious and supporting the production of August Wilson's life. PBS stations like WQED, WYCC, WNET and corporate entities like PNC Bank have moved forward together to tell a story that needs to be told.

Attending the theater continues to be important to me, and I hope to instill it in my grandchildren. Currently, I am a proud subscriber and supporter of the Lyric Opera, Chicago Shakespeare, the Goodman Theater, Steppenwolf Theater and Congo Square. However, what has become exciting is the increase in the number of black theaters, playwrights and actors on the stage. August Wilson died in 2005, but giants like him made this happen, and there are more creative black heroes out there who need to be seen and heard. Let's hope this film inspires more to do the same.

For more about the film, go to PBS.

For a full list of his ten plays visit August Wilson Playlist. 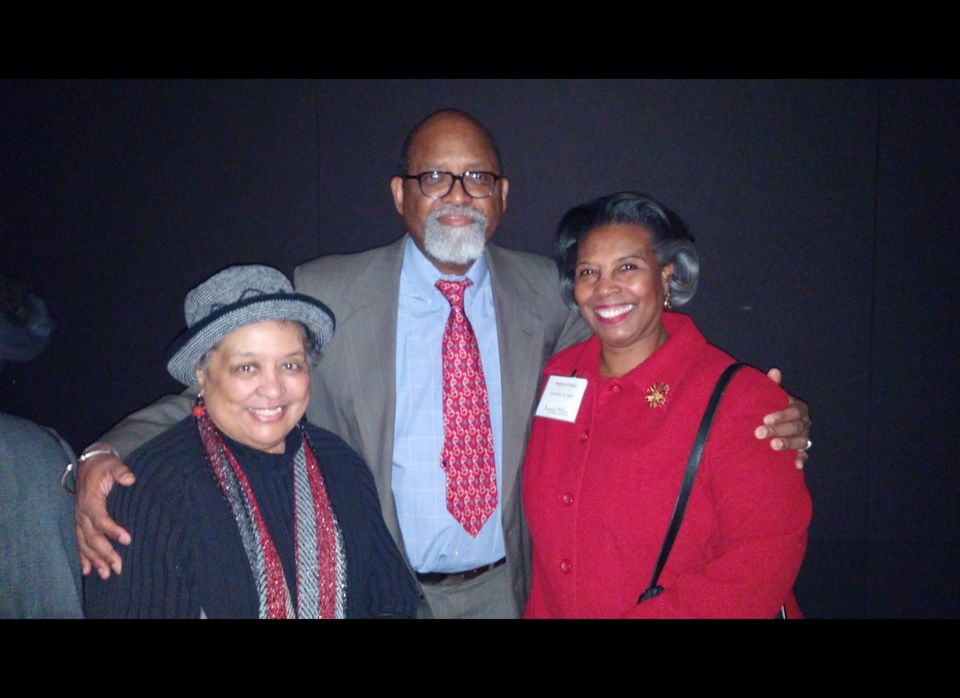 1 / 4
Director Sam Pollard
Pat Johnson and Regina Fraser, hosts of the Grannies on Safari with Sam Pollard, director and producer of the new documentary "August Wilson: The Ground on Which I Stand" which releases on Chicago's WYCC this weekend. (Photo courtesy Grannies on Safari)