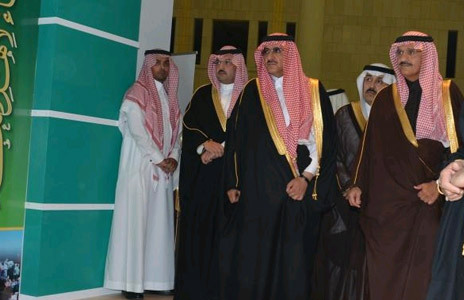 Clinical psychologist Abdullah al-Garni serves a niche clientele: recovering jihadists. He heads the mental health division at the Mohammed bin Naif Center for Counseling and Advice, a halfway house for members of Al-Qaeda and other groups who have served prison time in Saudi Arabia or at the U.S. Government-run Guantanamo Bay detention facility. The Center aims to persuade its "beneficiaries" to forswear terrorism, then release and reintegrate them into Saudi society. To these ends, a team of Muslim clerics use traditional Islamic legal texts to argue against jihadist ideology, while teachers offer vocational training in other fields. Garni employs psychotherapy techniques to address personal problems which may have played into the violent mindset, and families of the fighters pay visits to ease their homecoming. Claiming a recidivism rate of 12 percent, Center staff say they hope to create a model which can be exported to the region -- and have indeed begun to work with officials in nearby Yemen and the United Arab Emirates in building similar, nascent facilities.

Garni, for his part, believes in a more expansive goal: He would like to see reforms implemented throughout Saudi Arabia that serve to preempt religious radicalization in the first place. Like a growing number of voices in the Saudi public discussion, he faults a group of activist clerical elites in the country for imposing a severe interpretation of Islam that lends itself to terrorist recruiting. But Garni's views are particularly significant because he is neither a media personality nor an opponent of the monarchy, but rather a fierce stalwart of the kingdom's security establishment. His ideas are a window into the state's internal discussion about its own future -- and provide insight into the potential for Saudi Arabia to achieve systemic change.

Q: What psychological methods do you use to counsel jihadists at the Center?

A: We use schema-focused therapy to address the beneficiaries' maladaptive behavior, and we work to identify and dispel "irrational beliefs."

A: There are eleven universal irrational beliefs that were identified by Albert Ellis in his book Reason and Emotion in Psychotherapy. We are concerned about all of them. But in addition to these, two were introduced by the Jordanian psychologist Suleiman Rihani as particularly common in Arab societies. One is the view that in relationships between a man and a woman, the man is the basis and the woman follows. I see this as a quality of Arab culture that predates Islam. The other is the bifurcation between private and public behavior. That is, when I'm in the company of certain people I follow the social norms, whereas when I'm at home I think and act differently. If you believe in yourself as a unique person, you have to learn to behave by and large consistently. We try to instill this principle.

A: Some of the clients have panic attacks or obsessive-compulsive disorder, or suffer from depression. Others have somatization disorder, meaning complaints of physical pain that may or may not actually have a physical cause. The latter may stem from their long years in prison. There are manifestations of Post-Traumatic Stress Disorder, leading us to employ trauma-focused therapy in addition to schema therapy. We are also interested in the psychological traits of criminals broadly speaking, and accordingly are appropriating a version of the Psychological Inventory of Criminal Thinking Styles that is taught at Texas Christian University.We're tailoring it to our own society, thanks as well to Saudi research on common criminals in our own prisons.

Q: But can jihadism be reduced to a combination of psychological factors, or isolated from ideology and religion?

A: People who say they can reduce terrorism to any one or handful of factors are wrong. What I do at the Center is one component of a multidisciplinary approach that we call "bio-psycho-social-spiritual." And while Islamic legal counseling is another crucial component, we believe that terrorism at heart has no religion, and find ourselves benefiting greatly from studies of terror groups in non-Islamic cultures, ranging from the Irish Republican Army to the Tamil Tigers.

Q: How did Islam come to be used as a justification for terrorism among Saudis?

Q: Is the Saudi government doing so?

A: This Center is an example of an area where the government is doing its part. After finding a terrorist and punishing him for his actions, we take him in and try to reacquire him, reeducate him, and fit him into the society again. This is good. But the question is whether it's enough, and whether other divisions of government are doing their part as well.

Q: Which divisions do you have in mind?

Q: What are some examples of changes you'd like to see?

A: For one thing I would like to see a lifting of the ban on teaching philosophy and logic in Saudi universities.

Q: But many clerics regard those fields as "innovations" and therefore heretical.

A: Yet philosophy and logic as understood today are in large part a credit to Islamic civilization. We hear today about the "Frankfurt School" of philosophy, for example -- but there was once a "Baghdad school" under the Abbasid empire. There was a Granada school. There was [tenth-century Abbasid philosopher] Al-Farabi's seminal work of political philosophy, The Ideal State. There was Al-Kindi, Averroes, and Avicenna.

Q: So you believe in making arguments within the framework of Islamic tradition in order to expand the educational space.

Q: Are there clerical elites who can be persuaded by your arguments?

A: You have to start by putting the right people at the top of the religious hierarchy.

Q: Where are the right people going to come from?

A: The three Islamic universities in our country are Al-Imam Muhammad University here in Riyadh, the Islamic University in Madinah, and Umm al-Qura University in Mecca. The next generation of clerics come from there. Considering this, I think it is instructive to observe that Christian universities in the West don't devote all their resources to teaching the religion itself. They also have technology, medicine, and so on. I think that the mixture of students is an important element of the change -- which is why I'm encouraged that, for example, Al-Imam Muhammad University has now introduced engineering and psychology faculties. Umm al-Qura has brought in engineering and medicine.

Q: On the matter of public schools and schoolteachers, what are some measures you think should be taken to challenge hardline messaging in classrooms?

A: In the US, for example, there are educational boards that certify teachers -- and also have the power to revoke the certification of a teacher -- on the basis of objective criteria. In Saudi Arabia, our health council certifies health professionals, but we do not have an equivalent for teachers. Perhaps it is time to introduce such a system in the Saudi schools, and have a conversation about what the criteria for teacher certification should be.

Q: How would you achieve that?

A: You have to start with the planners -- those in the ministry who draw up five-year plans, 10-year plans.

Q: It sounds like a lengthy process. What about children who are in school right now?

A: Some Islamic jurists, as well as giants of Islamic literature such as Ibn Khaldoun and others, have suggested a division of responsibilities, whereby schools teach only the essential precepts of Islam, while the parents bear responsibility for elaborating on those precepts with their children.

Over several visits to the Mohammed bin Naif Center, the training academy for the Mabahith al-Amma (General Security Directorate), and the maximum security prison at Al-Ha'ir, I found Garni's views to be largely consistent with those of numerous security sector officials. The prevalence of these sentiments warrants consideration in the American debate on Saudi Arabia's capacity for "change from within." So, alas, does the grievance shared by several of the officials I met that other Saudi ministries are not shouldering their share of the responsibility to reduce extremist inculcation in the country.

In the days before President Obama's visit to Riyadh last month, activist groups, media, and a think tank urged him to add human rights, gender issues, and educational reform to his agenda. Amnesty International, for example, called on the President to appoint a female Secret Service agent to drive him around the city as a show of protest against the Saudi ban on women's driving. Others advised him to raise specific human rights cases in talks with King Abdullah bin Abdelaziz. A think tank report, apparently timed to the visit, asked why the State Department had declined to release a new study on Saudi textbook reform. These efforts tend to be predicated on the belief that outside pressure on the monarchy makes internal reform more likely. There is also a tendency to dismiss the US Government's so-called "soft approach" to Saudi reform as kowtowing to broader regional security and oil-related interests.

But input from Garni and his colleagues suggests that a more nuanced discussion about Saudi reform is in order. It demonstrates that the Saudi state is not a monolith, and that some actors and institutions within it support at least some of the changes Americans would like to see. Garni's willingness to speak bluntly and on the record with a foreign, non-government researcher, moreover, shows not only that Saudi officials today have the capacity for self-criticism, but also that they enjoy greater latitude than in the past to express it publicly. It suggests, as well, that the US government need not be the only actor to engage state elements in dialogue about domestic reforms. Thus the choice between "outside pressure" and "change from within" may be a false dichotomy, and there could be a more consensual role for Americans in and out of government to play in fostering systemic change.

This article first appeared as an E-Note, distributed by the Foreign Policy Research Institute.