I see a schism occurring in art being made in Chicago. And I doubt most artists who work on one side of the divide or the other even know. Let me offer some perspective.

The same things that imprint citizens of Chicago imprint the artists too. And so far it always has -- since the very beginning of the City. But at least in the art world, there is a change underway. I don't know if it will or already has taken hold, but I see it.

Chicago has always been a town with a solid blue collar base, a town where one is more judged by the quantity and quality of one's work than one's heritage or inheritance. That is one major factor that motivates the citizenry and the artists who work here.

A second key factor is Chicago's geographical location, away from the coasts where an awful lot of trends originate. Chicago has forever been aware of what goes on elsewhere and tends to respond by acknowledging what's happening there and then going right on doing what we already were.

Same thing historically for the artists here. Personally, I've tracked this to the early 1900s, but I bet it goes back further. Artists here known what is going on elsewhere, but they really don't care much. It's the courage of one's convictions over me-too-ism.

Take a look at any of your 5, 10 or 25 favorite Chicago artists. What do they have in common? Likely not much is aesthetically similar. There isn't much that unites them except a solid work ethic. That's why it is, and has been, good to be artist here.

Okay. That's the history in a way too small nutshell. Now the schism.

Maybe globalization is the problem. The art schools don't tend to see themselves as Chicago based. They see themselves preparing artists for global art combat. On the surface, that's fine. Artists are coming here to school from all over the country and all over the world. Their knowledge should be appropriate for wherever they go.

But the art world is insanely trendy with curators trying to conjure up what will be hot next and artists guessing what way they should move. Integrity is not a priority in the art world at large, though certainly artists have more integrity than the rest in the art cauldron And originality is not important globally either, which is why we see movements that lack sincerity or for that matter much quality.

Artists elsewhere are trendier than Chicago artists. They are more concerned about creating art in the style of someone who seems to be succeeding and they want to do it now, before the trend disappears and their opportunity is gone. So they invariably create fast, often sloppy, typically poorly executed, invariably soulless 'art' -- probably not something anyone should feel proud of.

But that's the nature of the art world; shallow, trendy, monetized and demeaning. It's also the ingredient for success, yet there are way more artists making art that is searching, educational, spiritual, challenging and sincere. It just doesn't get the same kind of attention. But then again, it may just be a reflection of our country and the macro-trends that we all fall prey to.

So there's the schism. There are artists in Chicago who came from elsewhere, were educated here and stayed and are entering a system that doesn't embrace them. But because of the schools and a couple of supercilious institutions, they have a sense of entitlement and are making inroads.

To some, the participants and their supporters, this is liberating (though one friend suggests it's all about the bar being lowered so far that it means anyone can have a chance). To others it seems like an invasion -- a violation of what has gone on here historically.

It's a fascinating issue that I've been thinking about a lot -- both in practical and philosophical terms. For a variety of reasons I like and appreciate what Chicago is and stands for. I like good, hard work, sincerity and people who have conviction, who know what they are doing and will stand up for what they believe in. I'm tired of sloppy, limited ability, unconscious prices and expediency over substance.

If you keep your observations sharp, you'll see a whole different dynamic occurring here. I'm glad to discuss this further with you and will in future ArtLetters.

Let's talk about some art exhibits.

Carl Hammer has a fabulous conundrum of a show by Wilson Bentley (1866-1931). From the late 19th century Bentley photographed snowflakes. The images are gorgeous, intricate and fascinating, They have just about everything that a good work of art has, but are they art, or science, or both? For me it's a powerful riddle. The images stick with me. Obviously we've all seen plenty of snowflakes, but have we ever seen them as clearly as we do in these 100-year-old photographs? A beautiful exhibit, full of wonder. 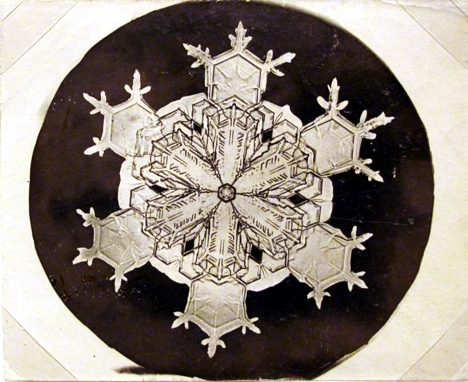 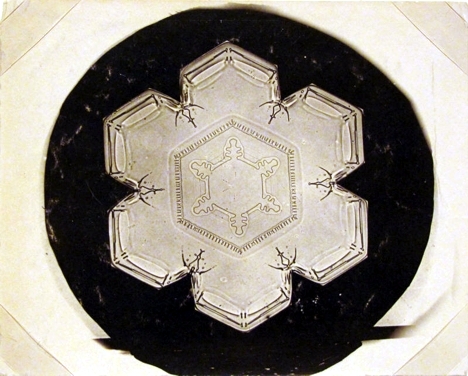 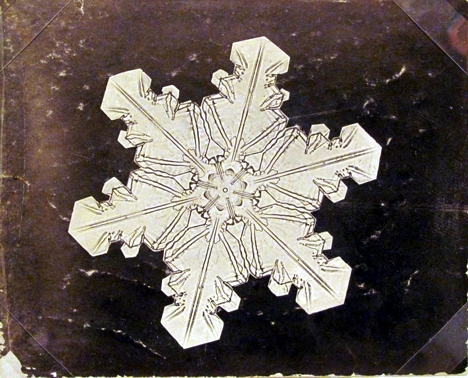 There's a new project space in Oak Park, in the home of Tom Burtonwood and Holly Holmes called What It Is. They, along with many others, exemplify what it means to be a Chicago artist, which is to say they work damned hard -- on their art and the art of others they respect. In their new two-person exhibit, opening Saturday, is the work of one of my favorite artists, Bernard Williams, as well as Michelle Welzen Collazo Anderson, who is new to me. Bernard builds fanciful sculptures from simple materials, relating to Chicago architecture and/or African-American iconography. The work is fresh, honest and insightful, no doubt enlightening both Bernard and his audience. I like what I see in Collazo Anderson's pieces. She is looking at the relationship between our commercial society, the design and structure it embraces and it's relationship to aesthetics, art, culture and I guess absolutely everything else. She's good. Some of her art is particularly salient in it's exploration of how society at large affects the individual. 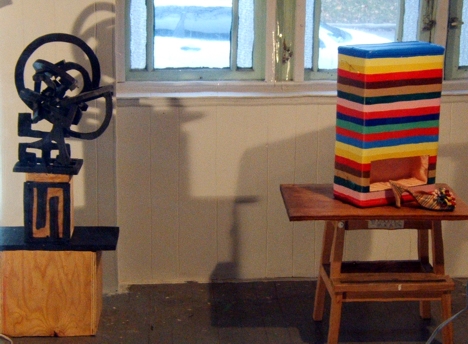 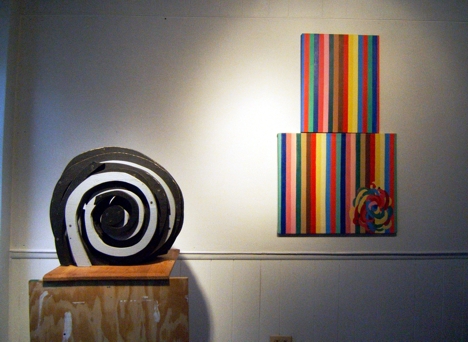 It's always a good time to look at art.

I'll see you out there,