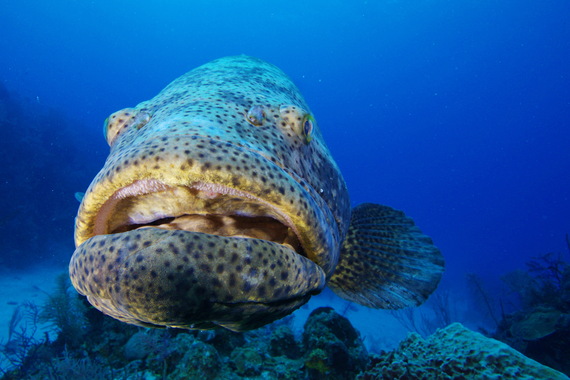 December marks the one-year anniversary of the renewal of diplomatic relations between the United States and Cuba. In that short time, we've seen tremendous progress on environmental cooperation with the nation that is located just 90 miles from the Florida Keys.

For nearly two decades, I have been traveling to Cuba to work with scientists and officials there because I believe that a healthy and pristine marine environment is important, not only for Cuba, but for the United States. The ocean does not recognize political boundaries, and our close proximity means the decisions each country makes to protect its environment will most certainly impact the other.

The past year's progress has been a culmination of years of work by so many individuals and groups. One of the most notable achievements was featured on an episode of the Discovery Channel's Shark Week, where a team of Cuban and American scientists placed a satellite tag on a longfin mako shark not far from the fishing port of Cojimar on Cuba's north coast. The tag popped off five months later, transmitting critical data on the shark's journey from the warm waters of the Gulf of Mexico to the frigid shoals of the North Atlantic.

These data will better enable managers in both countries to protect longfins and other vulnerable shark species from overfishing--data that's been hard to come by in the past because until this year scientists had been unable to get permission from either government to use these kinds of hi-tech tags in Cuban waters.

In April, a U.S. government research vessel from NOAA with Cuban scientists aboard, spent 28 days conducting an unprecedented scientific expedition around the whole island of Cuba. In October, Cuba unveiled its first-ever National Plan of Action to conserve and manage sharks and rays, an effort supported by U.S.-based scientists from Environmental Defense Fund and Mote Marine Laboratory. And in November, a team of natural scientists from the American Museum of Natural History worked alongside Cuban experts in the remote and mountainous wilderness of eastern Cuba conducting biological surveys of plants and animals.

Though overshadowed by negotiations on migration, property claims, and other more controversial topics, progress made toward expanding scientific exchange and environmental cooperation represents a true sea change in U.S.-Cuba relations.

The need for more cooperation in protecting shared resources and ecosystems is critical.

Consider, for example, the fact the Cuba will soon resume efforts to explore for deep water deposits of oil off its north coast, less than 100 miles from the Florida Keys. Talks now underway between the two governments should soon produce an agreement to work together to prevent and contain future oil spills that could devastate coastal communities and ecosystems in both countries.

Just last month, U.S. environmental officials signed a memorandum of understanding in Havana to collaborate with Cuban counterparts on the conservation and management of marine parks, including the Florida Keys National Marine Sanctuary and Guanahacabibes National Park in western Cuba.

Marine protected areas in both countries provide critical habitat for endangered sea turtles, reef fish, sharks, and other marine life that travels freely between our two countries. This MOU now commits both countries to work together to better understand and protect such habitats. In addition, the agreement should open the door to U.S. scientists who are eager to study why Cuba is home to some of the region's healthiest and least disturbed coral reefs. Such research can lead to new ideas for restoring coral reef ecosystems in the Florida Keys and elsewhere.

Finally, Cuban officials traveled to Washington, D.C. the week of Thanksgiving to finalize a Joint Statement on Environmental Cooperation, which commits both governments to significantly expand scientific exchange and environmental dialogue on a range of important issues, including impacts from climate change, overfishing, marine pollution, loss of biodiversity, invasive species and many more.

Though a handful of American conservation groups, science centers, and universities have a long history of collaborating with Cuban scientists and conservationists, such efforts have been limited in number and scope because of politics and policies in both countries which have constrained them. This joint statement should result in the removal of outdated rules in both countries and pave the way to progress in developing joint strategies and solutions for problems and challenges that know no borders.

In just one year, we've seen the revival of diplomatic relations enable a real breakthrough on conservation efforts. Our nations aren't just aiming at playing catch-up on environmental achievements for 53 years of a diplomatic freeze, but to one day set the gold standard for what is possible with true collaboration.