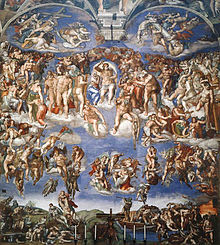 Truly great thinkers introduce a human dimension into what is generally thought to be a political condition. Once you introduce a broader question which usually means dealing with what Martin Buber called I/Thou rather than I/It relations, the latter of which turn individuals into objects, you add an unwieldy element of complexity. However at the same time you remove the kind of bifurcations that allow humans to regard themselves as being obstacles to each other's happiness. Albert Camus did this in his essay The Rebel and in his novels The Stranger and The Plague; it's one of the messages in the J.M. Coetzee's Disgrace. Put in another way, this is true identity politics because it forges identity rather than separateness between potential opponents who carry the weight of historical conflict on their backs. Genocides thrive on the lack of empathy for the other. In the Bosnian-Serb conflict of the 90's, ancient sites like Sarajevo and Srebrenica were a kind of a fuse which re-ignited centuries old grudges between Muslims and Christians. Millenarians who thrive on the notion of a final destination for history discountenance such relativistic and ambivalent perspectives. They propose a Manichaean view of the world in which there's good and evil and they justify murder and mayhem in the service of their cause, which they deem to be a greater good. Yeats' lines from "The Second Coming" are overly quoted, but say it best, "The best lack all conviction while the worst/Are full of passionate intensity."

"The Last Judgement" by Michelangelo

Arts Disgrace The Plague The Stranger