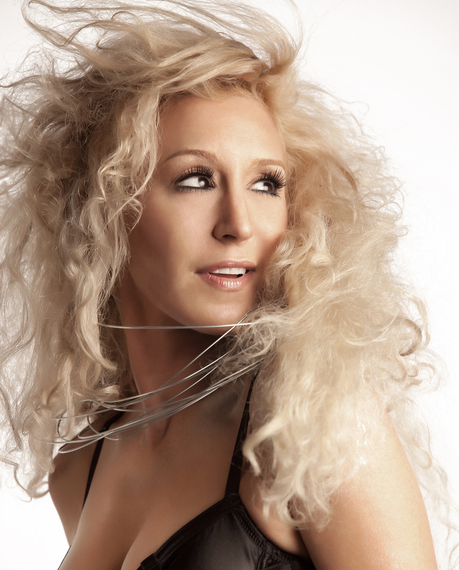 EDM (Electronic Dance Music) is defined merely as club music that is produced primarily dance-based entertainment environments such as clubs.

Jes Brieden aka JES is a singer/songwriter whose goal is to connect with her audience on more than a rhythmic level. Sure, anyone can dance to dance music - how many can say that they feel something from it? The lyrics heard in JES' music are definitely proof of that.

The two-time Grammy nominee has changed the game in a musical genre that has traditionally been dominated by men. JES has been named by VIBE Magazine as one of the Top 10 Female Dance MUSIC Acts of 2013 and one of today's hottest lady DJ's by Marie Claire.

Her recently released album Unleash the Beat Platinum has received raved reviews, JES tours the globe sharing her unique sound with her fans.

In a recent chat with the hit EDM artist, we talked about her work towards that Grammy, what motivates her, and what's in store for the future.

Thank you for taking the time to chat, Jes. It's a pleasure.

Thank you, Bryan. I appreciate it.

I know that you're from New York, but I feel like I'm hearing another accent in there somewhere mixed in. Is there another accent blended up with the New York accent?

People say that to me all the time. In my song As the Rush Comes, people thought I was from Europe. I was born and raised in Manhattan. I guess those of us from Manhattan have a plainer New York accent than those from the boroughs. It's really funny that you said that, I get it so much.

It does sound like there could be Europe in there. Anyway, congratulations on all of the success, particularly with the Grammy nominations. How does it feel?

It's been a long journey, but it feels really good. I've just been trying to write everyday. I want my songs to get better and better. I want that Grammy.

There's a stigma that exists; once you win, you become passe. Do you believe that?

I don't think that exists these days. What you're doing right now is who you are, and you are constantly having to prove yourself. I think it's nice to get awards and be recognized for your accomplishments, that isn't my motivation though. I don't think it becomes passe, I think it just makes you want more. (Laughs)

On the flip side of that, does the success become a lot like a drug?

I truly believe that it's something that keeps you going. The music business is constantly changing. It's all about keeping your game up if you want to last. The elder artists who have been around for a long who have contributed so much, have become iconic. The newer generation is different in the sense that you have to keep working harder and for a longer time - if you make it that success is earned, and hopefully appreciated. I don't think it's like a drug. Everyone wants to be successful for as long a period of time as the next person.

Do you think that winning an award can make the drive for success a little more business driven as opposed to the drive to be creative?

Once you're in the music business, even for myself at the level that I'm on, business already becomes such a large part of it - whether you want it to or not. I've noticed with each step I take to a new level, I become a different person after each accomplishment. It's a lot like life, every step you take and new height you reach you learn a little more about yourself; you grow and mature, and you definitely learn.

When did you know that you wanted to explore the depths of your creativity?

I recorded my very first song at a really young age. I always knew deep in my heart what I wanted to do. I think that it's a wonderful thing to know what you want, especially at such a young age. My mother was always really into musical theater, so there were always musical instruments around. I was always writing. I was blessed to grow up in a very artistic household. After I recorded my first song, it was the most incredible feeling. I never had to look back after that.

What did you do to put yourself out there and kind of push your boundaries?

How did you find your way to dance music?

It was when I moved to LA about 10 years ago, I got involved in working at a studio -- that's where I started doing dance music. I met a kid that was really into the dance scene. I was thinking, I'm a songwriter, I can do this. We would record songs at night and share them on the internet, at the time artists sharing their work online was just starting to become a big thing. The song that we recorded caught the attention of a big DJ and he put it on his album. That was the beginning of my dance music career.

That's fantastic. I noticed that you put a lot of emphasis on lyrics in your music and that kind of sets you apart from your peers. Is this a clue that we might expect to hear you branch out into another genre?

I am working on a couple of different things right now, one of which is an acoustic album that will be out in 2015. I'm very excited, it will be different for me. It's a full album and I'm sure my fans will find it very entertaining and soulful.

I'm sure that you are a role model for many of your fans. What do you have to say to your fans? Particularly, those that are trying to break into the industry -- any words of advice?

Charge ahead! When I started, I was really naive about the whole thing. That's a great way to be. You're always going to get more no's than yes' in the beginning, so you have to be strong and believe in yourself. You have to know your product and your worth. Strive to be great and do something to connect yourself to the industry every day.

Be sure to check out more about JES and listen to her unique sound at Planet Jes.