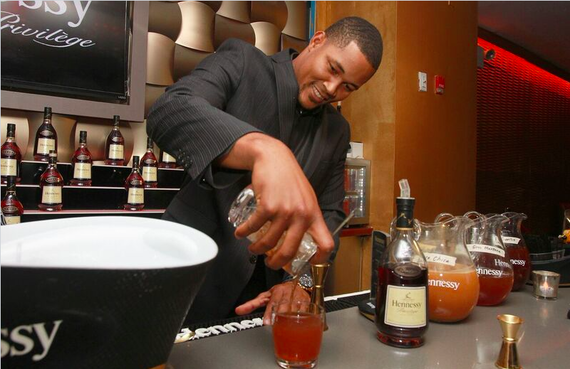 The New York Mets' 2016 season, so far, has been erratic. It started off a bit like that last year so, as a fan, something tells me the ship will stay afloat. After all, no one really thought this "team of the future" would go to the World Series last year. Sure, beat reporters gushed about their starting pitching and expected a return to the postseason, but a 90-72 record, first-place finish, and National League Pennant came out of left field. The acquisition at the trade deadline for Yoenis Cespedes played a huge part of the record, offering some much-needed offense to support an epic five-man ace rotation of Matt Harvey, Noah Syndergaard, Jacob DeGrom, Steven Matz, and ageless wonder Bartolo Colon (hat tip to Jonathon Niese who isn't with the team anymore). But, another hero arguably had the best season of the year.

Starting pitching was a given from day one. The closer role, however, was a bit more of a question mark going into last season, and when Jenrry Mejía was suspended for using a banned substance, Jeurys Familia was asked to step up and to say he did may be the most underrated statement I've ever written. In his first year in the closing role, he threw 78 innings, got 43 saves and had a 1.85 ERA. The Mets didn't win the World Series, but there's hope in Queens that they'll return to the Fall Classic soon enough. Let's not look at records in June, OK?

Anyway, back to the man of the hour. Last night, Hennessy V.S.O.P Privilége hosted a tribute to Mets star for his incredible year as part of their Hennessy All-Star Series, which celebrates successful Latinos in sports who "Never stop. Never settle." Familia exemplifies this tenfold. He, by the way, has saved 22 games already in 2016.

Anyway, A-Sides caught up with the Dominican closer and asked him about last year, this year, and the ride.

Hennessy V.S.O.P Privilège has honored you for your amazing season last year. Can you put into perspective the amazing run you and the Mets had last season? What has it meant to you?
This has really been a dream come true for me. I could not have done it without the help of my coaches and teammates. My successes the past year have been a total team effort. It means the world to be honored in this way as a representation of someone who lives Hennessy's mantra of "Never stop. Never settle." We've worked really hard to get here and it's always nice to be recognized for the dedication to the game.

The All-Star Series celebrates Latino stars who thrive in sports. How important is your heritage to you? How does it extend in the game and out?
Being from the Dominican Republic means a lot to me. There are not many opportunities there and in order to succeed you have to work ten times as hard as the next person who has access to more resources. I think being from where I'm from, having the love and support of my family and friends and also that desire to succeed, has molded me into the man that I am today.

I realize you've had some highs and a few lows this year - mostly the former - but how would you describe this season thus far?
The season has had its challenges. We're putting our best game forward and doing everything we can to win. We always try to learn from our mistakes and give a better game each time.

How would you describe the chemistry of the team? The team is filled with so many personalities - from the silliness of Noah Syndergaard to the fun-loving "Big Sexy" Bartolo - how would you describe your personality in the clubhouse?
I like to create an ambiance of family...a feeling of "we are one." Any chance we get, I try to laugh a lot with my teammates and encourage that type of atmosphere.

How important is entrance music to you and generally the players? I'd think it'd pump you up to enter the bullpen to your favorite song.
Well, you know music is a big part of Hispanic culture. I think that it helps me connect back to my country and reminds me why I am here. I enjoy listening to it. It definitely pumps me up for the game and I think it also gives us an element of fun to take some of the edge off the high-stakes, high pressure game ahead.

About A-Sides with Jon Chattman - thisisasides.com :
Jon Chattman's music/pop culture series typically features celebrities and artists (established or not) from all genres performing a track, and discussing what it means to them. This informal series focuses on the artist making art in a low-threatening, extremely informal (sometime humorous) way. No bells, no whistles -- just the music performed in a random, low-key setting followed by an unrehearsed chat. In an industry where everything often gets overblown and over manufactured, Jon strives for a refreshing change. Artists featured on the series include Imagine Dragons, Melissa Etheridge, Yoko Ono, Joe Perry, Alice Cooper, fun, Bleachers, Charli XCX, Marina and the Diamonds, and Bastille.