I imagine it as sort of a Chris Consani Highway Fifty One thing where James Dean, Elvis Presley, Marilyn Monroe, and Humphrey Bogart are chilling out together. Well, except everyone is alive. Sure, perhaps there's an Amy Winehouse hologram there, but this place I imagine is a private room within a popular bar where current British mega-stars Sam Smith and Adele are enjoying a pint and talking shop, when all of a sudden, they welcome a new member to their secret social club. It's Emily King and no, she's not from the UK. They've made an exception for this native New Yorker whose soulful, jazzy, and R&B vocal styles matched with her crafty lyrics cut straight to your core.

The Grammy-nominated singer/songwriter has been around for a bit, but it'll probably be her current release The Switch that's going to get her a seat at this fictional table I'm talking about. Heck, Smith has already sang her praises on Twitter. At Primary Wave's A-Sides studio in New York City, the talent sat down for a chat and performed a pair of songs off the album. I could go on, but my words fall short of the embeds below. Watch and listen, and be thankful unique, original, and talented artists are still out there in this crazy world. 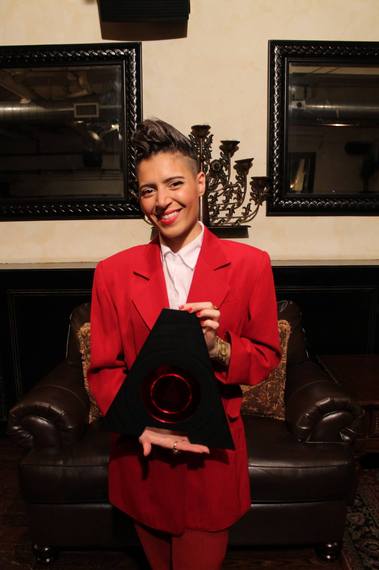 Check out the exclusive A-Sides performances of "Sleepwalker" and "Distance" as well as our interview with EK right here, right now. Filmed by shootmepeter.com.