When you think tea, you usually think Lipton. When you think music festivals, you probably don't. Why would you? Teabags don't automatically make you think of moshing, shaking your hips, and shouting out your favorite song lyrics. If they do, I guess, more power to you. Anyway, on Oct. 24, Lipton and music festivals became one with their Be More Tea Fest in North Charleston. The event, which featured a smorgasbord of hot alt-rock talent, was held in celebration of the brand's 125th anniversary. Music was heard, tea was served, and A-Sides caught up with two of the biggest acts on the bill: St. Lucia and BØRNS. Read our exclusive Q&As with them below. Tea and rock and roll. Who knew? 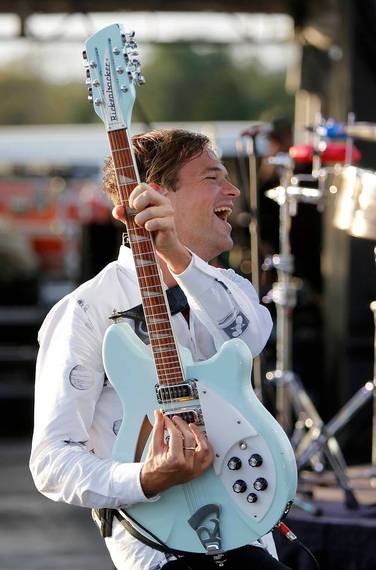 Some people are just meant to have careers in music. Clearly, not me. When I sing in the car, I think my car radio tries desperately to switch off. Anyway, Jean-Philip Grobler is the antithesis of anything I bring to the table. The South Africa native and current New Yorker, who goes by the name St. Lucia (burying the lede Jon - well done), has been involved in music in some capacity since his youth. He performed with the Drakensberg Boys Choir School, and graduated to making his own music and remixing others.

St. Lucia is currently working on his second full-length album - following the success of his debut When The Night plus two previous EPs. Night's "Elevate," by the way, can still be heard fairly on the regular on alt-rock stations - no small feat considering it came out nearly two years ago. Anyway, let's get on with the interview with a man. Read the full interview right here.

So many songs have had legs off your last record - notably "Elevate," and your still on the road performing tracks off it. Does it feel like it's been forever?
It's funny. It seems both ways depending on the day you ask me. It feels like yesterday sometimes, but it also sometimes feels like we've been touring this album for a really long time. But, we've been able to introduce new songs in our set.

I don't think alt radio was quick to adopt our music. So it's been a slow burning, lasting success. We're definitely a career band, hopefully not just one song.

You just got off the stage at Lipton's music fest. You've played so many festivals over the last few years from Governors Ball to Lollapalooza. How do you feel festivals work in general? Is it harder to keep the energy level up at all?
There's a craziness. People are trying to program who to see. This festival is only one stage. But, we always put on the best performance we can depending on our level of health. [Laughs] It's not like "oh we're playing smaller city now let's not be energetic." I think if it's 50 people or 10,000 or 50,000, we bring as much energy as previous show. 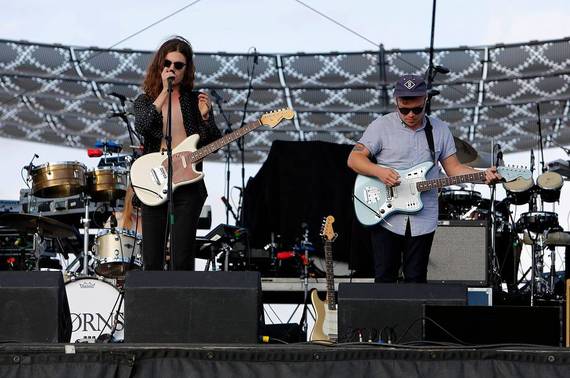 Like St. Lucia, Garrett Borns has had a pretty darn solid year. Borns, or BØRNS, has has gotten mileage out of his quite amazing debut full-length album Dopamine- which is hauntingly beautiful, deeply felt and inspiring, and airlessly weighty. The Michigan native's well-received work is a follow up to his Candy EP, which really set him on the path he's charting now. A-Sides, ,as mentioned, caught up with the "Electric Love" artist and found the answers to simple questions just as poignant as the music itself. Read the interview right here.

Each week A-Sides unleashes its top 12 tracks of the week AKA the "Delve Into Twelve" based on the following contributing factors: songs I'm playing out that particular week (no matter when they were released -- think overlooked songs, unreleased tracks and old favorites), songs various publicists are trying to get me to listen to that I did and dug a bunch, song posts and trends I've noticed on my friends' Facebook walls and, most importantly: what my toddler is currently enjoying thoroughly with an assist from my infant.