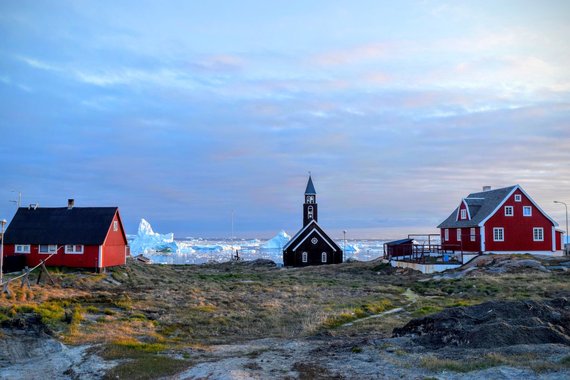 Eight days in Greenland in June isn't the most typical summer holiday out there. Especially when you're travelling alone with just a small backpack for company. Let's take a step back. Why Greenland?

I was initially planning to hit up Svalbard this summer, the why-would-you-go-there island above Norway where you're compelled by law to carry a gun to fend off polar bears if you leave the town limits. But the thing was, I knew people who had already been there.

But I didn't know anyone who had been to Greenland. I pondered this while browsing the Lonely Planet and seeing a write-up from a clearly wild and exciting travel writer. The photos were incredible; the remoteness overwhelmingly tempting.

I researched flights, swore at the price of them, then booked a trip to Greenland for June anyway. It would be ten days of travel in total: six days in Ilulissat, two days in Kangerlussuaq, and a day in Copenhagen on both ends of the trip. 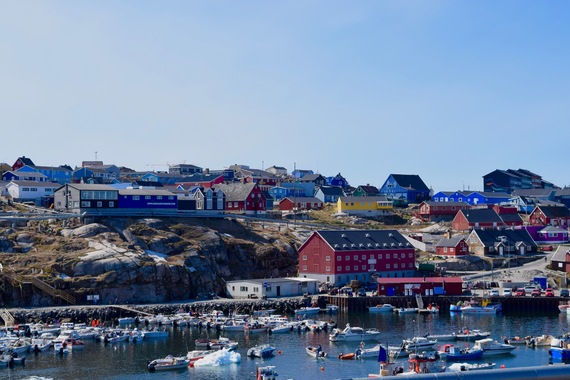 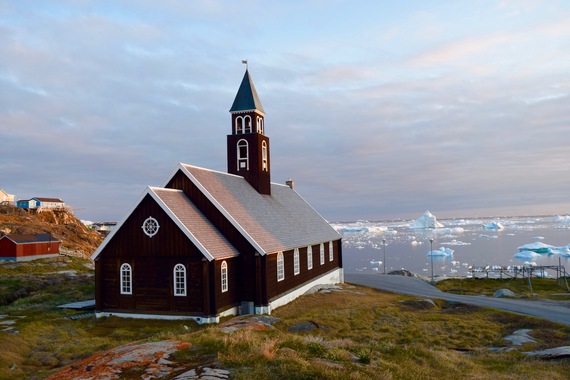 I can say now it was so very worth it. Ilulissat is a place to ponder on rocks overlooking icebergs, hike alone through incredible landscapes, kayak at midnight between the ice, and experience a landscape that is entirely alien to you. I read a lot, thought a lot, and relished the escape from everyday life. If you're looking for something similar, give Greenland a thought.

My first destination, Kangerlussuaq, is the main base for air travel connections, but it's not a place you want to be spending a week. One night either side of your trip is easily enough. Saying that, I would recommend booking the ice cap tour that World of Greenland - Arctic Circle offers. The bus trip is pretty incredible, and walking on the ice cap is a brilliant experience to take home. 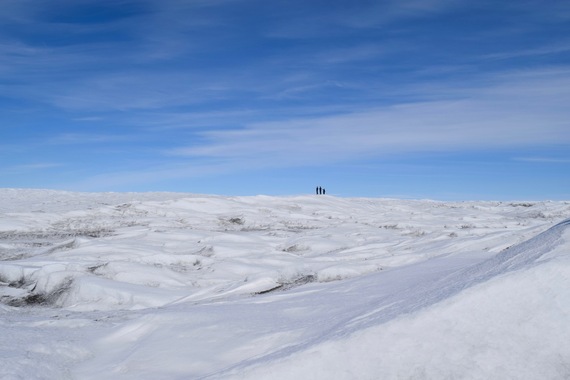 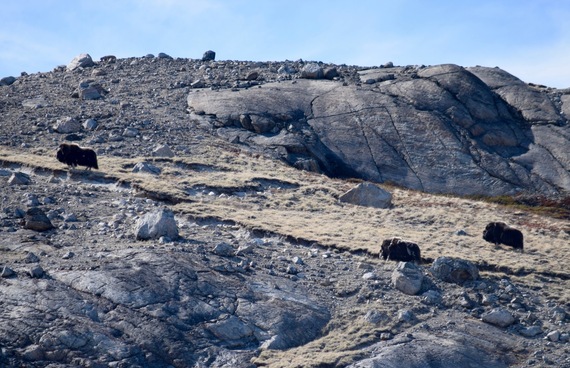 After my brief stay in Kangerlussuaq, I headed over to the airport to get on a tiny plane and fly to Ilulissat (all without going through airport security). The seating is open, so as soon as you hear the bing of the announcement, head to the door to the gate so you're in for a chance of a window seat. I wasn't speedy enough for my Kangerlussuaq-Ilulissat flight (I fared much better on my return), but the glimpses I got of the view told me this adventure was going to be pretty damn incredible. And it was. 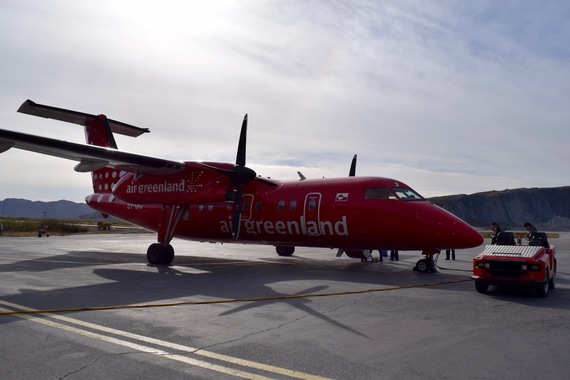 When you get to Ilulissat, wander through the town and get your bearings. Bask in your overwhelm (the icebergs! the colourful huts! holy shit, there's a Nike shop!) and decide when you'll wander along the wooden boardwalk to the ice fjord. It would be very sad if you missed this. Allocate about an hour for a there-and-back wander from the centre, although you may well get caught up taking photos. 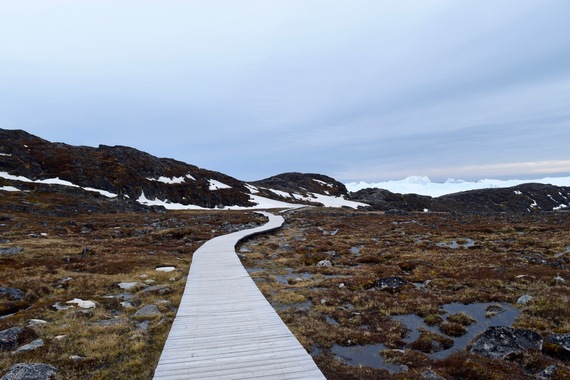 When I walked to the ice fjord on my first afternoon, I knew I'd be back on at least one other morning and evening. I still don't know much about the world, but I know the light down by the ice fjord is very beautiful.

Sailing amongst the icebergs under the midnight sun is simply sublime too. 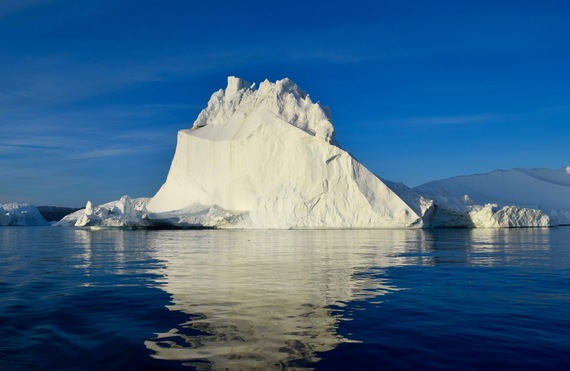 Another way to entertain yourself in Ilulissat is hiking the blue and yellow-marked trails and venturing further into the unrivalled natural surroundings. You probably won't see anyone all day. 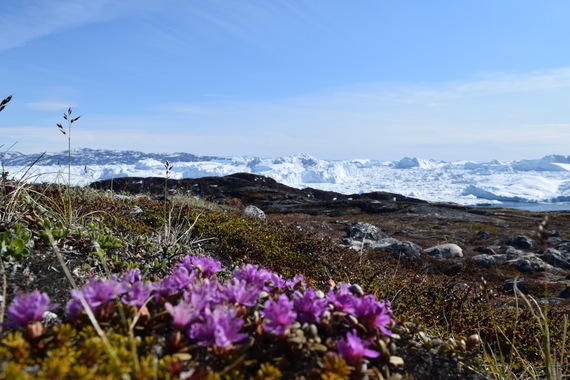 After exerting yourself, you should really head over to Hotel Arctic for their buffet lunch. I enjoyed the prawns, a tasty omelette-type dish (minus the bacon lying on the top of the pan), rye bread, beetroot, and other varieties of yum. The buffet was approximately 150DKK and runs from 12:00-14:00, although it's worth phoning up to book. 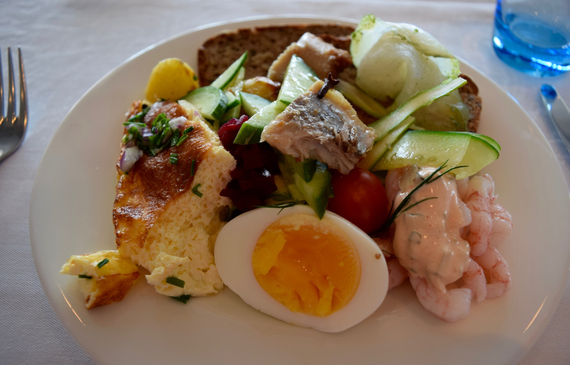 In case you're curious about accommodation, I'll quickly give a run-down of the options I didn't take this time. One Norwegian girl I met had just a tent with her (albeit in a humongous backpack, and she ended up opting for the youth hostel for her first night in Ilulissat anyway). I also met a man with just a sleeping bag (he looked about seventy, but clearly hardcore). I'm adventurous, but I was going for the under-a-roof approach for this trip.

In Kangerlussuaq, I stayed at Polar Lodge for DKK 785/night for a simple single room with shared bathroom. During my time in Ilulissat, I hopped around a bit. For my first three nights, I stayed at Icefiord Apartments (DKK 825/night), a great little cabin-type studio apartment that's owned by Hotel Icefiord, a bit further out of the centre of town. It was cosy and had a brilliant view of the water. 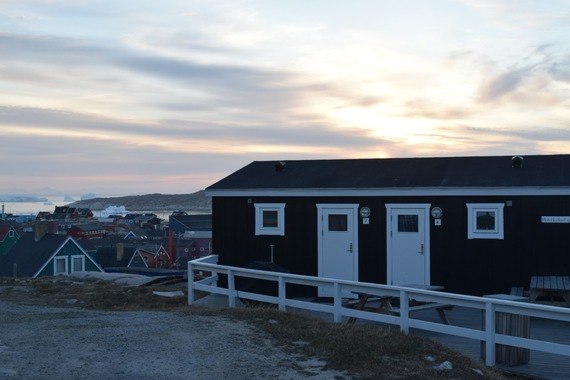 It was during my stay at Icefiord Apartments that I went evening kayaking with PGI Greenland, probably the highlight of my trip. As we watched the midnight sun working its magic on the water, the kayak guide poured us shot glasses of Jägermeister with ice cubes from the water. 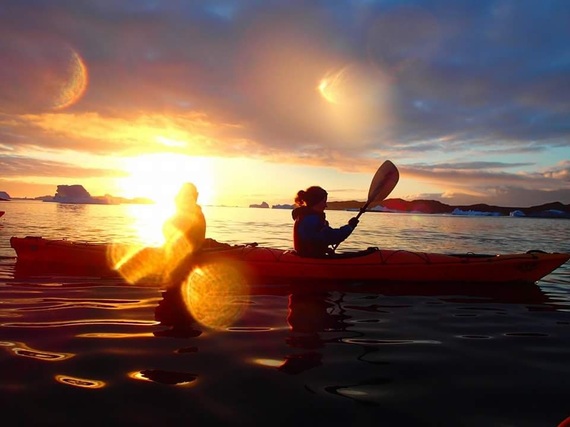 I then had one night of luxury at Hotel Arctic, dubbed by Alexander Armstrong in Land of the Midnight Sun as Hotel **** because of its overwhelming pride of its 4* status. A Superior Double was the only available option for the night on Booking.com, which set me back a hefty DKK 1825. Worth it for the kettle, tea bags, and hot chocolate powder on offer. And the absolutely incredible view. 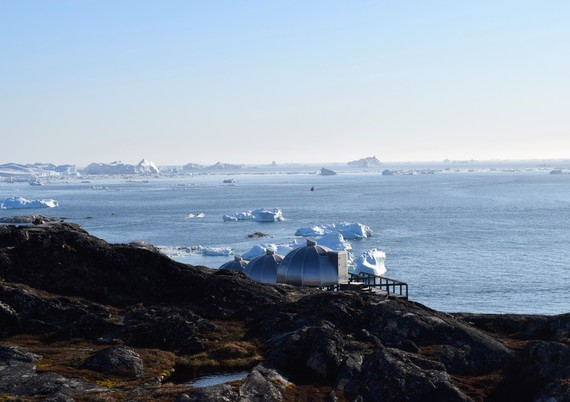 The next night I moved on to IceCap Apartments. This lodging choice - undoubtedly a downgrade, but still not bad - came with a shared kitchen and bathroom, which added a bit of a hostel feel to the experience. But, as with Hotel Icefiord Apartments, it did have a washing machine and dryer. Excellent news for my limited clothing that was rapidly becoming sweaty and unsociable. From the three options, I'd easily go with Icefiord Apartments or Hotel Arctic again.

After only seeing Kangerlussuaq and Ilulissat, I'm keen to return and see some of the towns further south and east. One such place would be Tasiilaq, a beautiful spot in the east - and greener than Ilulissat - which sounds spectacular for hiking.

So my introduction to Greenland is now complete. If this has piqued your interest, which I hope it has, I hope you can plan your own adventure for next summer. And to help you out, you can find a series of follow-up posts for fellow lovers of the Arctic Circle on lucyfuggle.com. 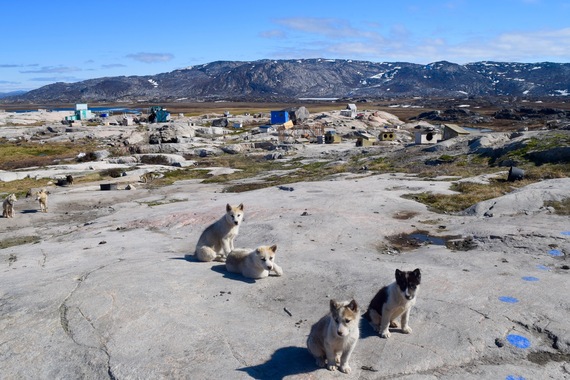 Business and marketing consultant; founder of The Content Brand and livewildly.co