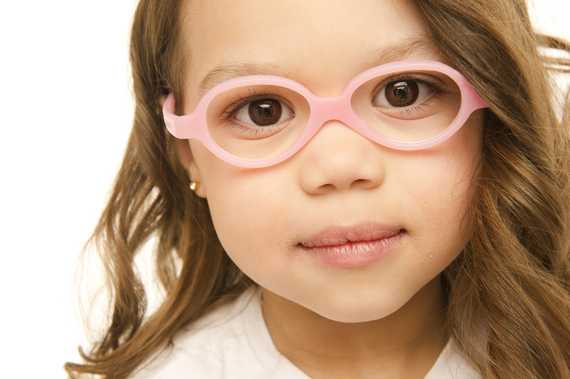 A quiet epidemic has descended upon children all over the world. The telltale sign of this mysterious noninfectious condition, glasses. We are experiencing an explosion in myopia, the clinical term for nearsightedness. 50% of young adults in the US and Europe are myopic, double the prevalence of 50 years ago. In East Asia the increase has been even more dramatic now affecting more than 90% of children.

This poses more than a medical mystery. While myopia can be treated with glasses, contacts or surgery, these treatments do not address the underlying defect. The myopic eye is elongated such that the lens focuses light from distant objects slightly in front of the retina rather than directly on it. The more myopic an eye, the more it is stretched. This increases the risk of retinal detachment, cataracts, glaucoma and blindness.

So what causes nearsightedness and what could trigger such a rapid increase in its prevalence?

Identical twin studies in the 1960s suggested the disorder was genetically transmitted. But there is more than genetics at play. Researchers monitoring the Inuit in Alaska noticed a sudden change in vision from one generation to another that coincided with a departure from their traditional lifestyle. The incidence of myopia went from 2 out of 131 older Inuit to more than half of their children and grandchildren. This rapid change pointed to an environmental rather a genetic cause.

It was not until 2007 that the mystery of myopia began to unravel. Investigators followed 500 8-9 year olds with good vision. They gathered a wide range of data including how the children spent their day. After 5 years of observation the only environmental variable linked to the visual change was time spent outdoors.

This association has been found repeatedly in numerous large well-controlled studies. Levels of physical activity were scrutinized as a possible explanation for the outdoor effect but no association was noted.

The magical vision protection provided by the outdoors appears to be the work of light. This makes sense. All visual systems are exquisitely sensitive to light, especially during development. Animal models support the light hypothesis. Myopia can be created in chicks by using goggles depriving them of outdoor light intensity.

Science always seeks a mechanism to take the connection of two phenomena from association to causation. The leading theory now suggests that dopamine secretion in the retina is triggered by intense light. Dopamine in turn signals the eye to stop growing.

Ashby and Schaeffel's elegant work provides the best proof of this concept. By injecting a dopamine-blocking agent into chicks they eradicated the protective effect of bright light. The retina is known to secrete dopamine in a diurnal pattern, waxing by day and waning at night.

The absence of sufficient contrast between daytime and nighttime light is thought to throw off the normal diurnal secretion pattern. This disrupts normal eye growth and induces myopia. Both insufficient sunlight and excessive artificial light at night could contribute to blunting the diurnal pattern of dopamine secretion.

Some researchers believe the protective effect of the outdoors may be more than just light exposure. One area of interest is the effects of excessive near focus and the importance of distant focus provided by going outside.

How much time should children spend outdoors?

When I was growing up the answer was clear, "until dinner is ready", a response that probably targeted maternal health. It has been estimated that 3 hours per day at 10,000 lux will prevent myopia. To put that in perspective, 10,000 lux is the equivalent of standing in the shade on a sunny summer day wearing sunglasses. A well-lit classroom provides about 500 lux.

This story provides yet another example of how our lifestyle can damage our health. In our hubris we have assumed that indoor living and the replacement of sunlight with artificial light would be of no consequence. Myopia now joins a long list of maladies related to inadequate sunlight including vitamin D deficiency, diabetes, cardiovascular disease, cancer (especially colon and prostate), osteoporosis, and many others.

Over millions of years, evolution molded our genetic code to function under very different conditions than the typical contemporary life. This guarantees that we will continue to link illness to things like sitting for hours at a time, eating unnatural foods, never experiencing real darkness or sufficient sunlight, totally controlling our thermal environment, insufficient sleep and not moving enough. It also guarantees ironic medical recommendations such as "go outside."

This is both good news and bad. It costs nothing to address most of these things and requires no doctor, therapist or trainer. But natural behaviors like moving or going outdoors do not come naturally to a culture conditioned to medicate its way to health.

How long will it take for us to see the light?

More:
Evolutionhealthy livinglightNatureoutdoors
Newsletter Sign Up
The essential guide to taking care of your mind and body
Subscribe to HuffPost’s wellness email
Successfully Subscribed!
Wellness delivered to your inbox