Secretary of State Hillary Clinton arrives in Shanghai on Saturday, May 22, to keynote a dinner in the US Pavilion at the Shanghai World Expo. She is there to honor the noble American and Chinese multinational corporations who fronted the entire bill for the pavilion and who now effectively "own" it, the world's largest billboard. Last year, taking time off from achieving peace in the Middle East, Clinton personally made dozens of phone calls to the CEOs of these corporations, successfully raising tens of millions of dollars and saving the US Pavilion effort when it seemed as if it would implode. It sounds innocent. It wasn't.

The Secretary will be joined by a retinue including Ambassador William Huntsman, Shanghai Consul General Bea Camp, and the ever personable Commissioner General Jose Villarreal with his Deputy Commissioner General, Tom Cooney, Camp's favorite operative for keeping Shanghai's angry expat business community at bay. As the key players in the State Department's self-proclaimed "Pavilion success," they will arrive ready to pop the champagne corks and toast their own cleverness. One has visions of Clinton sauntering to center-stage in one of her natty business suits. Dozens of CEOs stand to attention and salute, while a banner in the background proclaims, "Mission Accomplished!" How brazen. Even without the trappings, it's easy to see who Clinton's real constituency is -- and it's not mainly women.

A lot of people have been thinking about the US Pavilion of late. It's not much to look at, but what it signifies is one of the more important issues confronting our fiscally stressed nation: the move to privatize public diplomacy, the other tool besides war that we use to establish our place in the world. The pavilion may even signify a larger step, toward a wholly private government.

The sad story of the US Pavilion has been told before, by Shanghai journalist Adam Minter in "A Sorry Spectacle," Foreign Policy, March 8, and on a continuing basis on his well-regarded blog, Shanghai Scrap. I provided a complete history in a HuffPost article, "Blackwatering" Public Diplomacy," May 3. In short, the State Department acting on a Bush "Action Plan" early on decided to privatize the US Pavilion. For two years, the team it selected to do the deed struggled to find funding despite extraordinary assistance from the Shanghai Consulate and the Expo hosts. That's when Clinton stepped in and saved the event.

Sixty-two corporations now effectively control the US Pavilion. Its privatization is complete. The organizers even have admitted as much in their fundraising brochure, Corporate Marketing Partnerships for the USA National Pavilion [PDF]. I particularly like this toadying: "The USA Pavilion organizers will work closely with our Pavilion sponsors [elsewhere referred to as "marketing partners"] to incorporate their visions ... into the Pavilion story." I feel a branding moment coming on.

The pavilion per se is so-so - a bland exterior with a digital billboard, three short films inside, a corporate brand exhibition, a fast-food court - but the curious Chinese make good visitors. Anything American excites them. The visitors come expecting to learn what makes America tick and how our nation is meeting the challenges posed by the Expo's theme, "Better City, Better Life." Many leave disappointed by the US Pavilion's content, three superficial short films costing $23 million, a fast-food court selling food that most Americans would disdain, and a trophy room of corporate technology, much of it on display seemingly in spite of the Expo's subthemes, sustainability and a higher quality of urban life around the world. The pavilion itself is hardly LEED despite its quirky patches of green, contrary to earlier promises.

An examination of papers filed by SE 2010 in 2009 with the IRS, in support of its application for tax-exempt status, reveals that despite its surface appearances, the US Pavilion project was planned from the beginning as a commercial real-estate and advertising brokerage that ill deserves its tax exemption, expedited by an less than careful IRS inspector, or its role at the Expo. No wonder the US Pavilion resembles a shopping mall: it is a shopping mall.

Of the more than $60 million contributed to SE 2010, all of it is tax exempt or tax deductible (Since SE 2010's books have never been opened and it has failed to file required tax returns, we are in the dark: the amount may be much more.) That's how much revenue will have to be made up by the rest of us who aren't benefiting by the exposure and sales opportunities -- some, quite lucrative -- provided to the corporations whose modest contributions paid for the US Pavilion. They, not the American people, stand before the limelight in Shanghai.

Deeper analysis of those papers and related historical facts suggests a pernicious policy being trotted out. The US Pavilion may indeed be a stalking horse for a policy leading to the substantial or complete privatization of State's public diplomacy activities. When fully enacted, this strategy will transform the public diplomacy we Americans take for granted into a private operation accountable only to powerful interests. It is they who will speak for us on a world stage, in a time of incredible crises. No wonder Americans are alarmed: they have seen this type of takeover of public services by private operators in other sectors of our society and they are scared. 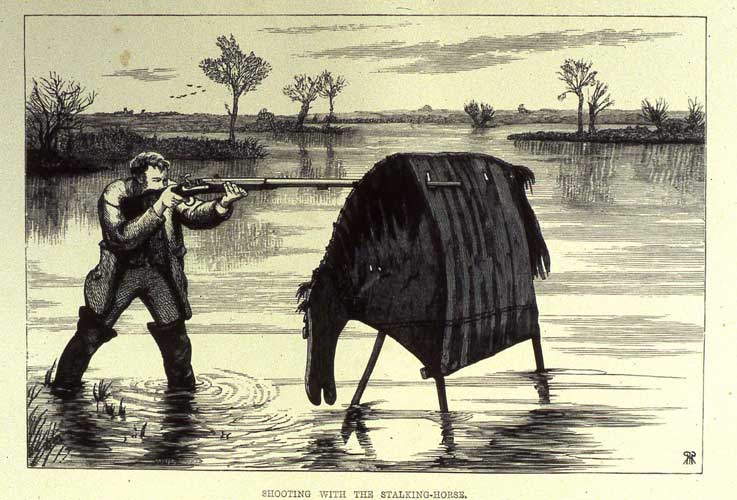 Hoping that we'll find out more about this scheme, I've filed a Form 13909 Complaint with the IRS. It requests an investigation into SE 2010's IRS filing for expedited tax-exempt status, the granting of this status, and how the US Pavilion has been operated since. An IRS investigation will reveal clues about how and why the US Pavilion was handed off to private interests for the first time in American history.

Notably, there is in SE 2010's application for tax-exempt status the by-now familiar claim, concocted by State Department operatives, that federal law forbids public funding of US participation in Expos. No such prohibition exists. The existing law> merely requires State to get a Congressional appropriation for use at an Expo. (This is typical of any Federal agency.) This claim has been repeated over and over by cynical politicians and a gullible press. It has become such a staple that even Secretaries Rice and Clinton signed letters and official statements based on this false claim, letters later used to justify outsourcing the pavilion to private operators. It's unlikely that Rice and Clinton, experts advised by experts, would both have made such a grievous error. Obviously, others prepared the letters and advised the Secretaries to sign them. Someone should have checked before submitting them as part of SE 2010's application for tax-exempt status.

I've posted my 13909 complaint on the web for public examination since it is too deep to publish here. Also, once the IRS has a complaint in its possession, Federal law prevents it from disclosing the results of an investigation, if there is one, or its disposition unless the IRS discovers criminal activity, in which case it becomes a matter for the Justice Department. But an independent press and individual citizens can do their own checking of my contentions.

More is at stake here than the sorry, petty malfeasances that resulted in a maudlin but very expensive US Pavilion in Shanghai. The future of American public diplomacy - and possibly, the future of public governance itself - is at risk.

On a small scale, serious reforms do need to be instituted, and soon, to ensure that planning for American participation in the 2012 Yeosu, Korea Special Expo ("The Living Ocean and Coast" - how timely!) and the 2015 Milan Universal Expo ("Feeding the Planet, Energy for Life") is open, transparent, and inclusive. So far, planning for those Expos, if it is happening, is taking place in secret.

But even more important -- and here, Congress must step in -- is that we in America have a thorough, open debate about the State Department's privatization policy and its consequences for American public diplomacy. A strong public diplomacy capability is America's most important tool for making its case on the world stage. If it is compromised serving private interests, it cannot do its job and we are more vulnerable to those who despise us.

The mainstream press has shied away from these issues. Too messy? Or perhaps the word "pavilion" strikes these journalists as light and airy, not worthy of serious investigative labor. Does $60 million-plus in undeserved deductions, spent on a global infomercial, sound better?

Perhaps the transformation of public diplomacy and governance into a Blob-like mess of multinational swill will raise more hackles.

PS To provide context for my Complaint, I've uploaded to the web a copy of my November 2009 Request for an Investigation sent to the State Department Office of the Inspector General. It contains a complete history of all that's gone down since 2006, all that's known to me. Almost immediately on its receipt, the OIG tossed this hot potato up to the Secretary's Executive Office, where it lies moldering today. I had hoped that Secretary Clinton, on receiving the Request, would study the Request and convene a meeting to discuss remedies and propose reforms. Maybe she has, but so far as I know, it hasn't happened yet. Neither she nor any of her advisors has responded to my Request. Maybe, over dinner sometime?