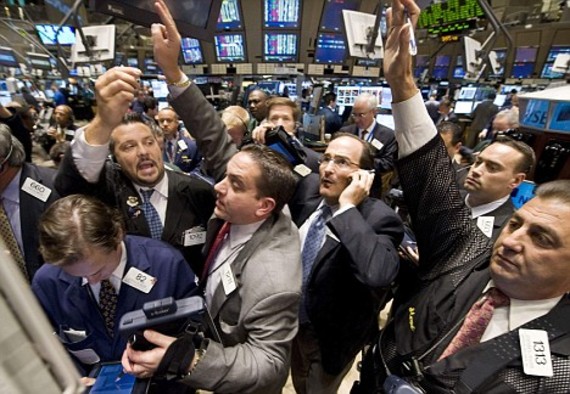 Of all the misinformation disseminated to investors, the most pernicious supports the belief that some "investment pro" or pundit has the skill to reliably pick outperforming stocks. This myth is perpetuated by endless blogs and television appearances by "gurus" touting their latest and greatest stock selections.

A quick review of what passes for financial news is illustrative. For instance, Jim Cramer is touting "The One Retail Stock Money Managers Want to Own." Another blog on Yahoo Finance asks: "Why Is SEI Investments (SEIC) a Strong Buy Stock Now?"

Sometimes these recommendations turn out well -- especially in a bull market. But it doesn't seem to matter to those who make them. They take credit for the good calls and have no accountability for the bad ones.

It's all an elaborate charade designed to line their pockets with your money. What they don't tell you is that their track record is no better (and often worse) than what you would expect from random chance. One peer-reviewed study looked at the performance of 2,076 mutual fund managers over a 32-year period. It found 99.4 percent of them (which is statistically indistinguishable from zero) evidenced no stock-picking skill.

The ability to confuse luck with skill is critical to perpetuating the myth that stock gurus have the ability to select "winners."

The timeline of a bad stock pick

The problem with this myth is that it can have devastating consequences for investors. Here's a troubling example of a stock tip that went horribly wrong.

On Sept. 30, 2013, The Motley Fool, a very popular financial site, featured an article by Matthew DiLallo. The article was about SandRidge Energy. The stock was then selling at $6 a share and DiLallo discussed whether it was still a good buy at that price. He seems well-qualified. He's the senior energy and materials specialist at The Motley Fool.

Initially, he noted that SandRidge was a company he knew "inside and out." After assessing the recent run-up in the stock, DiLallo concluded that "there is a lot of value still left in SandRidge even as its stock has been moving higher."

He buttressed his views by noting that "hedge fund billionaire" Leon Cooperman estimated that SandRidge could be worth as much as $10 a share. Cooperman had named SandRidge one of his "top 10 stock ideas" earlier in the year and called it a "potential double." Stock pickers often seek to add credibility to their recommendations by aligning their views with "billionaires."

DiLallo concluded that the answer to the question of whether or not SandRidge was still a buy near $6 a share was "a resounding yes." He disclosed that he owned shares of the stock.

On July 18, 2014, DiLallo speculated about the possibility of a merger involving SandRidge. The stock was selling at $6.51 a share. I suspect many investors viewed the prospect of a merger as a bullish sign.

On Oct. 16, 2014, DiLallo revisited SandRidge. The stock had dropped to $4.57 a share. He still owned his shares. DiLallo counseled investors in the stock to watch for SandRidge's third-quarter earnings, which would tell them how the firm was "managing the plunge in oil prices and what to expect from the company going forward."

On Feb. 12, 2015, SandRidge was selling at $1.95 a share. DiLallo noted the company needed to "do its best to tread water until the price of oil improves just to control its debt, which has already been a huge weight on the stock."

On March 24, 2015, with the stock selling at $1.69 a share, DiLallo analyzed the impact of oil prices on SandRidge. He provided reasons both to divest the stock and to hold on, but his takeaway was this: "Because time is on SandRidge's side, I don't think now is the time to bail on the company."

By April 21, 2015, DiLallo's enthusiasm for SandRidge was starting to wane. The stock price was $1.92 a share. He still owned shares in the company. He cautioned investors that SandRidge had at least three unique risks that could continue "to plague the company if oil and gas prices remain weak."

On July 14, 2015, with the stock selling at 80 cents a share, DiLallo asked: "Is There Any Hope Left for SandRidge Energy Inc. Investors?" He was still holding on to his shares. He concluded there wasn't much hope the stock would "ever rebound." He noted it was down 88 percent over the past year, but that he was keeping his shares because he didn't "have that much more left to lose."

On Oct. 8, 2015, with the stock selling for 49 cents a share, DiLallo noted a large debt exchange by SandRidge. The headline of DiLallo's blog was upbeat: "SandRidge Energy Inc. Takes Another Step Forward." He was still holding on to shares of the company. While he noted that SandRidge was reducing its legacy debt, he cautioned that "the company still has a lot of work to do as it wasn't built to handle the current oil price."

DiLallo was not alone in his enthusiasm for SandRidge. On April 16, 2014, when SandRidge was selling for $6.48 a share, Cramer explained why he viewed the stock as a "speculative buy." Cramer believed SandRidge had the "potential to double its well count and has up to 20 years of drilling inventory." He thought the stock could increase to $10 or even $15 a share.

So what's the big deal? Sometimes the forecasts that stock pickers make are right and sometimes they're wrong. Everyone has a right to express their opinion, right?

Here's the problem. When pundits hold themselves out as having an expertise that a wealth of evidence indicates doesn't really exist, they are misleading gullible investors who can be harmed by their advice. These losses, in aggregate, can be devastating.

According to an analysis published just this month by economists Brian Henderson and Craig McCann, both of whom hold Ph.D.s, SandRidge's stock price declined by 99 percent since 2014, erasing more than $4 billion of market capitalization. In addition, investors lost billions of dollars in SandRidge notes. The authors calculated losses of approximately $3.3 billion across all outstanding notes. Total losses to investors in SandRidge have been well over $7 billion.

It's not fair to blame DiLallo and Cramer for these losses. Investors have to take responsibility for their own conduct. However, there's an obvious need for regulation of those making stock predictions. They should be required to prominently disclose the accuracy rate of their predictions and to highlight research indicating that stock picking is a highly speculative activity in which few have demonstrated any expertise (as contrasted with luck).

These mandated disclosures would inform investors that a monkey throwing darts is likely to compile as good a track record as investment "pros." It would limit the carnage by giving investors a dose of reality when evaluating stock-picking advice.