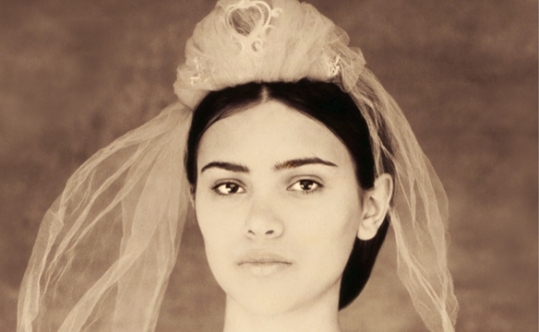 Alice Hoffman's sentences possess a musical cadence that demand to be read aloud like poetry, which I often did with great pleasure as I read "The Marriage of Opposites" (Simon and Schuster).
The story of Rachel Pomié Petit Pizzarro and her son, the renowned Impressionist painter Camille Pissarro, starts in the early 1800s, when "there were eighty families" in Rachel's congregation ... Jews who hadn't stopped running from persecution until" they came to Charlotte Amalie on the Island of St. Thomas.

The stubbornly defiant Rachel, who is in constant conflict with her mother, finds refuge in her father's library, losing herself in fairy tales, where the "strong survived and the weak were eaten alive," a lesson that will serve Rachel well in the future, when she will have to fight for love, and struggle to survive scandal. A storyteller and dreamer, Rachel's most enduring dream is to live in Paris. But that dream is shattered when, to save the family business, her father marries her off to Isaac Petit, a man nearly 30 years her senior. Rachel accepts her fate surprisingly well, forges strong bonds with her three stepchildren and bears children of her own. But things change when Isaac dies.

Isaac's nephew, the 22-year-old Frédéric Pizzarro, comes to Charlotte Amalie to take care of the family business. At the time, no matter how savvy a woman was in the matters of business, which Rachel happened to be, women were not allowed to run a family business.

Despite Rachel's initial resentment at the appearance of a stranger to take over a business she considers her own, she falls in love with Frédéric, and the passages depicting the initial sparks of attraction between the two are some of the book's most lyrical. But Frédéric is the nephew of Rachel's deceased husband, and such a relationship between relatives, even if in-laws, is considered scandalous in the small Jewish community, where everyone knows everyone. The couple is ostracized, but that does not stop the visibly pregnant Rachel from strutting the streets of Charlotte Amalie, sneaking into the synagogue to inscribe her son's name in the Book of Life, or pounding on the reverend's door to demand that the synagogue recognize her marriage to Frédéric. Rachel faces one rejection after another, yet picks herself up and perseveres in her quest to be recognized by her Jewish Community, as this reader cheered her on.

The second half of the novel is dedicated to Rachel's son, Jacob Abraham Camille Pizzarro, who will change his name to the more French sounding Pissarro. Of all her children, Camille's character is the most similar to Rachel's. He, too, refuses to bend to the demands of his parents, dreams of going to Paris to paint with famous masters, and has no interest in any of the family business.

But there is work to be done, and becoming an artist is not what Rachel envisions for her favorite son, from whom she withholds her love in fear of casting a curse upon him that might snatch him away from her.

When faced with Camille's defiance - he, like her, is "willing to do anything for love," even marry the daughter of Rachel's maid - Rachel proves herself as prejudiced as the community that once spurned her. In the end, Rachel's prediction comes true, that when she closed herself to her mother and "took a part of her bitterness inside," a bitterness that "was green and unforgiving," it would grow to make Rachel like her mother.

In the colorful island of Charlotte Amalie, Hoffman finds fertile ground to deliver her trademark magical story telling weaved in with historical facts and spiced with folklore, superstition, and the unearthing of long-hidden familial secrets.