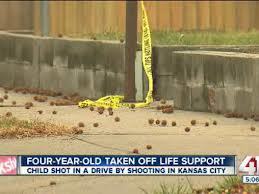 There has been a fruitless debate about "guns" after the school shooting tragedy in Newtown, CT in 2012, according to a smart commentary by Richard Feldman, head of the Independent Firearm Owners Association (IFOA), published in USAToday (Dec. 12, 2013).

Among Feldman's conclusions to save kids: "It's time we remove incentives encouraging criminals to use, rather than avoid, guns."

In a Dec. 15 email to the Executive Directors of Drug Policy Alliance, Law Enforcement Against Prohibition, NORML, and the Criminal Justice Policy Foundation on Dec. 15, Feldman elaborated:

"It's time we remove incentives encouraging criminals to use, rather than avoid, guns" ... The incentives I refer to are, of course, that guns are the main option when dealing in black market goods. [There is] no call to 911 if [drugs are] stolen, no use of the courts [to solve problems of] product distribution or supply dislocation. [There is] only the ability to use force, and that force is mainly from the barrel of a gun.

Let me be blunt: The organized firearm community has a vested interest in this [drug legalization] movement even if many of the established organizations don't! IFOA supports [drug] legalization because it makes sense and lowers harm.

Feldman is right. According to the front page "Newtown, CT anniversary" story in The Washington Post, (Dec. 14, 2013):

Twenty-four percent of all the children under 10 deliberately shot and killed with a firearm in 2012 were killed due to "random violence, drive-by shootings, and neighborhood gun battles." (22 kids out of the 91 killed kids the Post studied and reported on.)

Those are the killings -- of children and adults -- that we could eliminate, Feldman wrote, with a smart, comprehensive anti-violence program that includes drug legalization.

To reduce the deaths from drugs themselves (and the poisons that traffickers add to drugs to dilute them or to simply rip-off drug buyers) is another reason for drug legalization I wrote in The Huffington Post on Oct. 15, 2013.