One of the blessings of my life has been the opportunity to meet some of the world's great leaders before they were recognized as such.

I remember when a Princeton undergraduate walked into my office at the Bonner Foundation to tell me about her senior thesis and her plans to start a teaching corps. That was the first time I met Wendy Kopp, who went on to start Teach for America. 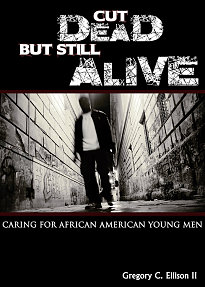 During a summer conference at American University, I met a young Eboo Patel. He made an immediate impression (as he does). He is now one of our leading prophetic voices.

I met Michael Brown and Alan Khazei while planning a dance marathon to support educational programs in Cambridge, Mass. That was before they launched City Year.

A similar encounter happened again just last month, when I was introduced to Greg Ellison. I had the same feeling when I met him as when I met Wendy, Eboo, Michael and Alan.

Greg has to be in his early 30s. When I met him, he was wearing a Chicago Bulls cap, one of more than 30 hats that he wears daily while teaching, giving speeches or lectures. (His hats are a constant reminder to remain humble, and a symbolic representation of his grandfather's sacrifices and the many things he taught Greg with limited formal education).

He also had one of several ancestor buttons, as he calls them, pinned to his lapel: the face of his friend and mentor, the poet, activist and scholar Mari Evans -- believing that her wisdom would guide him.

Greg is a professor at Emory's Candler School of Theology. He received his Masters of Divinity at Princeton Theological Seminary and became the first African American at the school to earn a Ph.D. in pastoral care. Already, Greg has been honored as "Faculty Person of the Year" at Candler and his most recent class, "Care for Marginalized Populations," filled up nine seconds after it was posted.

His book "Cut Dead But Still Alive: Caring for African American Young Men" will be released this week by Abingdon Press.

A first book is not always notable, but in this case it is. "Cut Dead But Still Alive" focuses on the challenges and opportunities of working with young African American men who, lacking proper guidance, are highly susceptible to ending up in the juvenile justice system, in and out of prison, or dead. The book addresses the challenges faced by caregivers and chronicles the progress that is made as these marginalized young men are emboldened by hope.

"Cut Dead" isn't a book that came out to meet a tenure requirement. It is a call to action and a blueprint for a response.

In my first conversation with Greg, he talked about his time at Princeton Seminary. During the day, he would go to class and study at the library. At night, he would transition to the streets of Newark, where he pastored a church and worked with young men coming out of prison. During that time, he was able to engage various therapeutic approaches as he worked with young men who were transitioning from juvenile detention centers and prisons. The book looks at the scholarship of theorists from distinct disciplines, and not wanting to settle for having his book put away on a shelf, Ellison has created a strategy that he introduces as "Fearless Dialogues." At the heart of the approach is a call to purposeful action. Fearless Dialogues heighten awareness utilizing an innovative training model that engages local leaders and establishes community partners to bring both visibility and force to these young men. Following the release of the book, local efforts using this model will be launched in five cities including Atlanta, Indianapolis, Kansas City, Los Angeles and Trenton, N.J. For all of this Greg will not get anything, at least financially. All his profits from the book will be divided evenly between
The Bobby Tillman Foundation
(BFAM), the
Fund for Theological Education
and the Fearless Dialogues Community Empowerment Tour. And the book may not be a bestseller on the
New York Times
list. But it must be required reading for seminarians, pastors or community leader who want to bring their pastoral care to our most challenged populations. Like Robert Coles and his award-winning work "Children of Crisis," Ellison transcends the academy into the realm of the urgent need of the here and now.
Embodiment of Hope, and an Example to Follow
For the church to be relevant with this generation and to move forward effectively, it must reclaim its message of service and justice and demonstrate its commitment to engage in the challenging issues. Greg embodies the necessary response. His years at seminary were not only spent in the library but in the community as well. Church and seminary leaders -- and some students -- have told me that you cannot do both. Greg would argue he couldn't
not
do both. If the church and seminaries do not follow Greg's lead...
Student responses to Greg and his teaching are a resounding shout that they are ready to hear his message and follow his lead. Ellison "not only gets students excited about his work, but lights a fire in us to put action to what we are being taught," says Alisha L. Gordon, who is at Candler School of Theology. Amanda Huels, of Princeton seminary, said that within the first few pages she was "hooked" on Ellison's ministry and mission. "As seminary students, we are looking for scholarship that bridges the classroom and the changing ministry context we are preparing to enter,'' she said. "Greg's message to the care providers of individuals who have found themselves invisible and muted in society is extremely relevant." And Katie Lee, also a seminarian at Princeton, said Ellison's work in the classroom, community and now in "Cut Dead," comes at a crucial time. "What is incredibly helpful (especially as a young, Caucasian female reader) is that this is not just about one specific community, but about the many subjugated and persecuted groups that exist in every community. ... We will be able to use his example as a resource for powerful societal transformation." There is a crisis in our communities, and at the heart of this heartbreak are the lives of a generation of young black men who struggle not just for survival, but to be seen. If we have the courage to be led by this bright leader who has not just written the talk but walked it as well, then we will begin to crack open a door that has been barred shut for quite some time.
Summer Reading?
So what is on your summer reading list? Students who are part of the
Community Engagement Fellows
program at seminaries and divinity schools across the country are encouraging their peers to put "Cut Dead But Still Alive" on their summer reading list. Join Alisha, Amanda and Katie -- and students across the country --
by pledging to read "Cut Dead But Still Alive" this summer
and commit to follow up with conversation using
Greg's discussion questions
. We hope to have at least 500 incoming and returning students read the book and help shape the dialogue of theological education and the direction of the church.