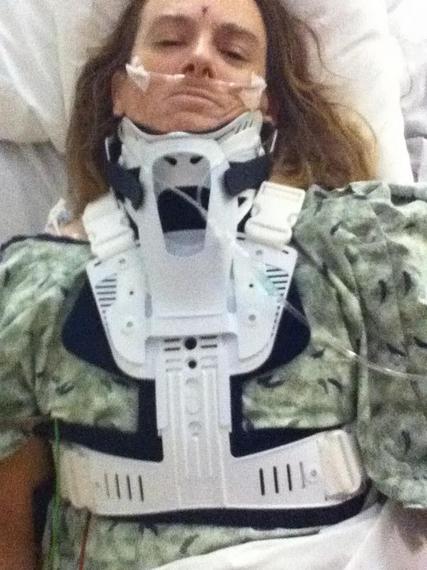 Dear Friend,
I've decided that I have little choice but to look for a home and employment outside of the USA. In the upcoming months, I'll be reaching out to whoever I can who might be able to help. I know your busy with your family, and I know that virtually every country in the world is horrified of what our most recent election brought is. The best I can say about it is that I played no role in those events, except playing my part to try and prevent them. I campaigned for Sanders in the primaries. I believed him to be the most qualified candidate. However, I had to cut my losses when he didn't win the primaries, whether it was fair or not.. I voted for Clinton in the general election. Of the remaining candidates, she was most qualified, and had made compromises, adopting the ideals that were of such popularity among Sanders' supporters.

Our GOP won both the house and senate. They will also soon own the Supreme court once again. We have a madman being sworn in as president in a matter of days. Already, we are seeing a transition to tyrany. I never thought I would see a time when I could even imagine WWIII or civil war being a threat here... I thought we were past that nonsense long ago, and felt that certainly people would have learned from history... however, those who remember that history are mostly gone now.

I am afraid. Already, our GOP is working hard to dismantle our Affordable Care Act. As impractical as it was, with people still going bankrupt from medical debt, it is the best we have right now... and I rely on it for my own coverage.

In the 5 years following my accident, I've made substantial progress in my recovery. I regained full use of every compromised function. My kidney function is completely normal, in spite of my history of collapsing variant Focal Segmental Glomerulosclerosis (FSGS). I am rarely ill, for the IV antibody treatment I began for Common Variable Immune Deficiency (CVID) years ago has successfully kept me healthy, and since it was diagnosed before I became symptomatic, I had none of the complications it usually results in. I am fully mobile, even if I can no longer participate in the athletics I enjoy. I am active, and even before this election cycle, I was looking forward to soon applying for jobs to work in research again, for my stamina and strength are now decent enough for me to handle such work.

With what is going on now, though, I cannot limit myself to biomedical research. It isn't my only skill, even if it's my best one. I'm currently working as a data manager for an online public high school. I have also taught courses there, specializing in the sciences and digital arts, although I also taught psychology and civics as well. In addition, the school's IT person specializes in Mac computers. When anyone has difficulty with PC's, I'm called upon to handle the IT for it. 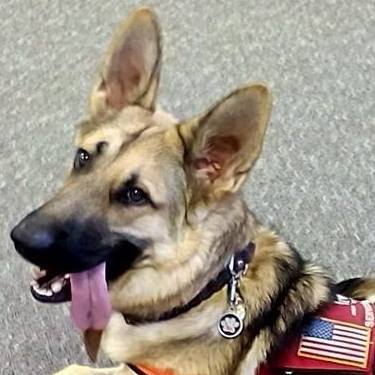 I intend to bring very little with me when the time comes when I find work. Places I will be seeking employment include Canada, Denmark, Switzerland, Germany, Austria, and the Netherlands.... possibly Belgium and Sweden as well. Given political circumstances world-wide, and also that I speak some German, these make the most sense- although English is fairly universal within the sciences I hope to work in. I want to steer away from the UK due to the uncertainty taking place there involving BREXIT. I have heard of unease in Australia as well, although it is a place I long to visit. When I manage to find work in any of those countries, I will likely bring only some clothing, one bicycle, my medical records, and my dog, who has pent the past 2 years training to help me, both physically and emotionally. There is nothing else I have that I cannot part with or replace. I cannot replace my life, should I lose my health coverage, and I cannot replace my dog.

My decision is not based on any panic, for I know it will likely be some months before I manage to find overseas employment. I cannot deny that I am afraid, though. Every day that passes, it seems the horror show taking place at our highest government levels increases. Were I completely healthy, it might be feasible for me to remain here... but I am only healthy for as long as I can receive my prophylactic treatment. What the GOP is suggesting to replace our insurance law will not help me. I do not earn enough to put the funds necessary for my IVIG in a health savings account. In a way, I will become a refugee, for my life and well being will be threatened, should I be without insurance coverage.

The fact that I am even alive today, much less reasonably healthy, is still incredible to me. My survival and recovery 17 years ago were virtually unheard of... and I even managed to recover so well that I would ride my bicycle all through the Rocky Mountains, sometimes covering more than 120 miles in a single day. When I fell 5 years ago, I thought the clear blue sky above me was going to be the last thing I ever saw... and it was a beautiful sky. I could not see the road I went off of, 30 feet above me. Cars would have their windows closed against the early autumn chill, and much of the road was already closed for winter... the drivers and passengers would never hear my yells. My friends I'd been riding with would have the wind rushing over their ears in their descent, and they, too, would be unable to hear me. My only hope was another cyclist, and it was late enough in the day that it would be unlikely that anyone would be ascending past where I'd fallen. The two cyclists from Switzerland who eventually found me did not hear me either. Mary was looking for photos to take on her ride, and saw my bicycle. She sent her cycling partner, Hugo, for help as she climbed down to me. The first driver Hugo flagged down refused to help. The next driver was a park ranger. It took nearly an hour for the ambulance to arrive, and they ultimately called a flight for life helicopter.

While my massive internal injuries were the greatest threat to my life once I was receiving care, the nine spine fractures in my neck and upper back posed the greatest risk for permanent disability. Both my C1 and C2 vertebrae had been fractured. Had they been displaced, I would have died of asphyxiation on the mountain. By all reckoning, I should have been paralyzed by the spine fractures... yet I'm not. I can walk and play with my dog. I've regained full function in my hands. Whenever I think about just how unlikely all of this is, it's hard to accept that it didn't happen to someone else.

I've wasted more lives than a cat crossing a freeway. I'm not ready to waste another. There is too much I still need to do. I have research I personally wish to perform one day... research I believe has high potential for helping many people. All I ever wanted to do was to help people. I never intend to stop helping others. Right now, though, I have to help myself, first.