I was recently blessed with the opportunity to sit down and have a conversation with Dr. Cornel West -- a brilliant thinker and someone I have come to regard as a heartfelt friend and spiritual brother. Among the many profound things Dr. West spoke that evening at Princeton, one thing he said struck me deeply. "I am who I am," he said, "because someone loved me." As I reflected on his words, images of various mentors and teachers flashed in my mind. I thought of all the kind, loving souls who have reached out to me over the years. Some of them were world-famous spiritual leaders; others were recluses living in unknown caves and jungles; while still others were everyday people. But Dr. West's statement especially brought one face to my mind: that of my father, a humble and amazing man named Jerry Slavin.

He is Jewish, but not particularly religious. Rather, he expressed his faith in God through his gratitude, kindness, and dedication to his family. He grew up during the Great Depression, and had to leave school at the age of fifteen to work in order to assist his parents. As a result, ever since his childhood he sincerely valued working hard and supporting his family. He and my beloved mother, Idelle, wanted the best for their three sons, but they were also careful not to spoil us. 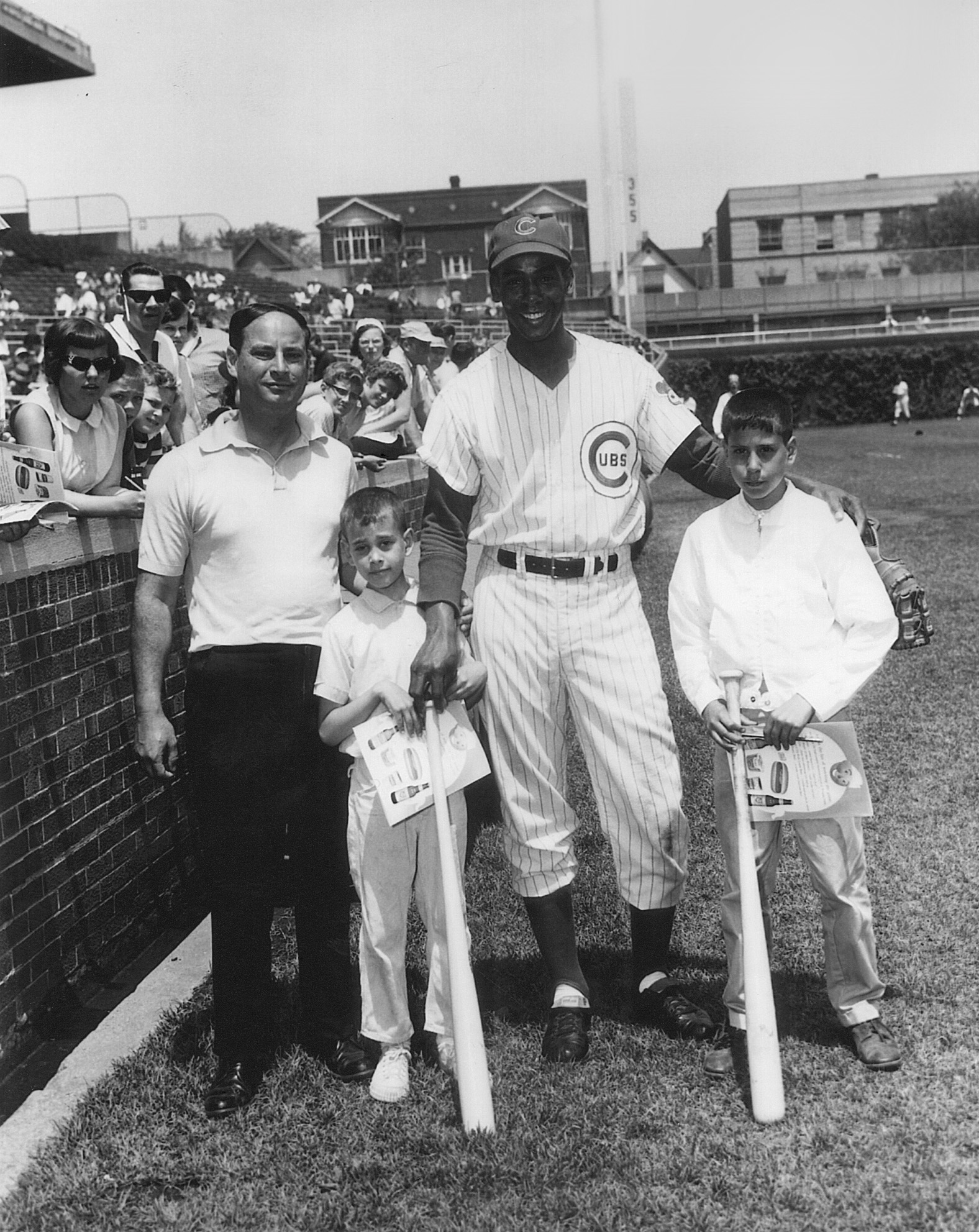 In 1958, my father invested everything he had in a business venture and became the largest automobile dealership in Chicago for Ford's new Edsel line. But Edsel sales plummeted and my father fell into bankruptcy. I watched him struggle; working long hours to protect us from poverty. Throughout the struggle, I do not recollect where he displayed weak-heartedness or bitterness at his situation. Rather, he remained determined to keep trying and taught by his example to be grateful for whatever we had.

The day before I was to leave home for college, my father told me, "Richie, let's take a ride together." As we drove along the tranquil streets of Highland Park's Sherwood Forest, he spoke his heart. "Son," he began, "as long as I'm alive, I'm always here for you." Stopping the car, he held my hand as his voice quivered. "As your father, I expect you to do your best, but whether you succeed or fail, do good deeds or bad ones, or even betray me, as long as I'm alive, I'll love you and I'm here for you. This is a promise I will live and die to keep. Please, never forget this." Overwhelmed, I listened. I knew that he meant every word he spoke.

One year later, I would test my father's promise beyond his farthest expectations. A summer vacation in Europe unexpectedly transformed into an open-ended spiritual quest that had me hitchhiking for several years across three continents as a penniless seeker for truth. It was only weeks after they expected me home to continue college that I finally wrote my parents a letter and explained my resolve to travel overland to India in search of my spiritual calling. I wrote that letter en route, somewhere in Iran; it bore no return address. After that, I wrote to them at irregular frequencies while living in caves and sleeping under trees. I told them of meeting teachers and guides, and I eagerly and excitedly shared my reflections and realizations. I had some idea how much grief my quest must have caused them but as a teenager I couldn't fathom the extent. And they had no means to convey their feelings to me.

Later in my travels, when I settled for some time in a sacred village called Vrindavan, and finally had a return address to include, my father wrote me a letter that shook me. His tears had washed away words and whole passages. "Every day seems to last forever in guilt and worry," he wrote. "How can I live knowing my son to be living in jungle caves, alone with no money? What horrible things have I done to you that you have rejected me?" I felt so grateful for my father's love and hated the fact that I was causing him pain. At the same time, the burning in my heart for God's love was stronger than anything else I'd ever experienced. Searching my heart for the words to reassure him, I wrote him back. I knew that he could not comprehend my calling, and that my naïve words would likely perpetuate my parents' grief. But I had a simple faith that God understood my heart and would extend a loving hand to help them.

Many years have passed since then and my father has remained true to his word. At times, just to see me, he rode on primitive horse drawn wagons up muddy mountain paths to the ashrams where I resided. Although it was difficult for him to understand my choices, he has always loved and accepted me unconditionally, and he continues to do so today.

Two years ago, I shared the story of my journey in a book called The Journey Home. One morning I called my father on the telephone and asked how he was.

"I couldn't sleep all night."

"I read your book before going to sleep."

"It was worse!" he gasped. "I read about how you were all alone in a desolate place being sucked down by quicksand. In the hot Indian sun you desperately struggled. If you had died that day and disappeared into the earth, your mother and I would have suffered our whole lives never knowing what happened to you."

His reply was telling. "Son, you don't understand the heart of a father."

I realized that a father's love and concern is timeless. All spiritual paths teach us the importance of honoring one's parents. In my own spiritual journey, I became a swami on the Hindu path of Bhakti. In the Hindu tradition, a swami is a monk who forgoes regular family life for the purpose of making the whole world his family and channels his full energy into spiritual practice, devotion to God and service to humanity. This was difficult for my parents to comprehend, but they never discouraged me. In time they became proud and happy about the life I had chosen, beyond my imagination. 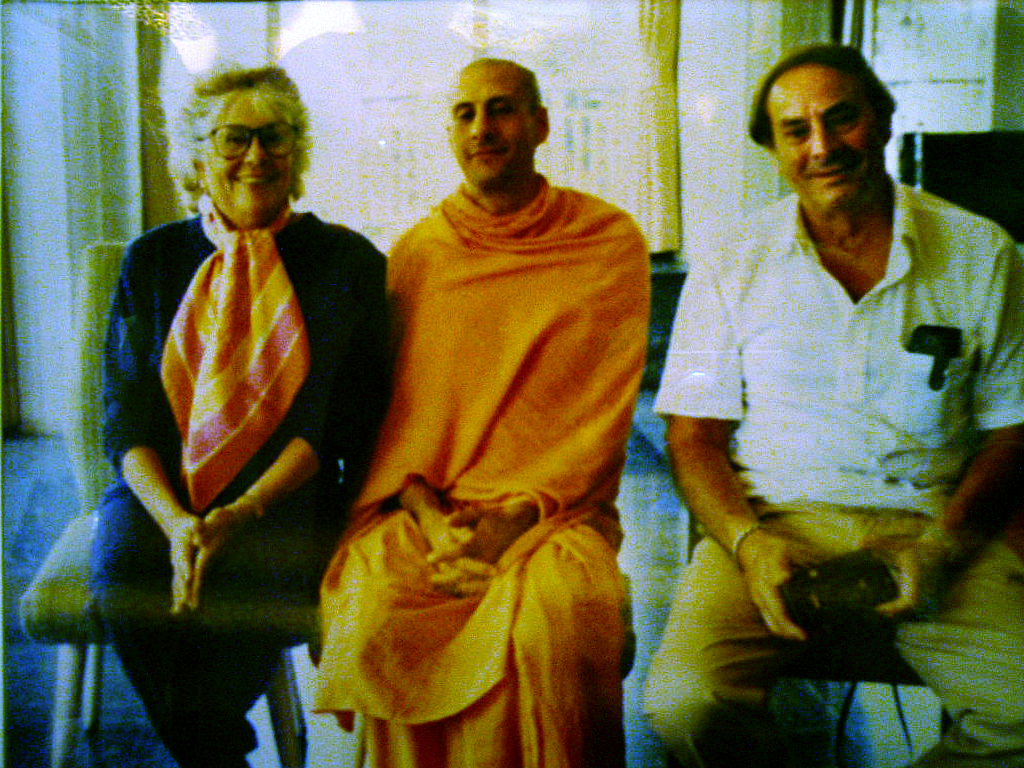 In 1989 my parents finally visited me in India for the first time. It was a transformative experience for them. They fell in love with the members of the community I serve with in Mumbai. To this day, my father considers these people some of his closest friends.

When my beloved mother passed from this world in 2004, my father requested that I deliver the eulogy at a Jewish funeral home and carry her ashes to India. "She took such pride in what you're doing there," he said, "and she had such love for your people." In a ceremony on the banks of the River Ganges, with over three thousand of our devotees chanting prayers, I immersed her ashes in the sacred river and prayed that her immortal self swiftly reach the sea of the Divine's loving grace. The moment was deeply significant for me. More than thirty years before, finding myself so far from home, I accepted the River Ganges as a mother. It was while meditating on her banks and in her cooling waters that I was nourished with sacred blessings that led me to my path. And now, through my father's broadmindedness and kindness, my biological mother and my spiritual mother had beautifully united. It was one of the most meaningful gifts my father had ever given to me.

My parents' selfless affection and dedication nourished and prepared me to receive the love of my guru or spiritual father, Swami Prabhupada. My parents prepared the soil in which my guru sowed the seeds of his compassion. His compassion transformed my life and enabled me to deeply appreciate the love of my parents and the dormant love that is the spiritual essence, in the hearts of all beings.

In Dr. West's beautiful words, "I am who I am", and aspire to be who I aspire to be, "because someone loved me". On this Father's Day let us all offer our gratitude to the fathers in our lives ... and our precious mothers too.