Allison Pataki recently published the NY Times Bestselling novel The Accidental Empress, set primarily in Vienna and Budapest. This is a post she wrote for The Huffington Post while traveling in Austria and Hungary researching the novel.

When you drive across the border from Austria into Hungary, you barely know that you've passed an international boundary. This took me by surprise the first time I made the two and a half hour drive from Vienna to Budapest. The softly sloping green landscapes of eastern Austria seamlessly become the softly sloping green landscapes of western Hungary without any passport checkpoint, stern-faced guards, or even a well-marked sign. 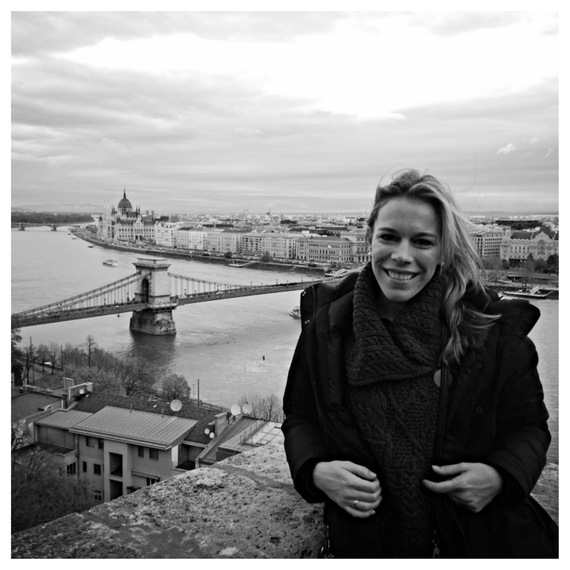 And for much of their respective histories, these two countries were so closely joined that one wouldn't even have been crossing an international border to pass from one to the other. It wasn't until the end of World War One that the Austro-Hungarian Empire split, becoming Austria and Hungary (as well as a host of other nations, such as Romania, Czechoslovakia, and others). But these sister states of Austria and Hungary, as well as their respective capital cities--both built on the shimmering Danube River--still share and display the heritage of their closeness, to be sure. Both Vienna and Budapest experienced tremendous booms in building and culture in the second half of the 19th century, assuming the shapes of the modern cities that we now know and love. They bear similarities in everything from their common history to the common river they hug, to the commonalities on their dinner menus (did you know that goulash is as common in Vienna as it is in Budapest? And schnitzel as common in Budapest as it is in Vienna?). 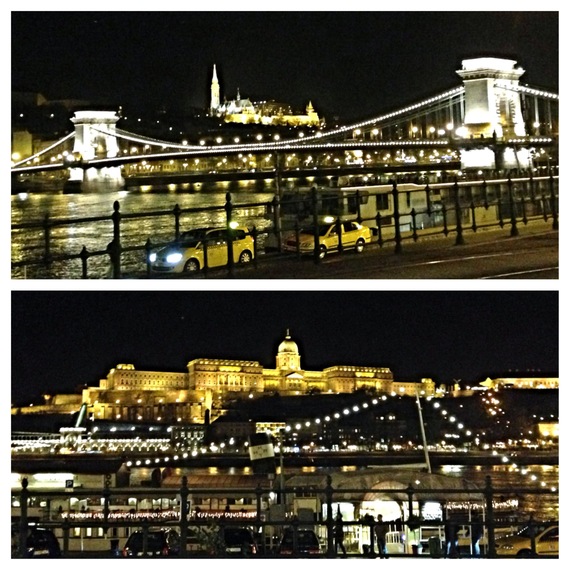 Under the reign of Emperor Franz Joseph and his wife, Empress Elisabeth 'Sisi,' of Austria-Hungary, Vienna thrived as a global center of the arts, architecture and science. Similarly, Budapest flourished in the same epoch under Franz Joseph and Sisi, known there as "King and Queen." It was during this era that Hungarians saw the building of the iconic Chain Bridge linking Buda with Pest, the sumptuous train stations of Nyugati and Keleti, the swirling mountaintop complex known as the Fisherman's Bastion, and the countless bathhouses still very much enjoyed by the city's residents.

And yet, if they are sister cities, Vienna and Budapest are certainly not identical twins. They came into their own in the same era under the same empire and yet, they retain remarkably different feels.

Vienna was the seat of Habsburg power, once Europe's most formidable and wealthy dynasty. To this day, the city retains its spirit of imperial grandeur. Whether you're sipping a Turkish coffee in a café off the Ringstrasse or marveling at the pastry-like facades of its Baroque architecture, you can't help but sense that this is a city built to dazzle and rule an empire, and the world. The two primary Habsburg palaces in Vienna were the Hofburg Palace, where the court spent winters, and the Schönbrunn Palace, where they summered. To visit these two imperial residences is to step into a world of indescribable luxury. Your eyes almost cannot absorb all of the silk damask, gold-gilt, the sprawling ballrooms and the fanciful gardens.

If Vienna served as the seat of Habsburg power, you get the sense that Budapest, the city approximately 150 miles to the east along the Danube, was more like a precious and elusive jewel in its imperial crown. While Vienna is imposing and impressive, Budapest is whimsical and eclectic and free-spirited. Buda hill rises proudly up from the Danube River; from its peak you look down over the metropolis of Pest, the grandeur of the Parliament and the Chain Bridge, and the storied green plains beloved by the skilled Hungarian horseback riders. Budapest looks like it might have been plucked from the pages of a funky fairytale.

And yet, not every fairytale has a dark chapter that involves Communism, strings of dictatorships and the Cold War. Vienna was not forced to weather so many ghastly chapters in the twentieth century. Budapest was. You can't avoid the reality that Budapest, though beautiful, has seen a lot that was not so beautiful. Its buildings still retain the scars, in fact. Strolling along the Danube, it's not uncommon to glimpse bullet marks carved into the exteriors of Budapest's buildings, wounds from when Soviet troops rolled into the city with tanks and ruthlessly crushed the Hungarian Revolution of 1956. You sense that legacy of suffering and survival in the buildings of Hungary's capital, and in the stories of its people.

And so, because of both their similarities and their differences, these two twin cities complement one another, without being identical mirror images. They speak of a shared history between two proud and captivating individuals. Like a pastry with a cup of coffee or a slice of strudel with a generous dollop of whipped cream, they are each lovely on their own, but rendered even better when enjoyed together.

ALLISON PATAKI is the New York Times bestselling author of the historical novels The Traitor's Wife and The Accidental Empress. She graduated Cum Laude from Yale University with a major in English and spent several years writing for TV and online news outlets. The daughter of former New York State Governor George E. Pataki, Allison was inspired to write The Accidental Empress by her family's deep roots in the former Habsburg empire of Austria-Hungary. Allison is the co-founder of the nonprofit organization, ReConnect Hungary. She is a regular contributor to The Huffington Post, and is a member of The Historical Novel Society.

More:
tourismDanubeHistoryviennaEurope
Newsletter Sign Up
An essential daily guide to achieving the good life
Subscribe to our lifestyle email.
Successfully Subscribed!
Realness delivered to your inbox