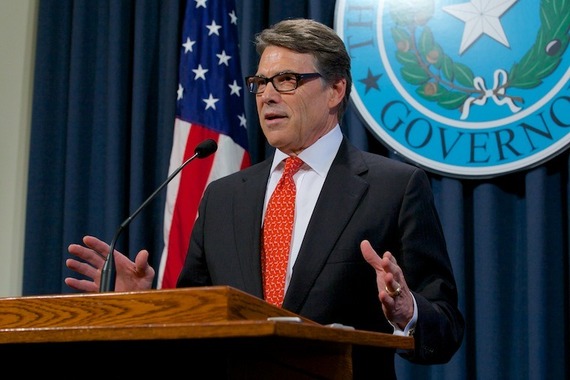 The year was 2005. I was a starry-eyed, recent university and junior investment banking analyst. Not knowing very much about politics, but knowing quite a bit more about finance than the typical 26-year-old, I came across a public policy program that looked too good to be true. It turned out that I was right. This program provided a lucrative -- seemingly too lucrative -- tax credit match for venture capital and economic development funds. Given the largest such program to date had recently been approved in Texas, I decided to buy myself a cowboy hat, a pair of boots, and head on down to Texas. Not only could the program be lucrative, but, as described below, it would provide an opportunity for a twenty something, with little to no venture experience, to be a partner in a fund.

This economic development program, called the Certified Capital Company, or CAPCO, program was legislated in seven states -- Alabama, Colorado, Florida, Louisiana, Missouri, New York, Texas and Wisconsin -- and the District of Columbia. The program allocated insurance tax credits, billions of credits, to venture and economic development funds that invested in early-stage businesses in those states. Generally, the program's stated goal was attract fund managers to these states, to invest in early stage and startup businesses -- states, which theoretically, received a disproportionally small fraction of venture investing relative to the number of startup opportunities available. A secondary goal was to create jobs. A tertiary set of goals, in certain states, included driving investments to certain sectors, geographies, or stages of business. Investments generally had to be made in early stage businesses, with a majority of the employees stationed, or to be stationed, within the subject state.

So far, so good. Right? You may be asking, where are the issues? From a logical standpoint, there were at least three glaring issues with these little known programs that a kindergartener, let alone a legislator or state chief executive, should have questioned. First, all of these programs, except for the District of Columbia's and Louisiana's (for a period), provided for a dollar-for-dollar tax credit based upon the amount of capital raised and invested by the funds. To any individual, educated or not within the public policy or finance arena, this tax credit match should seem astronomical. Comparable programs, such as the Federal New Market Tax Credit Program, offer a 39-cents-on-the-dollar match. Excluding management fees and offering expenses, the dollar-for-dollar match meant that if every investment went bankrupt, fund managers wouldn't have lost a dollar or owed investors any lost principal.

Second, logic would dictate that CAPCO legislation would allocate credits to fund managers with the best historical fund returns and/or records of creating jobs, as economic output and job creation are core stated goals of the programs. Yet, in most states, to qualify as a CAPCO, a fund must only demonstrate that two fund managers had five years or more of early stage investing experience -- the historical performance, however, in terms of job creation or return was never questioned. Tax credits , themselves, were allocated on a proportionate basis based upon each fund's ability to attract insurance company investment commitments. However, the CAPCOs issued insurance companies financially insured, investment grade bonds paying both cash and the tax credits, meaning the fund performance (and risk) was irrelevant to the insurance company investors, unlike in a traditional venture fund.

Third, the auditing of CAPCO programs across all of the states were poor. In fact, in most states, the CAPCO funds submitted their own unaudited, aggressive figures for "job creation and retention." As independent studies, reports, and analyses across states showed, this often led to aggressive counting and double counting (where more than one CAPCO invested in the same company). Some CAPCOs would count jobs added in future funding rounds, arguing their earlier funding or relationships attracted the later round.

Fourth, the CAPCO legislation incentivized the funds to make relatively low-risk, short-term debt investments, versus the equity investments both high-tech ventures and low-tech businesses in distressed areas needed -- where the funding gap actually existed. The legislation required CAPCO funds to invest 100 percent of the capital raised, before dividending funds above and beyond general management fees. Offering expenses, generally totaling near 10 percent of fund capital, and annual management fees of 2 percent per year would dictate that the 100 percent hurdle could only be met via more than one funding round. Since CAPCO legislation generally required equity investments or debt investments of two years in duration, or greater, most funds made low-risk, short-term debt investments in their first round investments, to ensure that they could safely churn the money for a second round.

From a finance perspective, the program was great for me. It was an opportunity for a 26-year old, with little or no venture experience, to launch a fund -- given the structure, no one would care about my lack of investing experience. I put my cowboy hat on, shinned up my boots, and hopped the next plane on down to Texas. From a public policy perspective, it was an absolute disaster; this is something I would grow, to understand, as I matured professionally and politically. I still question, to this day, whether eight state legislatures (and most of their governors) passed CAPCO programs, sometimes multiple programs, due to 1) pure stupidity, 2) a lack of fiduciary responsibility to read and understand the bills upon which they were voting, or 3) lobbying pressure.

Now, let's take a look at the future 2016 presidential hopefuls, and their history with CAPCO legislation. Scott Walker voted, as a Wisconsin Assembly member, for Wisconsin's CAPCO program. In 2011, as governor, he continued to support the program, a program which Journal Sentinel analysis found created only 202 jobs in Wisconsin via a $50 million tax credit subsidy -- that's $247,000 per job created. Eventually, following the Sentinel's scathing article, Walker changed his tune, and withdrew support of the program.

Similarly, Rick Perry was a supporter of Texas' CAPCO legislation -- Texas' Republican legislature passed two $200 million tax credit programs during his administration. So much for the Texas Tea Party! Perry vetoed neither bill. Perry made no efforts to encourage his Republican colleagues in the Texas legislature to withdraw support. Instead, he supported the program. According to Texans for Public Justice, between $1.0 million and $2.4 million was spent lobbying for the program. The first Texas CAPCO program, legislated in 2003 and offering $200 million in tax credits starting in 2005, was oversubscribed by more than eight times -- meaning, given the risk/reward profile, demand for credits exceeded the supply by over eight times. What did the Texas legislature, and Rick Perry do? Support a second, $200 million CAPCO program, with a dollar-for-dollar tax credit match, when it was plainly obvious the match was entirely too generous, rather than reduce the match to 30 or 40 cents on the dollar or cancel the program all-together. In fact, most states were oversubscribed by at least five times.

David Dewhurst, Texas' Lieutenant Governor, led opposition to third, and that time unsuccessful attempt, to allocate additional funding to the CAPCO program after the Texas Comtroller's office estimated the cost per job created at $29,799, more than any current job creation program in the state. It should be noted that, in Texas, the Governor and Lieutenant Governor run on separate tickets.

The only 2016 Presidential contender to question CAPCOs was Jeb Bush. Given Perry and Walker's attempts to appeal to the Tea Party, it is rather ironic that both would support a program dolling out tens, or hundreds, of millions in state tax credits to out-of-state venture capitalists with limited oversight, while the only non-Tea Party candidate was the one to ask tough questions. Bush inherited Florida's CAPCO program from a prior administration, a CAPCO program which already allocated $75 million in tax credits and was obligated to allocate another $75 million during Bush's administration. After learning that the CAPCO program had not created a single job in Florida, but rather companies receiving CAPCO investments actually lost a new 174 jobs, Bush killed the second allocation in his state -- in doing so, attracting threats of a lawsuit from one CAPCO fund.

The general concept of public-private venture partnerships, and offering tax credits to attract venture funds to underserved states does make sense. Venture capitalists are active investors, and tend to concentrate in pockets such as Silicon Valley and Boston where there are a) a significant density of high tech opportunities and b) a significant density of fellow venture capitalist to serve as co-investors. Texas and upstate New York suffer from a supply/demand imbalance between viable startups and funding. A public-private partnership model -- employing future flow tax credits -- makes structural sense. Tax credits are spent over the course of five to 10 years to create jobs and economic return now, and if long term venture returns are achieved, should be more than repaid. Further, the structure creates an incentive to draw venture capitalists to these underserved areas, and to employ their expertise in deploying funds; it also avoids the conflicts created by allowing public sector politicians to dole out the funds, and creates strong incentives for performance by making fund managers large equity participants in the funds.

The poor policy is in the excessive tax credit match, in the poor program oversight and audits, and in a structure which incentivizes CAPCO funds to churn money -- making safe and short-term equity investments -- rather than higher-risk, longer-term equity commitments that tech startups and job creation require.