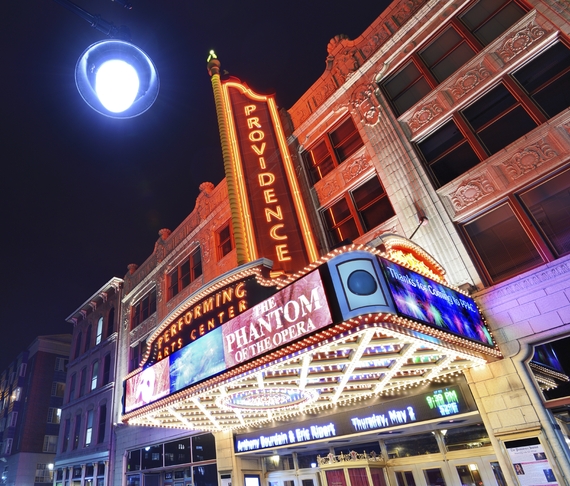 When former Providence Mayor Vincent "Buddy" Cianci passed away this week, I was surprised to find myself as sad as I was. I was never a Buddy campaign supporter, nor did I have business dealings with him. I was not a fan of his radio talk show, but I admit I sometimes tuned in for fun.

At first, I thought I was sad because a larger-than-life figure from my childhood had died. But after much reflection, I realized it was because Buddy's death marked the end of an era - a time when Providence citizens truly embraced a Mayor's vision for our city and helped turn urban renewal into a cultural renaissance.

Buddy Cianci was a polarizing figure equally loved and hated. There was good Buddy: a charming Mayor of possibilities and then there was bad Buddy, a scandalous figure driven by greed, ego and more bully than buddy. Out of respect to those who mourn him, I will only share my memories of the good Buddy Cianci.

First off, you didn't meet with Buddy, you experienced Buddy. Whether he was speaking to a crowd, running a meeting, working a room or walking a neighborhood, Buddy was charismatic and commanding like no other. If you lived or worked in Providence during his reign, you couldn't avoid crossing his path. He led the city I love more like a king than a mayor. He was as cunning as he was charming, and smarter than most. To say Buddy was a volatile force of nature would be a huge understatement - he was a powerful ally and a dreaded enemy.

Buddy was always on. I remember a day after reelection, while other winners were off on vacation, Buddy was on TV briefing the media at the site of a hostage crisis. The ink on the ballots was barely dry.

Event after event, year after year, Buddy would be engaged at even the most routine events. Everyone knew: Buddy wouldn't miss the opening of an envelope. Every vote mattered, even future ones. Sitting on stage alongside other dignitaries at high school graduations, Buddy would be the only one to turn his chair toward the valedictorian. He would then hang on to every word of the young speaker and future voter.

Buddy was an ever colorful orator. When thanking a philanthropist, Mary "Happy" White, for donating a playground in the diverse neighborhood of South Providence, he joked about the irony of a "Happy White" playground in the heart of a "Black Neighborhood."

Unlike most politicians, no subject was taboo for Buddy. A favorite guest of the nationally syndicated Imus in the Morning show, I once stumbled across a live Buddy appearance on a Don Imus visit to Providence. I am paraphrasing from memory, but I recall the conversation to be something like this...

Imus: Mayor, I love your city. You have moved rivers to create a beautiful Waterplace Park. How were you able to do that?

Imus: How are Federal grants awarded?

Buddy: They are awarded based on a city's population.

Imus: Mayor, what is the population of Providence?

Buddy: It depends upon the size of the grant!

Branding Providence may have been Buddy's greatest achievement and he mastered it. Just as Buddy reinvented himself to resurrect his political career, Providence reimagined itself as a city reborn of art, food, culture, architecture and education. Providence became widely celebrated as the Renaissance City.

Mayors who followed Buddy hoped to rebrand the city in their own image too, but no out-of-state branding firm could manufacture what Buddy instinctively discovered. He awakened an authentic renaissance spirit as genuine as the people who lived here, and the Renaissance City became as charming and dynamic as the fearless leader who championed the brand.

That's why Buddy resonated with voters for decades despite his flaws. He was a real Rhode Islander even if his antics were beyond imagination. Just Buddy being, well, Buddy.

When Buddy served (and by served I mean as Mayor and not time in a Federal prison), he spoke about his vision of Providence with the passion of a lover. He believed the capital city of the smallest state should be bigger in the eyes of the nation.

So when the Ocean State Theatre needed money for restorations, he provided funding with the proviso that they change the name to the Providence Performance Arts Center. Why? Because great cities have great art centers and Providence deserved one too.

Buddy found money to form a mounted police command in Providence. Why? Because New York City had police on horseback and Providence should too.

Buddy was the face of Providence during an era when the city needed a salesperson most. He spoke at national conventions, smiled from the labels of his pasta sauce jars and drew attention to Providence in ways good and bad. Buddy challenged us to think bigger, act bolder and to believe in our city as much as he did. Join me in remembering the renaissance mayor who never stopped believing in Providence. The good Buddy at his very best, RIP Mayor. 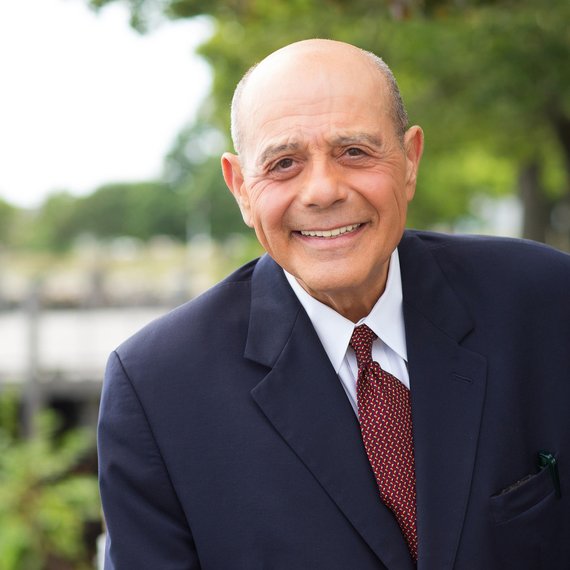