The ice cream shop Coppelia is practically a landmark in Cuba. Owned by the Cuban government, the Havana-based parlor has sold the dessert since the 1960s. It is now an iconic place for both Cubans and visitors. 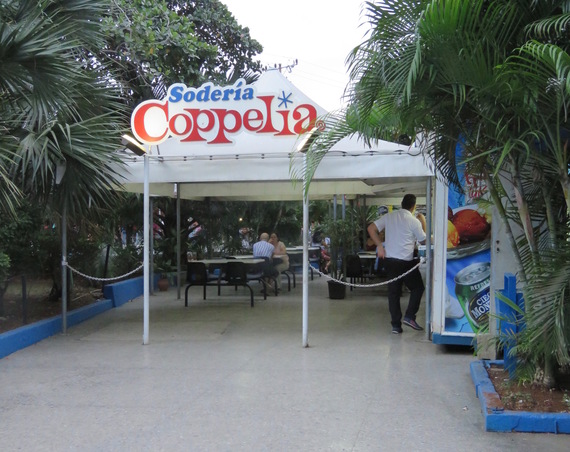 On my recent trip to Cuba, my tour group was scheduled to try Coppelia's ice cream. At last minute, though, we were informed that this stop was going to be skipped. Why? Our escort advised us the line at this place was simply too long However, as an American long-stricken with an incredible case of 'FOMO,' I felt compelled to visit for 'Fear of Missing Out' on visiting this widely known ice cream parlor. As I exited the taxi, I quickly noticed the long line. It seemed to me that people had been waiting their turn for at least an hour to get their scoop of ice cream. 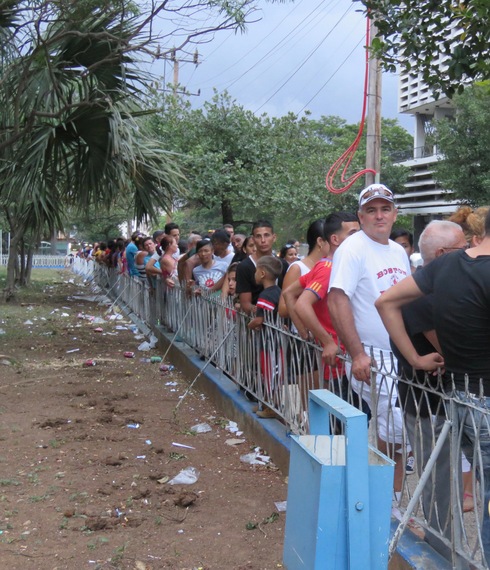 As I tried to assess which direction would lead me to the back of the line, I was told by one customer to go to the left. However, the next thing I knew, I was ordering ice cream: I did not have to wait! Surely, there was an error.

My white skin and blonde hair, quickly identified me as a foreigner who had access to CUCs. The locals used the Cuban Peso (CUP). There was no line for people like me who were paying with Cuban Convertible Pesos (CUCs). Cuba bewilderingly has two currencies. Locals use the Cuban Peso (CUP), while foreigners uses the Cuban Convertible Peso (CUC). The latter is worth about 0.87-0.90 USD. Since most Cubans are paid in CUPs, this currency is frequently used by the locals to buy staples at their bodegas. Meanwhile, the CUC is used generally for the purchase of "luxury" goods. Notably, some tourists seeking better pricing for basics choose to convert their CUCs into CUPs. One CUC is worth about 25 CUPs. I stuck to CUCs as I did not want to get left with two currencies that are not exchangeable outside Cuba

Ultimately, there is a distinct contrast between those with access to CUCs and those forced to use CUPs. For me, this experience at the ice cream shop truly highlighted this stark contrast. 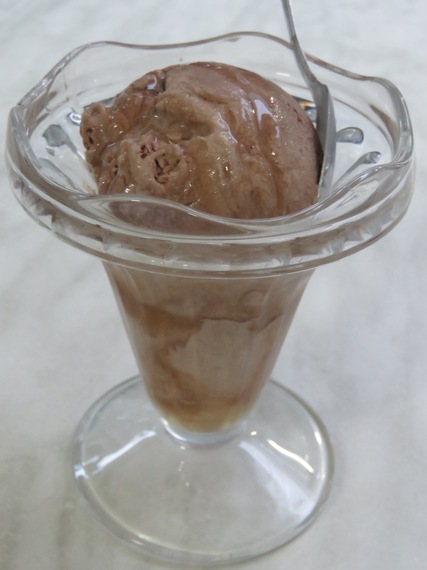 People with CUCs don't stand in queues. They get to walk right up to the ice cream counter and are immediately offered a variety of ice cream flavors, including chocolate and vanilla. However, people with CUPs have to lineup. The only choice was vanilla ice cream with cookie crumbs on top. And, while the ice cream on the CUC side was served in a lovely old fashioned glass laced with caramel syrup, the ice cream on the CUP side was presented in a non-descript plastic oval bowl. The CUCs got to choose the number of scoops that they wanted, but the CUPs did not get that choice. They could only decide how many bowls of four scoops of ice cream they wanted. The people I shared a table with ordered 2-3 bowls each or 8-12 scoops of ice cream each. This was clearly a big outing for them. 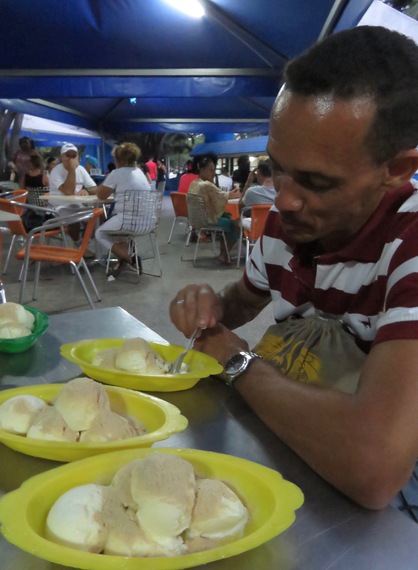 Eating only one of the 4 scoops of ice cream made me feel awful. I was wasting what was precious to them. After all, the average wage for a Cuban government worker is about $25 a month, and this ice cream cost at least 5 CUP or .19 US versus about 4 CUC or about $3.48 US. Calorie counting was a first world problem.

Interestingly, the ice cream's texture tasted to me to be about the same on both sides. The only difference was the flavor and topping. Instead, what was distinguishable between the CUP and the CUC ice cream was the customers: Who had access to hard currency and who did not? It was truly a situation between the 'Haves versus the Have-Nots.' While I loved my time in Cuba, I wondered should the government cater just to foreigners--leaving their citizens with just the next best. The government's stance towards its currency is clearly creating a highly polarized society economically.