I was out to dinner in Vienna recently, eating with two friends who happen to be from nearby Hungary. We were at a favorite Viennese hotspot of theirs right in the center of the old city. Being the lone American at the table, I happily let them take the lead in ordering course after course of mouth-wateringly delicious fare.

We ordered a typically Austrian menu: soft pancakes, Tafelspitz (a hearty beef broth with carrots, onions, and copious slices of beef), roasted potatoes, cabbage, bone marrow (yes, I tried it!) and bread. To accompany our meal we ordered a bottle of Takler from one of Hungary's most beloved wine regions. Our table was a riot of rich flavors, tantalizing aromas, and tasty bites.

I took a momentary (very momentary, I should probably say 'fleeting') pause to come up for air from this wonderful meal to ask them how they--as proud Hungarians--found the food in Vienna to compare to that of Budapest. Was it better for them in Vienna than it had been when they lived in New York? After all, here they were so much closer to home and just two hours from their native capital--did they love having access once more to Hungarian food? And how did this Austrian food compare to their beloved Hungarian cuisine?

They considered the question a moment before answering: "There's really not much of a difference between the food in Budapest and the food here in Vienna. The only difference is that Austrian food has had a much better history of Public Relations, so, all of the foods that we think of as Hungarian are thought of throughout the rest of the world as Austrian."

I found this interesting. The Austrian and Hungarian capitals certainly felt different to me. The architecture is different, the language spoken on the street is different. But the food was being described as more or less the same? Happily for me, as I was visiting both Vienna and Budapest, I decided that it would be the perfect opportunity to look into this theory a bit more. Was the Austrian menu simply the luckier big sister, the beneficiary of centuries of better PR?

Sure enough, the same items kept popping up on every menu, whether I was in the Hungarian or Austrian capital. There was Hungarian goulash everywhere I went in Austria and the Austrian Schnitzel all over the other side of the border. Both Austrian and Hungarian menus offer plenty of pork (especially sausage), as well as cabbage, pickles, broths, and soft pancakes. The pastries were often the same, too--I was as likely to find strudel in Budapest as I was in Vienna.

And then there are the dishes that seem to more uniquely represent the flavors of their respective homelands. Of course in Vienna you can't escape the sweets. And you shouldn't try! There's Schlag cream and soufflé and tortes, oh my! Next time you pass through the city, be sure to stop into Demel's, right across from the Hofburg Palace at Michaelerplatz, for a heiße schokolade mit schlag - the most thick, delicious hot chocolate you'll ever have, topped with a satisfying dollop of whipped cream. Perfection in a cup.

On the other side, the Hungarian palate loves and exalts the spicy chili pepper, the building block of the seasoning called "paprikás," which is like a small pop of fire inside your mouth. I always think of the stories of how my grandfather, a Hungarian farmer, used to just nibble on these hot peppers all day long, as if it were the most mundane of snacks. I do not recommend you trying that at home. 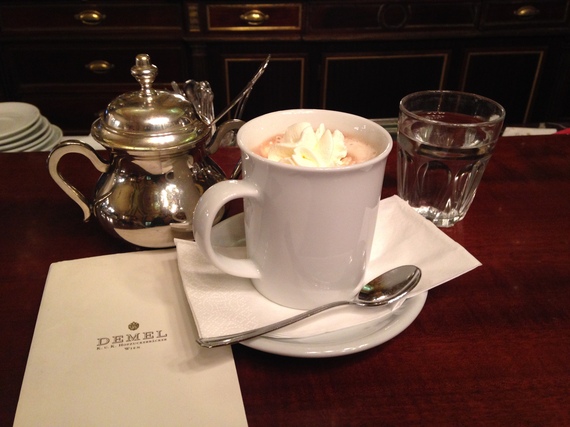 A quick break to warm up with a hot chocolate with cream at Vienna's iconic Demel's, right across from the Hofburg Palace. COPYRIGHT: Allison Pataki 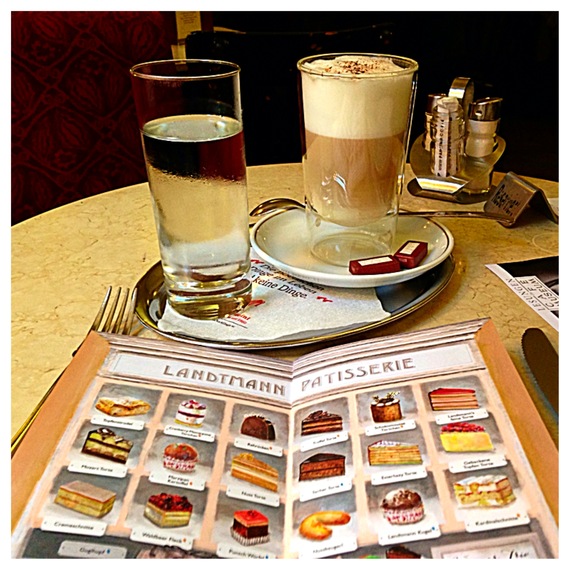 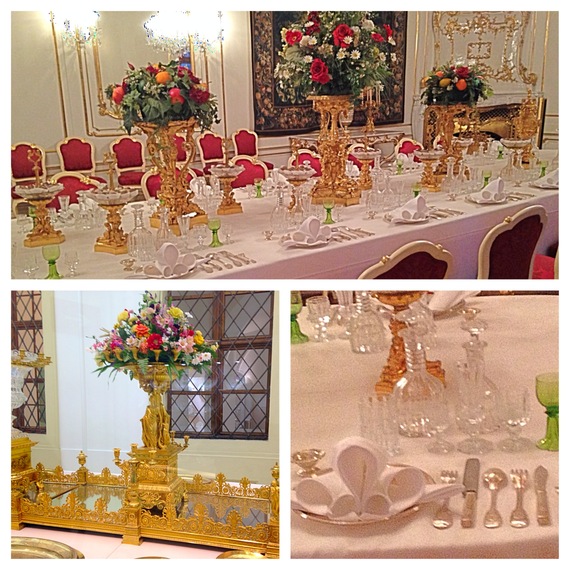 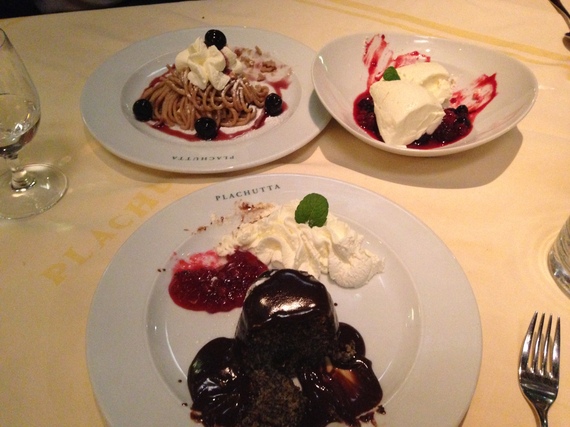 Dessert after a delicious dinner of Tafelspitz. We couldn't pick one, so we ordered three. COPYRIGHT: Allison Pataki