I've used the phrase "measured belligerence" to characterize certain kinds of poetry in the past, and though I now find the parlance a shade hyperbolic, I still recognize, in poems, the exhilarating lyric ferocity that led to its coinage. Bruce Smith and Terrance Hayes come to mind as poets whose work invites such an appellation; so, too, does James Kimbrell. Born into poverty in Jackson, Mississippi near the end of the civil rights movement, Kimbrell's poetry burns with an urgency equal to its origins. His recent third collection, Smote -- by which I was first introduced to his work -- is a study in the freedom a rooting in craft can afford. Yet, though Kimbrell does hold three Creative Writing degrees (and one in Philosophy) none can account fully for the vastness of his structural imagination. In Smote, Kimbrell deploys everything from prosimetrics to bisection to enact and braid an assemblage of Southern voices at once spiritual and human. His ligature is licentious and synaptic, slightly frayed silk instructing a sinewed marionette to a concordance part balletic, part middle linebacker. The poems move with a palpable hunger and narrative thrust, but concede no simple resolutions amid landscapes of racial and economic inequality. 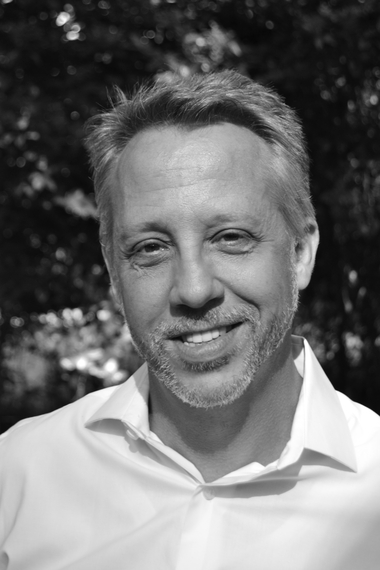 Kimbrell's associative movements are both daring and honest, in turn making them feel all the more organic. Pair the above with a sharp, muscular language and a mind in earnest search for reckoning and you come up with a damn fine collection of poems, if not one of (carefully) measured belligerence. I was fortunate enough to speak with Kimbrell for Fogged Clarity last week; a few points of our discussion can be found below. For those interested, the entirety of our talk can be read or listened to on Fogged Clarity here.

BE: Are your wings spread in Smote because you're confident in the learn-ed feathers and fibers that spun them; or are they spread because they're spread and gravity be damned?

James Kimbrell: Man, that's a great way to put it. Maybe a little bit of both, I think. I'll tell you, the other day I was with my wife in Marianna, which is not too far from Tallahassee, and she's an attorney, so she was meeting with a client; so while I was waiting for her I took a little daytrip over to the Marianna caves. You go into these caves and--you've probably been in a cave before--there are these straws that form before they're stalactites; they're just straws. They're hollow in the center; the water comes down and then eventually the water starts flowing on the outside which creates a solid rock and then it can form a column as it goes all the way down to the ground. Well, that growth of that straw into a stalactite into a column happens at about one inch for every hundred years. You sit there and you look at it, and you think: "What an incredible way to witness the passage of time, and the creation of form." Because it's a shape--it's hollow on the inside and that shape starts to change. But what creates that shape and form organically is repetition--of dropping water, of water through a particular porous passage in the rocks. I think if you have a force, a voice, a statement, on the one hand, that may seem not terribly formally coherent--if it goes through a passage over time, form starts to work its own magic. It doesn't end up being forced; it ends up being something that comes out of the repetition of a certain action over a period of time. I think the poems happen that way. I mean I still count syllables, I still count stresses at some point during just about every poem's composition. But I also have the sense that there is a best possible shape for any given poem, and that if I keep listening to it and keep fiddling with it, that shape will manifest itself. Then it's just a matter of getting out of the way, and letting that happen, and trying to be sensitive to it, maybe above and beyond what my intentions might have been for the poem. In this way the poet steps out of the shadow of his/her intentions or hopes or ambitions for a poem and it becomes its own presence. I think that helps lend itself to form as well. It's like the way a child turns into an adult.

BE: Did you see that happening in Smote?

JK: Yeah, I think so. Gradually. But it took, more so than in anything else that I've written, a higher degree of tolerance for the disordered. There's this great essay by one of my former teachers, Gregory Orr, in a book that came out in the "Poets on Poetry" series. I believe it came out around '92-'93. It's called Richer Entanglements; in it Gregory says that in some ways every poem is an argument between order and disorder. I think that disorder had the better half of that argument in the writing of this book, for a longer time than I was accustomed to. There were parts of poems that belonged to other poems; for years so much of it seemed to me to be grazing off in the back pasture of my intention. The poems didn't seem terribly concerned with my need to get them into any kind of presentable shape. So the lesson for me was patience and not trying to force anything, but also being on standby for any possible connection or any kind of magnetic pull between sections that might want to come together. It seemed like in the last year of writing the book--and it wasn't until the last year of writing--I'd have several days or weeks in a row where things that seemed really astray really started coming together and started taking shape and hooking up and making sense; taking shape and form in a way that it hadn't. Boy, you talk about a rush, especially after being with it in a disordered state for so long. It was a long-term gestation. It was different for me; it really was. Certainly, in my younger days, in writing my first book, I was much less capable of letting things remain in that intermediate state. I remember once, when I was at the University of Virginia taking a workshop with Rita Dove, and she told me explicitly--of course she was encouraging and nice about it--she encouraged me not to be in such a hurry to put the polish and glaze on a piece, to let it breathe a little bit, and let it find its shape and not try to whip it into some sort of finished state too soon because you might cut the poem off from certain possibilities that could really bring it up to another level.

BE: Absolutely. I think so often we equate organic development with something expedient that comes like leaves to a tree, but it can be over time and sporadic.

JK: That's right. You think about that one-inch for every hundred years. That really kind of puts things in perspective because you're sitting there looking at one of these cave straws that's about a yard long and you're going "Okay, there's three thousand years right in front of me." We can go back to the Renaissance and that covers about the first two inches. It telescopes time in a way that personally I find very liberating. Time doesn't seem like this big burden of armor that you carry trudging up the hill. It's not a Sisyphean feat just to consider it. You don't feel the weight of all that time. It feels more fleet somehow.

BE: It is indeed a human construction. You need not feel it all.