Since it is Thanksgiving, I was thinking about all of my Thanksgivings. This year my daughter decided that she and my son-in-law weren't cooking. They were going to go out and they were taking me with them. I didn't let on how disappointed I was, since Thanksgiving has always been my favorite holiday, and we went to Bev Gannon's Haiilimaile General Store for a mediocre meal.

This was only the second time in my life that I had eaten in a restaurant on Thanksgiving. The first time was when I was a child living on Pleasant St. in New Britain, CT. I was 10 years old. My mother thought she would get a head start on the traditional meal by stuffing the turkey the night before. I remember waking up Thanksgiving morning and coming downstairs, excited for the feast that would be coming. As I reached the bottom step a sharp, foul odor attacked my senses.

I walked into the kitchen where my mother was crying uncontrollably and the smell was almost overwhelming. It was a smell I had never experienced before, but since, only when I was around something that had died. The turkey appeared to be ready to go into the oven, it was trussed and dressed sitting in a roasting pan, however it was clear where the smell was coming from.

My father came into the kitchen and by then my two sisters and my brother joined us. The family surrounded my mother and my father assured her lovingly that this was no big deal and in fact instead of having our traditional Thanksgiving we were going to go to my favorite restaurant in the world; The Metropole in Hartford.

I remember jumping for joy! My father embraced my mother and then took the foul smelling fowl outside and deposited it in the garbage pail. The smell remained, so despite the 40 degree temperatures, my father opened the windows and the back and front doors to air the house out. In those days there was no football game on the television, everyone went to the high school game on Thanksgiving morning where the New Britain H.S. Hurricanes would pound the living daylights out of Bulkeley H.S. from Hartford, then everyone would return home to prepare for the feast.

By the time the game was over, the house was sufficiently fumigated so we could breathe again with the doors and windows mercifully closed. We piled into the "Bluebird," my mother named all of our cars. This was a 1950 sky blue, Studebaker, two door, barely big enough to fit our family of six in. One of the percs of being the oldest was I always got to sit up front with my mom and dad riding shotgun. 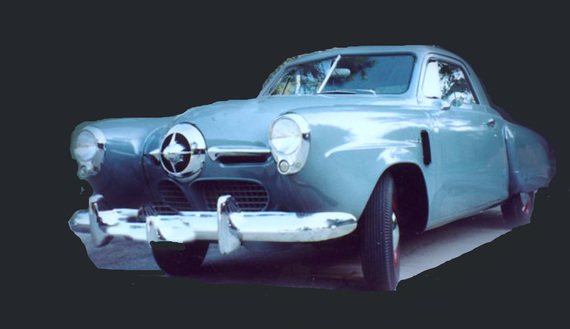 We headed out for the journey to our Thanksgiving Feast, however there was no over the river and through the woods for us. We drove through the East end of New Britain, then on through Newington, onto New Park Ave. then a right onto Capitol Ave and as we approached Main St. my father pulled over to the side, landed the Bluebird and we all piled out, me leading the charge to hot dog heaven; The Metropole. 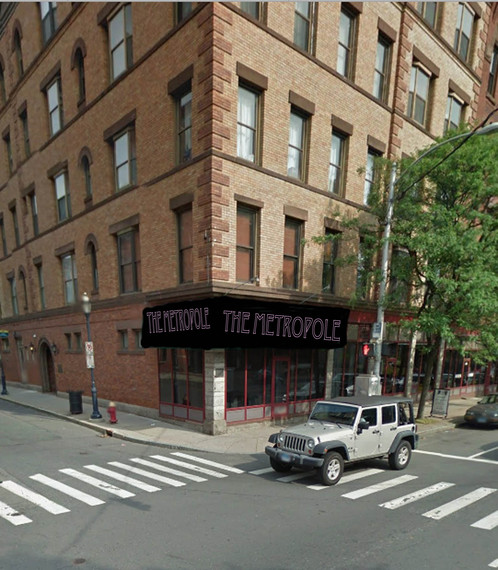 I remember being surprised at the number of people that were there on Thanksgiving. I wondered if these people had had similar culinary disasters. There was only one booth available on the non-bar side. It was the one next to and away from the archway leading to the booze side.

I can still remember the fragrance of the Metropole, the sauce, unlike any other, permeated the diner side of the place. I wonder if they had anything else on the menu. I can't recall seeing anyone eating anything but those amazing hot dogs; split in half on a toasted bun, spread lightly with yellow mustard, chopped onions and the SAUCE. The indescribable sauce. It was meaty, but not like chile. It was very brown and the consistency was almost like slightly, blended baked beans.

My mother was doing her best to enjoy the goings on, but we were ecstatic. My father was so set on making sure that we had a Thanksgiving to remember that he told us we could have as many hot dogs as we wanted!

"Really?" I screamed and started bouncing like a bobble head on the plastic seats.

There was nothing that I ever had before or since to touch the brilliance of The Metropole dog. I remember when I moved to New Britain and was told about Capitol Lunch, I too went there with the same anticipation as Faith Middleton wrote in the Hartford Courant story on Oct. 2000 "Secret's in the Sauce." However, I remember being sorely disappointed, although since the Metropole went out of business, Capitol Lunch now has the only game in town when it comes to saucy dogs.

Not only did my father allow us to binge on dogs, he also gave us carte blanche on Cokes, a license he would later revoke after my eighth coke and TWELFTH dog! Yes! I ate twelve dogs at that Thanksgiving feast in Hartford at The Metropole on November 27, 1958. 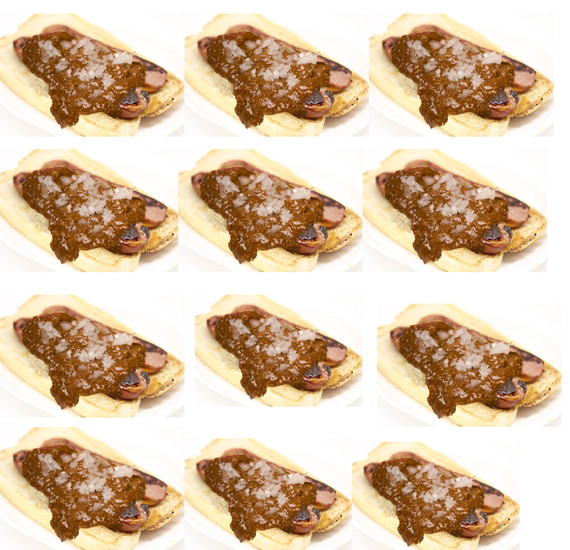 It was one of the greatest Thanksgivings of my life. The reason for us being there was all but forgotten because we were at The Metropole. Secretly, I hoped my mom would screw up the next Thanksgiving too.