Girl Up is a for-girls, by-girls organization of the United Nations Foundation that engages teens in the United States to raise awareness and funds that support adolescent girls in developing countries. Girl Up pictures a world where all girls, no matter where they live, have the opportunity to have an education, good health, safety, and to live up to their full potential in life so they can be positioned to become the next generation of leaders. For three days, I attended a Girl Up leadership summit in Washington D.C. Girls all over the country, ranging in age from 10 to 24, engaged in workshops, listened to many inspirational speakers, and even advocated their state representatives about issues involving girls in developing countries.

The speakers at this Girl Up summit were not only very well spoken but inspirational. It was a pleasure to listen to people with such powerful positions like Tina Tchen, Chief of Staff to Michelle Obama, Aaron Sherinian, Vice President of Communications and Public Relations at the UN Foundation, and Kathy Calvin, President and CEO of the UN Foundation along with thirteen other phenomenal speakers and presenters talk and engage us teens about how influential and strong we can be. We also heard strong statistics. For example, if you give a man a dollar, only forty cents of that dollar will go back to his community and family, but if a woman is given a dollar, approximately ninety cents will go to her community and family. 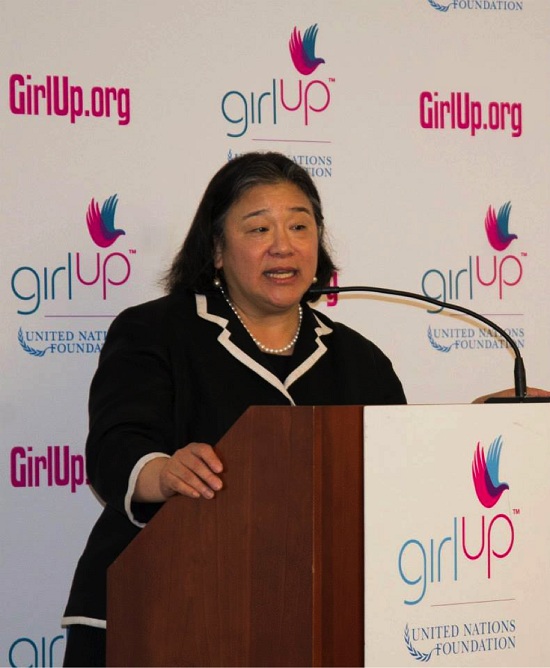 To conclude our 2013 Girl Up summit, we lobbied our state representatives on Capitol Hill. Since girls had gathered to the summit from across the nation, we all went to our state representatives specifically and spoke to them about girls being counted. This issue was very important for us to speak to our representatives about because girls in most developing countries are not counted at birth; they aren't able to receive a birth certificate, a visa, a green card, or other important documentations of birth. They are basically invisible and anonymous citizens that can't even get out of their country. This makes it very difficult, if not impossible for those girls to get a good education, a good job, and overall have the successful life they deserve. Because one person in eight is a girl or young woman aged 10 to 24, girls and women are one of the fastest growing population groups in developing countries. So naturally, not documenting girls is a massive problem. By not counting these girls, they are automatically, without even a chance, not able to reach their full potential in life. We spoke about this issue specifically to our representatives, asking them to address this issue when U.S. Foreign Policy is brought up.

October 11th is now dedicated to girls around the world with problems like illiteracy, dropping out of school, forced marriage, violence, and body image. This day will be the International Day of the Girl. We asked our state representatives to mark this day on their calendars and possibly speak locally about what the International Day of The Girl means to them. The 2013 Girl Up Summit opened my eyes to how much more efficient the world can be if women are released from being caged, from being forced to be shrouded under the shadow of violence, forced marriage, and denied education. It's time for a change. It's time for the voices of women and girls to be heard. 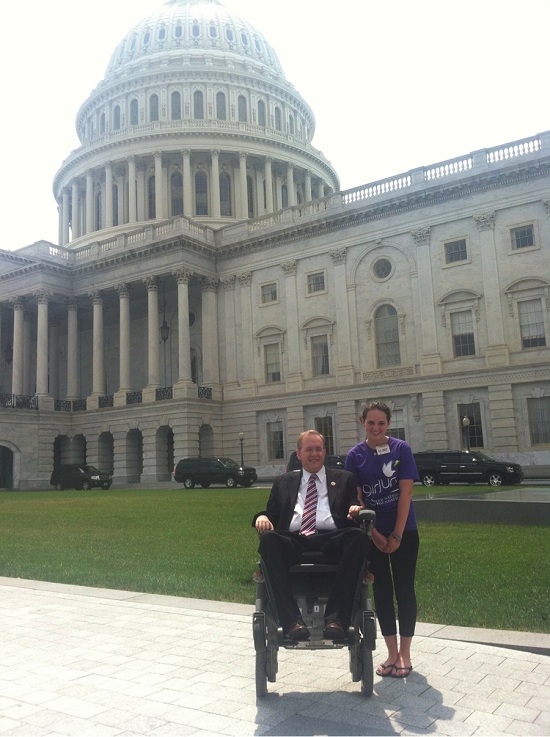