Needless to say Hispanic Heritage Month has not been going as planned for the GOP.

In an attempt to join this month's Hispanic Heritage Month festivities, the Republican National Committee has pledged to put on 25 events across 8 states in order to try and "build on the successes [they]'ve had before."

Hopefully, "those successes" are reflected on the caliber of event they are able to put on -- and not on the policies or language they use to speak to our communities.

Years after pledging to campaign to Hispanics in order to demonstrate that them "we [the GOP] care about them," it has become increasingly clear that hispanics have little to no reason to join any party the Republicans are throwing. Not during Hispanic Heritage month, and certainly not through this year or the next.

If you need any evidence of what Republicans are saying about Hispanics to celebrate, then look no further than Ohio Governor John Kasich's most recent comments:

"A lot of them do jobs that they're willing to do and, uh, that's why in the hotel you leave a little tip,"
...
"This lady wrote me in my hotel there in L.A. She wrote this note. It said, 'I really want you to know that I care about your stay.' Is that just the greatest thing?" he said. "So, you know, we can learn a lot and she's Hispanic, 'cause I didn't know it at the time, but I met her in the hallway -- asked her if I could get a little more soap," 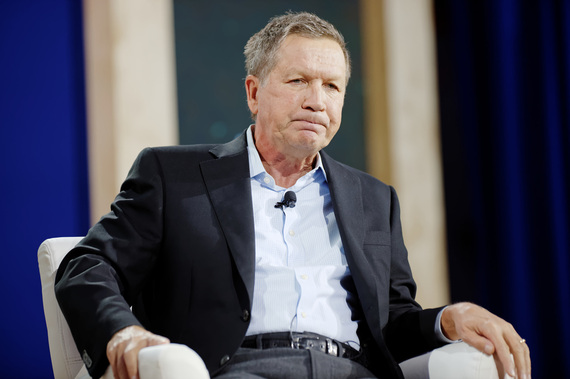 While the comments will certainly raise some eyebrows, what can really be expect from a party that is taking every opportunity to undercut Hispanics and minorities alike?

The next time John Kasich, or any Republican for that matter, wishes to comment on the work and labor of Hispanics they should reference the following guide, just to be sure they are
"not impeded - to go out and have conversations with the community about the issues:"
With plenty of time to celebrate Hispanic Heritage Month, let's see what else the Republican party says or does in order to liven up the occasion.
Download
Calling all HuffPost superfans!
Sign up for membership to become a founding member and help shape HuffPost's next chapter
Join HuffPost