With the Grammys 2015 behind us, I thought it apropos to talk about a typical experience I had while working in Hollywood. I loved my work in music television production. I wouldn't trade it for anything. But, like any other job, it came with its own set of frustrations. When thinking about this, I can't help but recall the time I met "Universal."

Universal was one of the many guys back in the day who wanted to introduce me to the stereotypical Hollywood "casting couch." As if I would ever fall prey to the casting couch. I was eager and a networking fool, but let's not go crazy.

My life was all about networking at a time when the only thing I'd done to qualify me to work in television was production and news desk work at my local network affiliate news station. Networking was all I had (aside from my brains, keen fashion sense and wicked sense of humor).

When Universal and I met, I was with my friend Britt at a legitimate red carpet event, hosted by her network E! Entertainment Television.

SIDE NOTE HERE. I'm only differentiating the event as "legit" because in Hollywood, you can stumble upon events purporting to be "star-studded" with a "red carpet" all day long. People in Hollywood (more so than any other place on the planet, it seems) have drunk the Kool-Aid about the mystical world of celebrities and red carpets. Which surprises me, because, you know... we actually have legitimate red carpet events going on all the time to serve as examples.

So when I was a publicist and would turn down events like a client's best friend's aunt's cousin's bat mitzvah, people were a bit befuddled and probably deflated. Poor kids. But their reasoning generally went something like this:

Why wouldn't the press see the newsworthy aspect and cover this event? No doubt Brad and Angelina would come. They're parents too. They can relate, right? And they'd do it for the publicity, right? No? How about Madonna? She studied the Kabbala for goddsakes! She'll definitely come out to show her support, especially since she doesn't get much PR these days, right?

But, THIS event with Britt... it was LEGIT. I talk about it in my book "Ms. Cheevious in Hollywood", but there were the usual soap and sitcom stars, a host of entertainment industry execs, publicists, and more -- and all manner of press.

This event initiated the brief, casual friendship I had with Universal. He turned out to be the Vice President of some type of distribution or production or something over at Universal Studios. Within a few minutes we learned that he was involved in approval of production as well as casting of a select few projects, and Britt was slightly in awe of my meeting him (the reason I started to talk to him, as well as why I chose to step away from conversations with the Soap and Sitcom stars are covered in the book as well).

So I was a single mom, trying to network my way into production jobs in Hollywood (I was never interested in acting), and I made this fabulous connection. I was always very clear about what I was doing in LA when talking with new connections, and Universal was no exception. Still, with Universal (and everyone else), I was my normal, kind, REAL and down to earth self. (That's me, right? RIGHT?)

I followed up with him, met him for lunch a few times, invited him to a big soire Britt and I threw, and learned of his personal interests... he was into fine art and music. He'd traveled with a rock and roll band of the 70's (some little known band like Molly Hatchett or Quiet Riot) for years before going corporate. I learned all of this, and he in turn knew of my aspirations. Not once did Universal ever make an effort to introduce me to people who could offer me a job, or even let me know about films or projects coming up so I could do the networking and hustling on my own. And yes, I came right out and asked him to. It was always met with something like "I'll keep that in mind."

My connection with Universal faded, as my energy for pursuing an obvious dead-end connection waned. And it was a two-way street. Once he realized there would be no booty, he stopped pursuing as well.

And this sums up the viable complaint of all of the beautiful women, and my beautiful girlfriends in Hollywood:

"It's always about the sex, or the date, or the arm candy with these guys. They aren't interested to connect with me professionally in the least."

And beauty is relative, mind you. For most of these guys, you don't have to have Jessica Alba or Cameron Diaz looks... If you have two legs, somewhat of a nice rack and aren't 400 lbs, you're good! I found this to be true of most of the connections I made with men who were all too eager to meet me for drinks now and then. I must have amused them with my talk of production and the business, and in speaking of marketing and budgets. I was always careful to let them know that I had something going on up there in my brain... Silly me, thinking that it mattered.

I won't mince words here, though. If any one of these guys had been hot, didn't have a pot belly bigger than an eight month pregnant woman, or weren't more than twenty years older than me, I may have been ALL over that. I'm a red-blooded female, aren't I? If there'd been any chemistry whatsoever, I'd be writing a different piece here altogether. These kinds of stories are what epic romances are made of, after all.

But listen ladies, I don't know why this blatant truth seemed to escape me back then, (maybe it was because I'd made my share of successful networking connections in the same way, which led to work) but it's a rare person who will extend the hand of friendship, and go out on a limb to recommend someone for work, let alone a heterosexual guy, when dealing with a chick he wants to "date".

I'm not saying "don't continue to take meetings," or "don't network." I'm not saying to close yourself off from opportunities. I'm just saying to be savvy. Be kind, polite and intelligent, and make your intentions clear. Then GO AFTER WHAT YOU WANT. Learn quickly if this connection isn't going to pan out, and MOVE ON.

It's a rare person who will extend the hand of friendship, and go out on a limb to recommend someone for work, let alone a heterosexual guy when dealing with a chick he wants to *date* 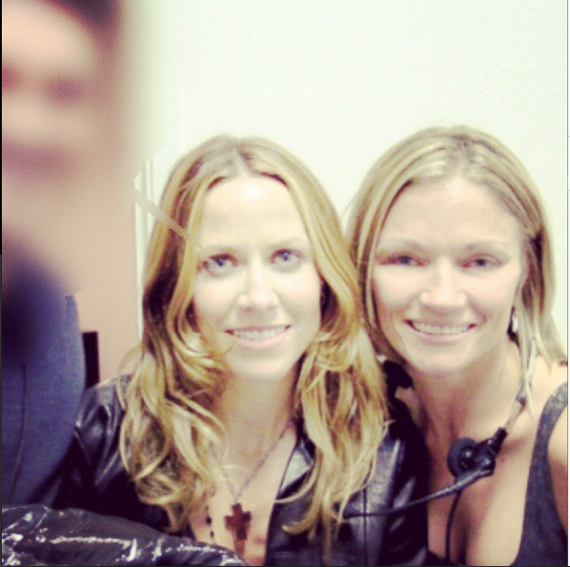 Above is Sheryl Crow with me in a rare backstage photo at a Sheila E charity event. This photo did not make the book... one look at it makes you wonder why anyone would want me as eye candy! I was exhausted with no makeup. This is what i really look like folks!

Be savvy. Be kind, polite and intelligent, and make your intentions clear. Then GO AFTER WHAT YOU WANT. Learn quickly if this connection isn't going to pan out, and MOVE ON. 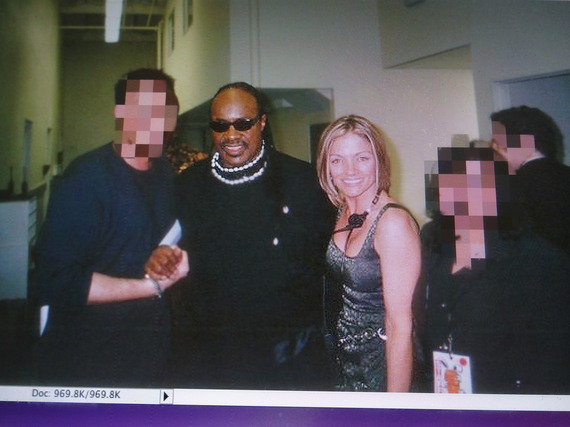 Another rare backstage image with Stevie Wonder and other members of the crew. This is one event where my relentless networking paid off!

YOUR TIME IS VALUABLE!

YOU MATTER & ARE WORTHY OF BEING TAKEN SERIOUSLY.

This post originally appeared on my blog "Ms. Cheevious - Bringing Mischief to the Masses"