Mention Italy and tourists probably think first of Rome, Venice and Florence, but a smaller and not-as-popular gem in the north, noted for the auto industry, is well worth a visit.

Mention Turin (Torino in Italian), and you're likely to associate the city with the car brands Fiat, Alfa Romeo and Lancia. It also hosted the 2006 Winter Olympics and is home to the Juventus football (soccer) club. 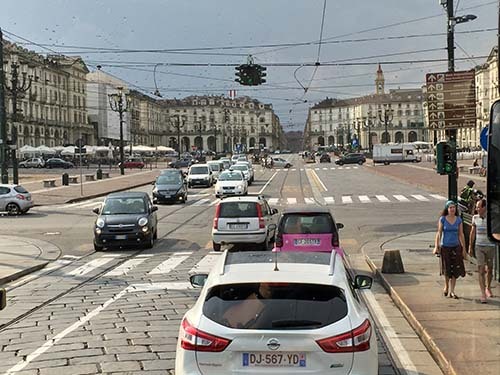 Its new female mayor even made headlines when she "pledged to turn it into Italy's first vegetarian city by making the promotion of vegan and vegetarian diets a 'priority.'"

Hard to imagine how she'll pull it off when a group of us were invited to a sumptuous dinner by the River Po that definitely included meat and fish. 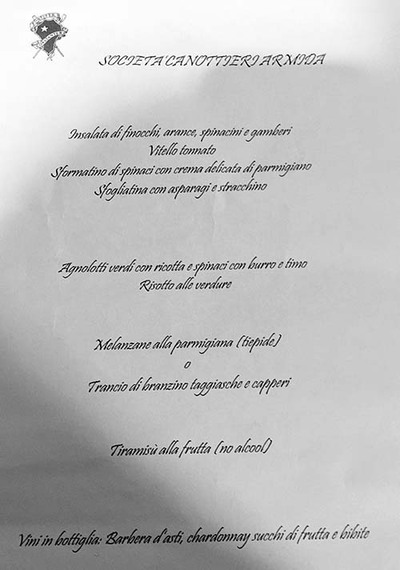 But there's a lot more to Turin than heavy industries or trendy diets.

It has a rich history dating back centuries and was the birthplace of the country's unifier, Victor Emmanuel II, who ascended to the throne of Sardinia-Piedmont in 1849.

I was treated to a sliver of a tour - two hours - with colleagues and trainees one night of a brief stay during which I co-conducted a workshop there. 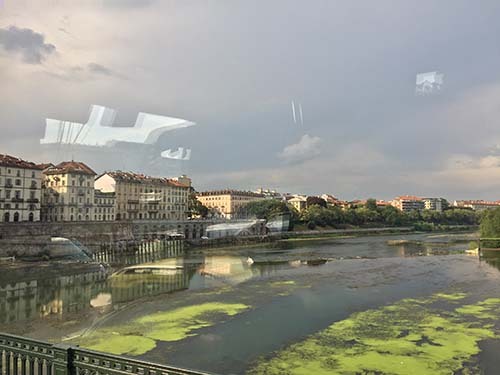 The drive into town took us past the Gran Madre di Dio church, a beautiful neoclassical structure built between 1827 and 1831 to celebrate Victor Emmanuel II's return from the Congress of Vienna. 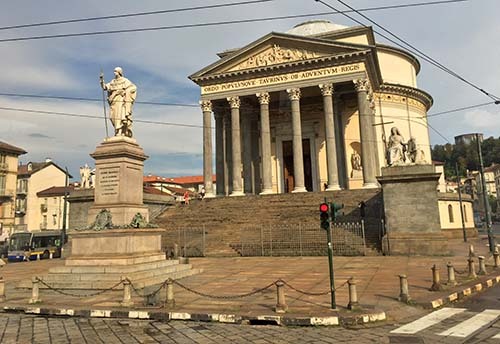 That's when European leaders reshaped their continent following the Napoleonic wars, and the rest, as they say, is history. 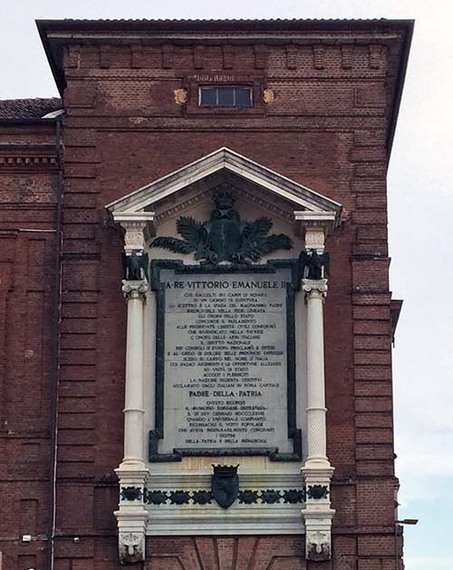 It was a delightful introduction to a city I hope to revisit and spend more time savoring its history, architecture, museums, culture, cuisine and other pleasures.

During our brief walk in the center we came across a dark bas-relief of Christopher Columbus on a city wall. Legend has it that if students rub Columbus' pinky, they'll pass their school exams, our guide said, hence the faded dark color on his little finger. 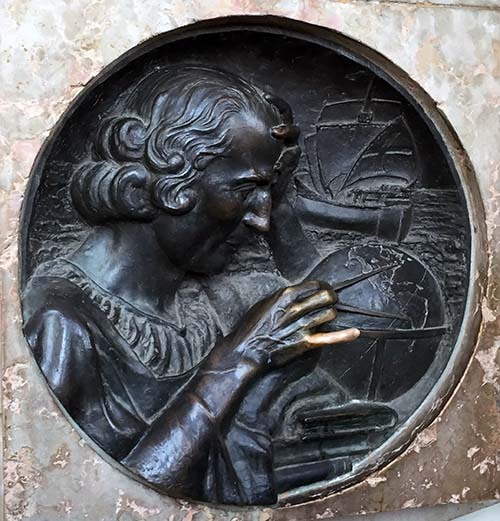 We got a sneak preview of the new Polo Reale complex of four museums that includes the Royal Palace just before closing time.

We barely had time to take in its elaborately carved entrance walls with imposing statues all the way up to the ceiling and beautiful chandeliers, as well as the painted inner stairwell and ceiling. 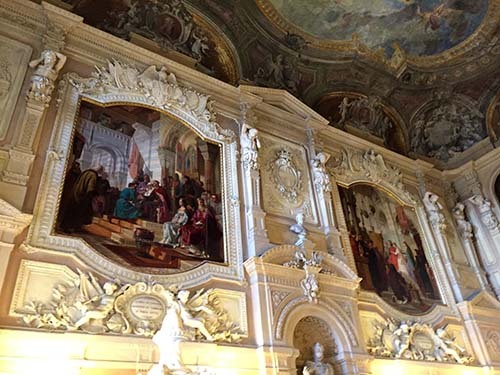 It was like trying to satisfy severe hunger with one fettuccine noodle.

Speaking of which, I flew back with packs of different pastas, cheeses (including the requisite Parmigiano Reggiano, aged 31 months), and salami, half of which has been consumed. 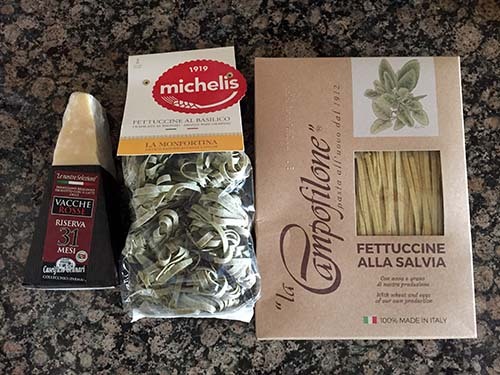 Fettuccine and Parmigiano Reggiano for the family (Abu-Fadil)

A summer drizzle didn't dampen our group's enthusiasm but did build an appetite for what was to come.

An indoor covered mall was a work of art with a restaurant in it beckoning to a long lost era of dainty hospitality and service. 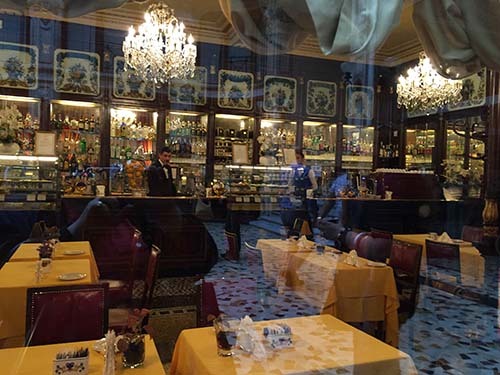 We even savored some of Italy's favorite gelati at Pepino's, Turin's oldest ice cream parlor. The founders created il pinguino, or the penguin - chocolate covered gelato on a stick. 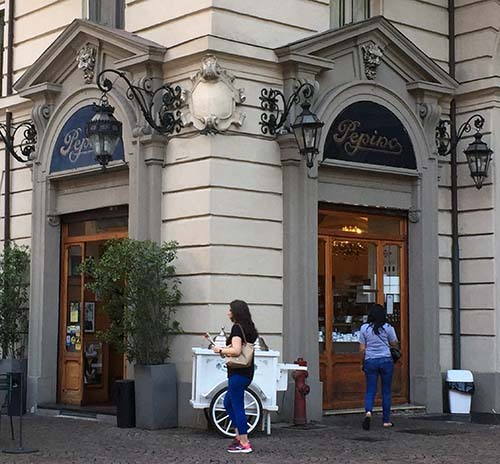 I opted for a lemon sorbet since it was before dinner and didn't want to spoil a very special meal.

But the pièce de resistance was a visit to the Cathedral of Turin, originally three basilicas, and home of the famous shroud of Jesus Christ. 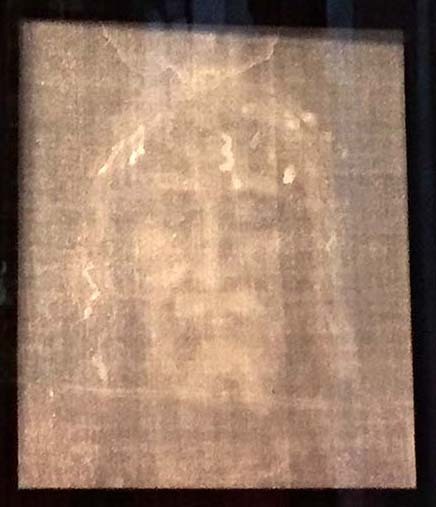 Image of the Holy Shroud of Turin (Abu-Fadil)

The mystery of the cloth in which Jesus was buried, and whose face is imprinted on it, still baffles scientists. 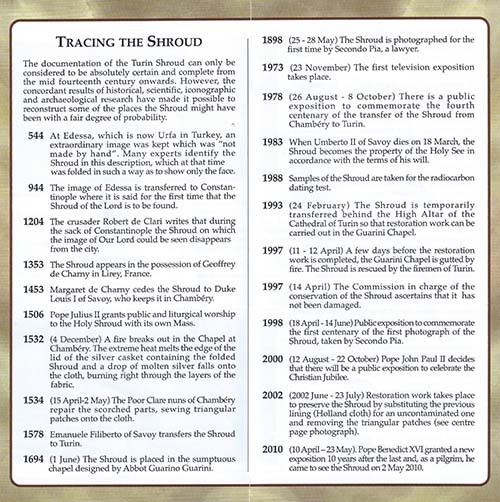 The cathedral went through several incarnations. It was burned, destroyed, and rebuilt but the altar today is a trompe l'oeil (optical illusion) of what stood there before the last fire in 1997. 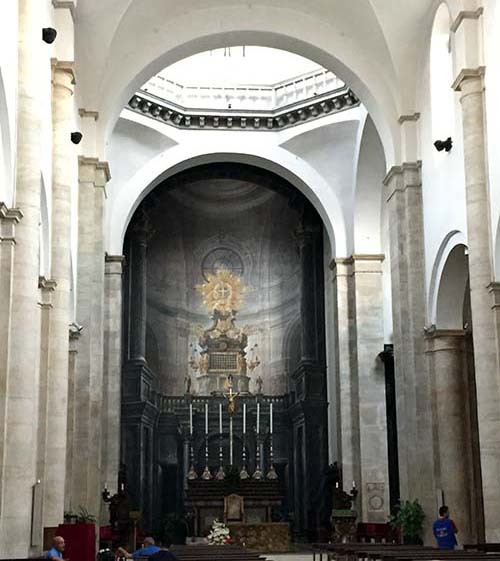 The shroud was saved but a sizeable part of the structure sustained major damage.

Yet the various chapels within it are a testament to the beauty and richness of Italian architecture and art through the ages. The majestic organ is nestled in one of those chapels. 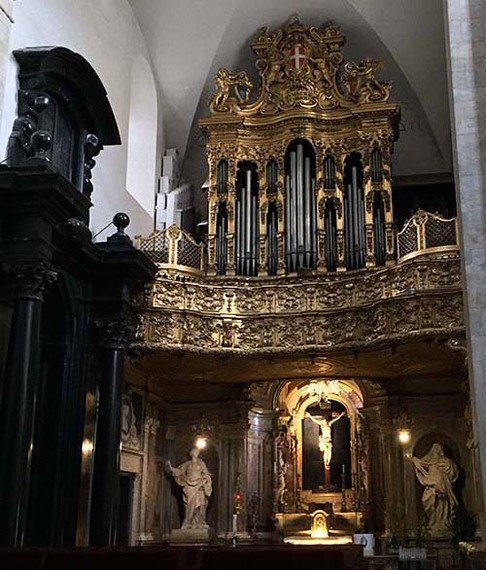 The two-hour tour was barely enough to touch the surface. 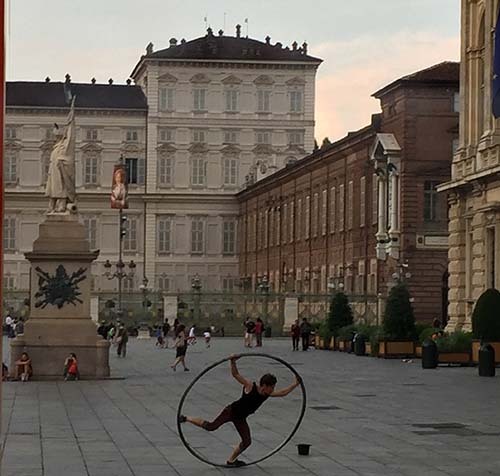 As the world turns in Torino (Abu-Fadil)

We saw more churches, museums, monuments, statues and beautiful gardens along the way. Italy is one big museum.

Sadly, our time didn't allow us to venture into the National Automobile Museum of Torino. Maybe next time.