In 1964, at the height of her jazz career, Nina Simone threw off the pop constraints of her record label, American Colpix, and decided to record the personal, which for her, was the political.

On her debut album for Dutch Philips, Simone sang "Mississippi Goddam", her response to the murder of Medgar Evers and the Birmingham church bombings. It marked one of the first times an artist of her standing and generation laid down a track motivated by a racial tragedy. From that point, Simone's recording repertoire always included a civil rights message.

In 1964, however, little was known of the lynchings and race riots that swept the country at the turn of the century. Nearly 50 years after Simone spoke out and 90 years after the worst one - the Tulsa Race Riot of 1921 -- racial disparity has become a core thematic underpinning for the Jacob Fred Jazz Odyssey, an ensemble out of Tulsa. On August 30, the quartet released The Race Riot Suite, a roughly 50-minute jazz piece that tells the swinging, cacophonous, revivalist story of Tulsa's all-back Greenwood district - the thriving neighborhood targeted and then obliterated by the 1921 Tulsa Race Riot. 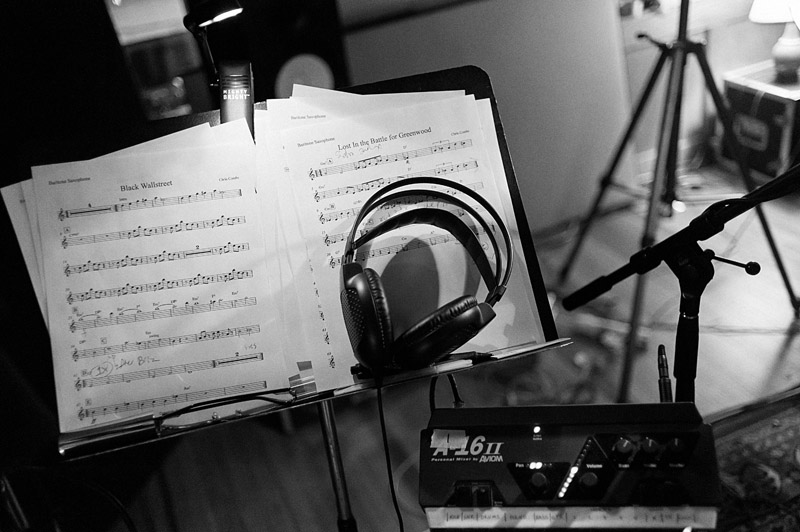 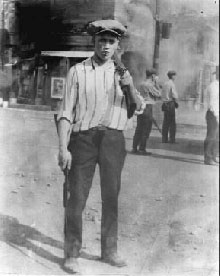 "I was born and raised here in Tulsa and didn't know anything about the riot until 2003. The information was out there, but it was always surprising how hard it was to get," said composer Chris Combs, a recent full-time addition to the Jacob Fred Jazz Odyssey, which has been performing in Tulsa for almost 20 years. "Once I started reading and realizing how much there was to it and how much had been covered up and marginalized, it was deeply imprinted on me."

Those impressions translated into musical vignettes for Combs - a page here, a note there, then a history chapter read and a stanza written. Soon, Combs had devised a series of songs and which developed into an entire CD of music about the Race Riot. While the band toured in Europe, he added the finishing touches, and they decided to record it upon returning home.

"We had wanted to do an ensemble album, so we pulled together all these horn players and landed the Church Studio, Leon Russell's place, to produce it," Combs said. "The church was built in 1916 and it was there during the race riot; it was the right offering space for our record."

And the jazz gods were pleased, if not necessarily the Tulsa community at-large.

Jacob Fred's Race Riot Suite, which made its international concert debut on the 90th anniversary of the riot in May, landed at number six on the iTunes Jazz Store the day of its release, alongside new albums from Barbara Streisand, Tony Bennett, Pat Metheny and Bela Fleck & the Flecktones. It has remained in the top ten.

The jazz critics have lauded praise, as well - some even calling it "Duke Ellington under the direction of Tom Waits." JazzTimes, the magazine of record for the jazz industry, had this to say: "...the music of the 1920s is suggested by devices borrowed from New Orleans' Louis Armstrong and Jelly Roll Morton and from Tulsa's own Bob Wills. But those 90-year-old techniques often morph suddenly into the dissonance and harmolodic improvisation of modern jazz."

Indeed the album sways in the appropriate places and cries in others. Conceived as a baroque suite, its first movement "Black Wall Street" glides through a night of dancing and celebration and conveys the bustle, excitement and independence of Tulsa's all-black Greenwood District. On "The Burning," the horns sizzle and shriek with explosive fury as the white mob descends on Greenwood and the riot begins. The songs "Grandfather's Gun" and "Cover Up" articulate the fear-and-greed-driven racism that both fueled the riot itself and drove its eventual marginalization.

The seven movements are punctuated with free-form improvisational interludes, including "Prayers", which is filled with mourning and introspection and "Mt. Zion", which is Combs' ode to the historic Greenwood church built, destroyed and built again. The cathartic final movement, "Eye of the Dove", expresses the hope and victory of a rebuilding community that has refused permanent destruction.

Though Greenwood residents and others near the heart of downtown Tulsa have embraced the Race Riot Suite, welcoming the chance for reconciliation, others have not. Combs said it's less about the music than it is about the subject.

"It's such a pointed and deliberate piece of material, and it's tied to that event in real life, so it's going to carry a certain emotional weight," Combs said. "People take it seriously, and some people see the point of reconciliation; others wonder why we're still talking about it.

"It's definitely an art work that puts it in front of your face, and at least people cant say they don't know anything about it anymore."

Jacob Fred Jazz Odyssey (JFJO) will be performing their just-released "Race Riot Suite" at Tulsa's All Souls Unitarian Church on Wednesday, September 14, 2011 at 7:00 p.m The group will also be playing excerpts of the Race Riot Suite during its fall tour, which hits New York on Oct. 18 & 19 at the Jazz Standard.