The first time I ever heard of Jessica Lynn, I was sitting down in a small recording studio at the base of UCSB's Storke Tower. I had been invited as a guest to be interviewed for Your True Gender Radio about my life as a transgender correctional officer. The program was part of Your True Gender, a non-profit organization co-founded by Jessica Lynn. At the time, she seemed like a mythical figure. An amazing woman who'd overcome the war trenches of life to emerge a shining beacon for the Trans community. I looked upon her like a superstar, an unreachable force of nature that I would never meet.

Imagine my surprise when she reached out to me. It came to her attention that I was looking for Transgender stories to tell; I wanted to sharpen my journalistic skills. Barely a month after my radio interview, there she was, sitting in my living room. Over dinner, we began to feel each other out. She knew my work as a writer and loved it. I was given a crash course on her own unbelievably spectacular life story. Before parting, I agreed to working with her as a writer, and an occasional speaker.

We corresponded over the next few months. Learning that she was quickly becoming a premier speaker at colleges and universities across the United States. Every Trans person has a story. Tales of suffering, of utter hopelessness, and of coming out. But none are quite like the life led by Jessica. As a Trans woman myself, there is much of her story that I connect with. Just as many transgender stories parallel the next. Yet her saga has a flavor to it, an unidentifiable anomaly that draws in audience after audience. And that's before you even begin to learn about her children. 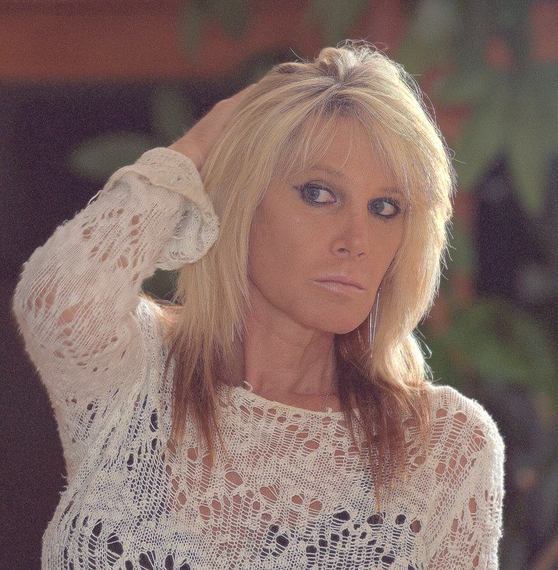 Having grown up in 1960s and 70s America, there was not much information for a transgender child to find, let alone any Trans role models. The particular details of her early days, while undeniably fascinating, pale in comparison to the sideshow she was exposed to in the great state of Texas. Where she was forced to prove her worth as a father and a human being, in order to keep her son.

The first thing that many people notice when Jessica walks into their classroom is how unabashedly feminine she is. Perhaps the expectation lay elsewhere when you hear that a guest speaker is Trans. But at 50 years old, she immediately shatters many of the preconceived notions of what "transgender" looks like. Typically dressed in a light flowing blouse and sensibly short skirt, she stands confidently in front of the class, ready to blow their minds.

Her candid delivery is unfiltered. Each group is instantly made at ease when they realize that she is not there to lecture them. Instead, they are treated to some of the darkest moments of her life; even a few of its highlights. The presentation is accompanied by a PowerPoint slideshow, giving the audience a visual guide to color in the details. There is much to draw from emotionally, in Jessica's story, yet it is the court battle over her youngest son that ultimately brings the Trans narrative into perspective. 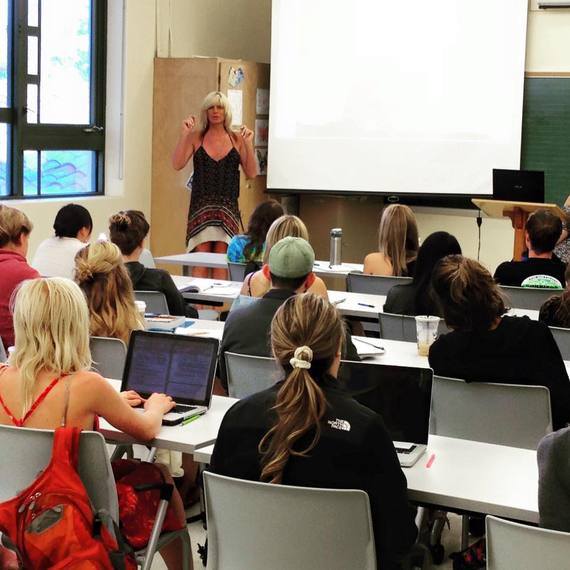 Jessica is a father to three children. For most of their lives, she was Dad, a man. She lived 45 years as the person others wanted her to be, who they thought she was meant to be. During this dark period, she met a girl and together had three beautiful boys. While Jessica was supremely gifted as a father, she severely lacked in her capacity to be a husband. This inefficiency broke the couple apart. Jessica's wife couldn't deal with a man who wanted to become a woman, a man that would not, could not show her the love and affection she expected of a husband.

As Jessica's transition progressed, the relationship between the divorced pair faced a new hurdle; the custody of the children. Jessica had already come out to the two eldest boys. But there was concern over the right moment to tell their youngest that his dad, was now a woman. What happened next floored Jessica; the ex-wife was seeking to have her parental rights abolished. She wanted to take away Jessica's youngest son. And a Texas judge agreed.

For the sin of seeking an authentic life, of being a transgender woman, Jessica Lynn lost her child. She was not only barred from any involvement with her son's life but from revealing her true self to him on the threat of confinement in prison. Her name was erased from his birth certificate. The one good thing about her former life, her children, and one of them had been stolen from her.

This is what Jessica's story is all about. Why it is so important, so compelling to the thousands across the country privileged enough to hear it. They don't have to be transgender to understand the loss of a child. To know that for any parent, no matter the physical makeup or alignment, it is a literal nightmare.

By the end of her presentation, Jessica is visibly drained. Though she hides it well, the effect of recalling over and over again the loss of her son is heartbreaking. She always hangs around to answer any pressing questions burning in the overstimulated minds of the crowd. Even exiting the speaking hall, she continues to field questions of her newest fans. Some come to her with stories of their own, some move in for a warm embrace with tears in their eyes. All, are affected, changed.

Jessica has changed my life too. She has inspired me in countless ways. To be a better person, a vocal advocate, and of course... to write. She is not done. Not done telling her story. Not done helping others. And she is not done, fighting for her son. 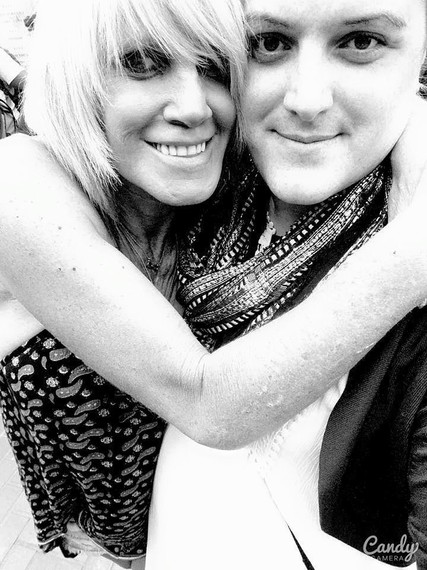