Co-written with my sister: Rachael Ball

My parents had a surprise; tiny, so beautiful. My new baby sister. How wonderful it would be having another girl to talk to, to share my secrets with. Here was someone that was sure to see me, the real me. I could only hope that she would someday understand.

We were as close as a brother and sister could be. Saturday morning cartoons, I'd cling to his back watching all kinds of shows together; from He-man to Care Bears. He'd occasionally shrug me off his shoulders, but I just wanted to be close to the brother I admired so.

Saturday morning cartoons, as it was for many children of the 80's, was always a fun filled day. Having my sister there gave me an excuse to watch all of the shows that typically appealed to young girls like us. My favorite had to be Rainbow Brite. It was so unapologetically girly.

Bath time always turned into an all-out war, with various small toys representing soldiers on opposing sides. He was a little mean always adjusting the rules to favor his side. Whenever I had an awesome force field, he had the one and only force field breaker.

I never understood why my sister looked different from me. While I was still in Kindergarten our parents had us take baths together, usually while mom washed our hair. But I was confused, frustrated even. Looking at her I knew that I wasn't like most girls. I thought that perhaps it may just fall off.

Huddled beneath our grand fortress of blankets, I sat entranced by the shadows cast upon my bedroom wall by my brother's flashlight. Holding his hand in front of the light, he wove a fairy tale. The giant and his unusual friend the magic pail. I laughed at his silly voices forgetting my fears, protected by his presence; drifting into a blissful sleep.

A bit of a frightened child, I could never stand to see her scared, or upset; what sister would? As our bond developed, I found that I could ease her frenzied mind by telling her stories. I never read books to her; instead I preferred spinning my own tales of magical lands, where nothing could harm us. 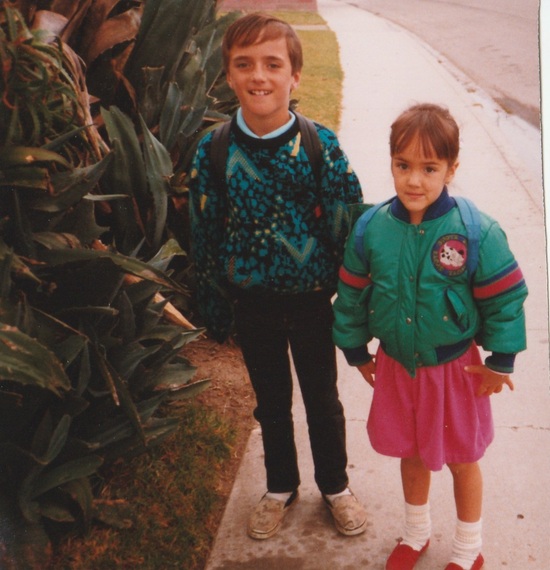 He always had the best ideas. We had many adventures in our backyard. An overgrown neglected grass became a jungle as we crouched low in the underbrush with our custom made bug hunting gear. I could even face the creepy ones with him by my side.

Of all my childhood memories, the important one at least, she was there. From our bug safaris to our entrepreneurial adventures with "Spookies," our Halloween themed gambling casino, and our sisterhood couldn't be stopped. In most respects we were best friends. She saw me differently, she couldn't really see me.

Summertime meant vacation. We watched as the countryside passed us by. Hours on the seemingly endless road. Whether we were camping out under the stars, swimming in hotel pools, or visiting family; I had my big brother there to make anywhere feel like home.

In the years spent traveling on the road we had many adventures. I delighted in my ability to sound just like my sister; much to the chagrin of my parents. We'd fall asleep in the back seat, one atop the other. As a teenager in Vegas I was brave enough to buy my first dress, which I had to give to my sister after my mother discovered it.

Childhood passed us by; mine came to an abrupt stop. At 16 I was pregnant. My big brother seemed to look at me differently that day as I broke the news. I had rarely seen him cry and yet he wept. I faced a new challenge scared and afraid but, my big brother enlisted and sailed far away. I wanted to hold onto him.... life had other plans for us both.

Only months before my sister's unexpected pregnancy, I survived a suicide attempt. I couldn't bear to live, to look my family in the face pretending to be their son. My parents didn't need another shock. I made the choice to leave and moved to Japan with the Navy. I am so sorry sissy for leaving you when you needed me most.

I settled into married life and motherhood, as he got to explore the world. Years past, together at our childhood home; up late camping in the living room, he told me what he had longed to say. He was my big sister and always had been. Confused but supportive I watched as she modeled her outfits. It dawned on me, I had never seen him this truly happy until I really saw her.

In my travels across the planet I never stopped longing to be myself, to be a big sister. Long after I left the service, I found myself standing nervously in a dress, in front of my sister; the truth of my life laid before her. Then, as I had always hoped to do, to be... she accepted me as her sister.

Watching her lay there in a hospital bed, through her winces of pain, I was relieved; happy to share this moment with her. She had been reborn. Now everyone would see her. As my brother she'd always looked out for me. Now I was there to hold her hand. The sister I had always dreamed of, there all along. I see you Sissy and you are amazing! 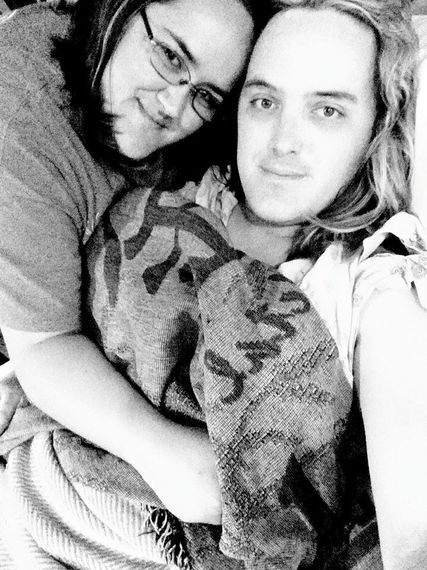 Throughout our lives, all I ever wanted was to be a big sister. As I was wheeled into my gender confirmation surgery, I took comfort in knowing that my family was there. That when I woke up, she would be there to support me, her big sister. And to you, sissy, thank you for seeing me, for accepting me, and for loving me. 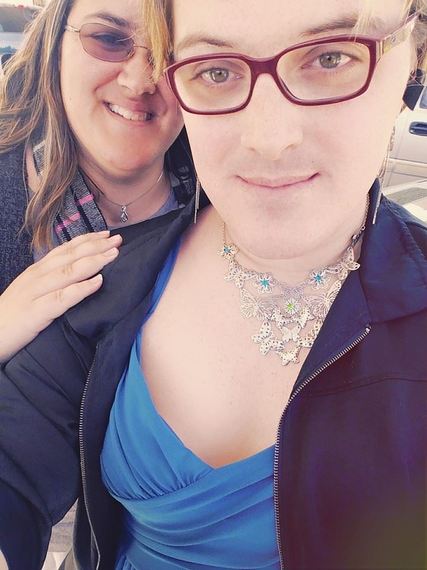