Last spring, as Beckett Delaney was hoverboarding to his office in SoHo, his man bun flailing behind him in the wind, he came to an abrupt halt.

"I realized I just couldn't work that day," Delaney recalled recently, in between puffs of an e-cigarette outside the Bushwick Sweetgreen. "Because I hadn't finished binge-watching Master of None."

Delaney's attitude is typical of his youthful cohort. Millennials -- the demographic group also known as Generation Y, Generation Me, and Daesh -- have found it difficult to balance dueling priorities as they exit their parents' basements and enter the real world.

They have stacked up record student loan debt, and yet spend thousands on frivolous items like Beyoncé concert tickets and groceries; they yearn for more than just a paycheck, and yet continue to be employed in jobs that provide them with paychecks in return for their labor; and they enjoy watching television and movies, but also Vine.

Packard, who co-works at a bespoke underwear startup, and whose hobbies include 7 a.m. dance parties and sexting, said that she values her ability to express herself almost as much as she values her parents' Netflix account.

"When it comes down to it, life is really all about finding a hashtag for yourself and sending hilarious emoji on Venmo," Packard said, and then, after a moment of reflection, added: "Lena Dunham."

Beckett Delaney agrees. Delaney lives in the Empire State Building, which his parents bought for him; he often invites fellow millennials, whom he meets on relationship apps, to his bedroom, so that they can kiss. (Occasionally, they copulate.)

Not that Delaney is looking to settle down. On the subject of marriage, Delaney, who practices yoga but is also an atheist, echoed an idea that the DJ/Model/Ecoterrorist Callista Larson often repeats to her hundreds of thousands of devoted Instagram followers.

"You've gotta ask yourself: Would you downvote the Yik Yak of your own life?" Delaney mused. His mood quickly soured. "Broad City is on," he explained, removing a selfie stick from his man-purse.

This devotion to personal expression has presented itself in several outlets for the cosmopolitan millennial, including the $435 "Hamilton"-themed SoulCycle class in Red Hook, and the increasing popularity of Dr. Vanessa Sullivan, a hypnotherapist in Murray Hill who speaks only in references to the 1999 film She's All That.

Whether millennials can sustain this rosy outlook as they assume corporate leadership roles and settle down with their Tinder wives is less certain.

"Millennials haven't proven anything," said Farley Cornmuncher, the 87-year-old Johns Hopkins professor and expert on millennial behavior. "Whether it's their laziness, or their hookup culture, or their insistence on living with roommates, it's clear that millennials have different values than those of us who are seventy years older than they are." 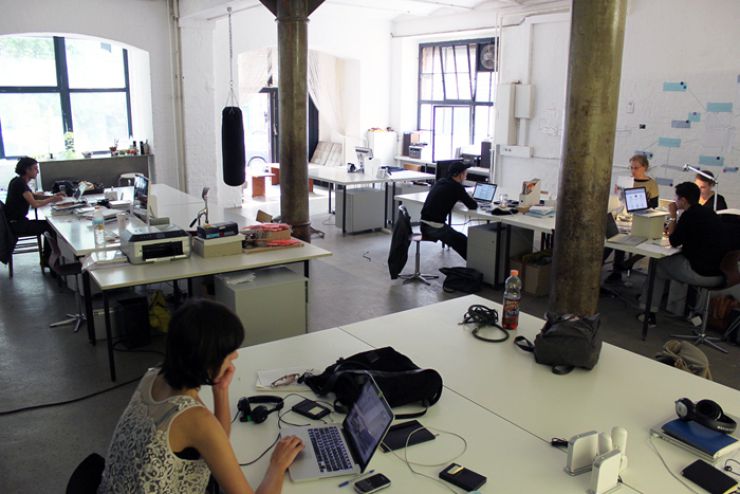 Here is a photo of a workplace with an open office floor plan for some reason. Credit: Wikimedia

Perhaps no one embodies this difference better than Davis Parkworth. The CEO of venture-backed shoelace marketplace Eyelet, Parkworth, 23, oversees an office where employees must give "trigger warnings" before entering the cafeteria, and where the office speaker system plays hits from Adele just as often as new tunes from 13-year-old YouTube a cappella sensation Kurtiz Blorch.

"If we're not helping the environment, we're not a successful company," Parkworth enthused, wiping a kale stem from his handlebar mustache.

"Feel the Bern!" one of Parkworth's employees shouted, generating a roar of approval from the kombucha-sipping creative team, many of whom had never applied for a mortgage or car loan. Just then Fillmore, the office rooster, strutted by. This was not your father's shoelace company.

But then, emulating the previous generation doesn't interest millennials like Parkworth, Packard, or Beckett Delaney.

"When I look back at my life, I want to know that I slayed," Delaney said, using a slang term for "succeeded." He spun in circles on his hoverboard, listening to pirated rap music and canceling his cable subscription.

"If that makes me a selfish millennial," Delaney concluded, re-adjusting his Warby Parker monocle, "well, at least I'm keeping it 100."

This is the moment I realized the term 'millennial' is bullshit

Where should a good millennial live?