Our work with children around the world has a common partner: mothers.

With Mother's Day soon upon us, it's an apt time to recognize the role that mothers play within the developing world. Their burdens are profound and their sacrifices unending. So many mothers in every country bear the responsibility of both earning an income and caring for their family, balancing that dual role simply by working twice as hard. Today, one in four households in the world is headed by a mother.

Throughout my global travels -- living and working in Egypt, Somalia, Kenya, Bangladesh and Indonesia, and visiting countless other developing nations -- I have witnessed the challenges facing millions of mothers around the world. Most have been denied an education, the platform for a more promising future. Of the world's 1 billion illiterate adults, two out of three are women. It is a key spoke within the cycle of poverty.

Their access to proper health care -- for them and for their children -- also is woefully lacking. Although there have been improvements in maternal health over the past decade, there has not been sufficient progress to prevent more than a half million women in developing countries from dying annually during pregnancy and childbirth. Not surprisingly, one in three women in these countries gives birth without the presence of a trained midwife, and a staggering 2 million women a year give birth alone.

The story is no less tragic for their children. Within the developing world, some 2,000 babies die every day due to complications during childbirth -- complications that are often easily preventable. Close to 4 million infants die within the first month of life, and nine out of 10 mothers are likely to experience the loss of a child during their lifetime.

When I lived in Bangladesh, I can't remember meeting a single woman in a village who had not lost a child. In many cultures, the family will not give a child a name until she is at least a month old, a means of emotional detachment given the likelihood the baby will not survive. 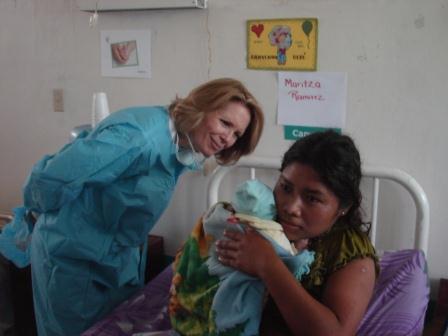 Access to maternal and infant health clinics in Honduras is increasing.

Fortunately, there has been progress. Just last month I visited a maternal and infant health clinic in a village in Honduras. Maternal deaths have been cut nearly in half in this village over the last decade because women now have a place to stay for their delivery. Many more mothers are opting to give birth in a health facility with trained doctors and nurses versus at home alone or with an untrained birth attendant. 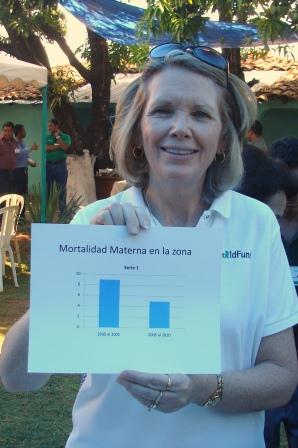 Graph showing the decrease in maternal deaths over the last decade in Honduras.

Despite their hardships, mothers throughout the developing world are persevering. They must, after all, as their families depend on them for so much. They provide the stable foundation on which we seek to build better tomorrows. What their children can offer in return is the affection and adoration that comes with maternal ties. It is a spirit that transcends borders and nationalities. Among all the countries of the world, almost two-thirds have a day that commemorates the nation's mothers. In Nigeria and Sudan, in Ecuador and Peru, in Thailand and the Philippines, mothers are ennobled with the love and gratitude that flow from their children -- and for them, it is enough.