14,000 hours of teaching over 2,300 people, and certain students are impossible to forget.

In the past 27 years, I can easily say that I've learned something from every one of my students. I have seen their talents and their faults -- their varying abilities, interests and paths. But one of the most talented students I taught was also one of the most difficult to forget -- Nneka Fritz, who passed away this past January. She was in Panama when her tour bus crashed. 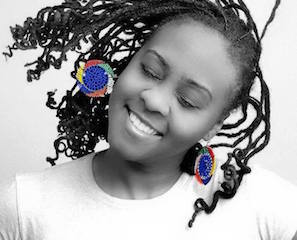 Nneka was a wonderful person and a brilliant leader. We met back in 1991, when she was an 11 year-old student in a Boys and Girls Club in Newark where I taught a few days every week. At that time, CJ Meenan and I were working with 600 students in the program -- all of whom were guaranteed a college education as long as they graduated from high school. Even then, Nneka stood out as a leader of the program: other kids looked up to her because she seemed to have a knack for learning -- math, reading, writing -- and a natural entrepreneurial spirit. She won a prestigious scholarship to one of the top prep schools in the country, Lawrenceville Academy and later excelled while earning her degree from Georgetown University McDonough School of Business.

But Nneka's talents went beyond academics and business. Since the age of five she had been a recognized dancer and performer -- from the Brooklyn Academy of Music to Radio City Music Hall. She was devoted to African culture and art, and traveled to Cuba, Bahia, Brazil and South Africa as a dancer. 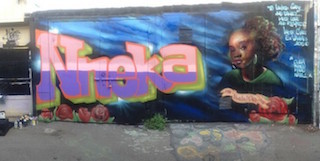 A tribute to Nneka in San Francisco (source)

I will never forget her kindness. Since she was my student back in Newark, Nneka stayed involved in NFTE and we continued our friendship over the years. Every month she called me -- not to ask for advice, or for help. "Hi Mr. Mariotti, its Nneka -- just checking in to see how you are doing" she would say before we caught up. She would regularly visit NFTE's office on 120 Wall Street. Always on time, she waited for me in the lobby before we continued our conversations exactly where we had last left off.

On one of these visits, Nneka came in to see how I was doing and to ask what I might like her to bring back from an upcoming trip to Cuba. I told her about how much I love antiques and rare books and a month later, she was back with a Spanish sword. It was worth quite a bit of money but more than its monetary value, it was a symbol of Nneka's loyalty and friendship. I was touched and I knew at that point, I was no longer Nneka's mentor. She had become a mentor and a leader to me.

Nneka's career was devoted to helping others. As her mother recently told me: "My beautiful Nneka lived and loved in remarkable ways. Each day she gave a gift that continues to unfold. Nneka's spirit soars!" As I look at her photo on my wall, I hope her memory can serve as an inspiration to be not only a good leader and educator, but a kind friend to those around us. 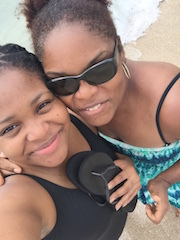 Here's Nneka's niece Michaela & her big sister Letsy joining family & friends in Oceanside, Florida celebrating what would have been her 34th birthday