An Easter excursion out to the Czech borderlands from my hometown of Munich left me contemplating the sadness of artificial borders and the greatness of having somewhere so cheap, so close at hand!

One of the many great things about living in Munich is that you can drive to at least 4 other European countries very easily. It's less than 250km from Munich to the Czech border. Two and a bit hours in a car. Strange then, that I've only been two times previously. The prices are cheap, the food and beer is great, the landscape is appealing and there are some beautiful well preserved small cities to visit.

This third trip was up to Karlovy Vary and on to the Northern borders and the so called Swiss Bohemia national park near Dresden; sort of tracing the arch of the North East border of the country by car.

The immediate borderland on the Czech side is littered with casinos, brothels and grim little shopping centres selling bulk-pack cigarettes. Things cheer up further in, but the overwhelming atmosphere remains one of emptiness and, to some extent, desolation. The people and the place look so depressed compared to their German equivalents just a few kilometres away. The towns are dilapidated and under-populated.

The spa town of Karlovy Vary is a riot of glamour and wealth in this context. Such a beauty of a town. Running up a little wooded valley, grand 19th century hotels stacked one atop the other on either side. At the valley bottom winds the main promenade, curving its way past a series of colonnades and drinking fountains, serving up the warm curative waters straight from the source. After a few mug-fulls my blood was up and I was ready for a big night out.

Here though the emptiness and poverty of the Czech Republic struck again. A town of over 50 thousand inhabitants, you'd expect to find some cluster of bars and clubs. But no. Once the elderly tourists have hit the sack, or gone for their late night liposuction, the town is left empty. A rock bar and an empty club, both inhabited by very drunk teenagers, was all there was on offer. One passerby told us that if you want any action you have to go out nearer to pay day: Everyone's broke by the end of the month.

The Czech Republic is famous for its low cost of living. A recent survey by the expat community InterNations placed the country as third best in the world for affordable cost of living. But it has not always been so. You only have to look at the architecture of Karlovy Vary and many of the other towns we stopped in, to know that the area has seen much greater wealth than this. Once one of the richest parts of the Austro-Hungarian Empire, it is now a land where wages can be as little as a quarter of what Germans get for the same job. These towns are the sorts of places where, if you're young and talented, you leave. I was struck by the number of residents who knew neither any English nor German. 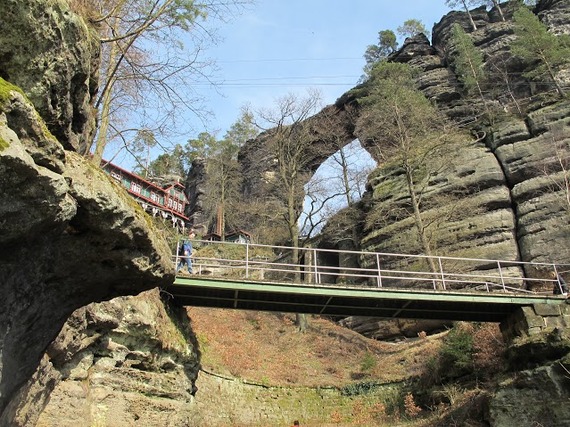 The journey Northwards from Karlovy Vary took us through some very industrialised landscapes. Big power stations and open cast mines. Also, some very beautiful territory. Our hiking around the towns of Hrensko and Jetřichovice was spectacular. We climbed up to the famous Pravčická brána rock right on the dividing line to Germany and saw the gorges and rock formations for which the area is known.

The territory is covered with Pillboxes built to keep Hitler at bay, but never defended as the Czech army surrendered the Sudetenland in 1938. Not the rejuvenation of a centuries old Teutonic dominance, but shortly thereafter, the end of it, as all Germans were expelled from the country at 24 hours notice (just after the war). They weren't allowed to take their wealth with them, but in the long run it looks like they did anyway. 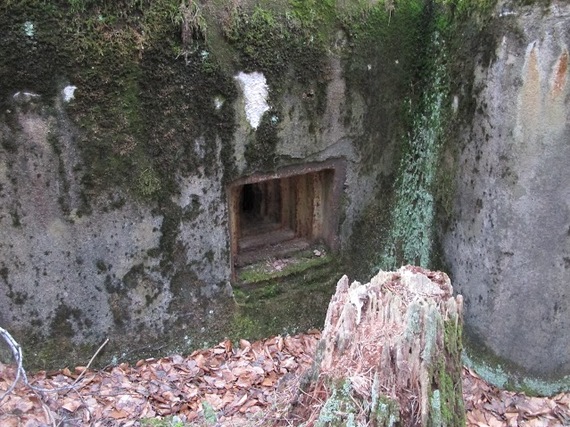 It's a fantastic gift from the European Union to be able to drive across the former Iron Curtain so easily, but the economic and spiritual scars of this divide are still in evidence. The Czech Republic has some great architecture and still has a lot of industry, but, outside of Prague, it often seems melancholy and sorry for itself. It was a great trip for the daytimes, but there was a lot of propping up empty bars at night.