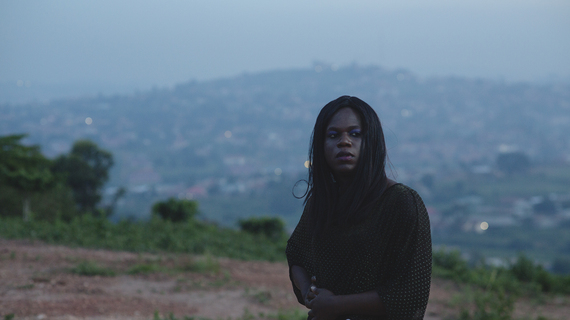 Starting out in the Swedish film industry 10 years ago, I found myself making music videos for a famous Ugandan R&B act in Stockholm. I was in film school and met one of the group members during a break. He was also teaching dance at the same culture school and had been living here for many years. Soon thereafter I found myself shooting half-naked women and two dudes who didn't know their own lyrics.

Even though we had a lot of fun, one thing that struck me during those days was how homophobic they were, leading me to start annoying them by teasing them about it, being a bit too close, and stroking their neck hair, just to see how they would react. It was mainly friends joking around, but a couple of years later, when the Anti-Homosexuality Act was introduced in Uganda, I understood that there was much more to it than a couple of hip-hop brothers having a hard time reacting to male affection. Behind the jokes lay a serious issue, which manifested itself both culturally and religiously.

Reading about the issues that gay people were facing in Uganda, I felt that there was a lack of stories capturing the universal human themes of love and the human right to love whomever we love. But at that time I had no idea how I would help remedy the situation, or how difficult it would be.

I had never been to Uganda, so I started looking for people who could help me get in touch with the local LGBTI community there. Eventually I found Geoffrey, who is a journalist and today a good friend, in Kampala. He helped me out in the search for a story to tell, introducing me to organizations and activists from the Ugandan LGBTI community.

While researching, I'd seen very few stories about the everyday human aspects of being trans. To me, there was too much focus on the physical aspects of being trans and not enough focus on the emotional aspects of it. I felt the emotional side was something I could capture in a unique way, which could help people understand trans people from their own point of view rather than from the ironic filmmaker's point of view.

In June 2013 I landed at Entebbe International Airport for the first time, without any permits and with my usual small package of travel film gear. 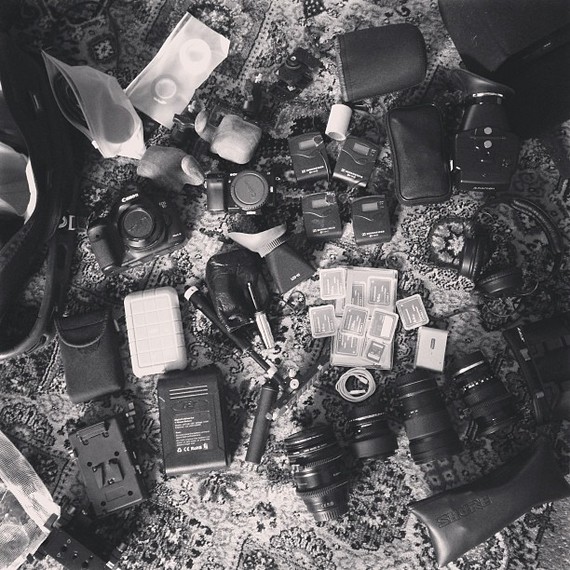 The following week I did an intensive search for someone who had a personal story that could carry my idea of creating a human portrait of a trans community living in the shadows of Ugandan society.

After a lot of meetings I was finally introduced to Cleopatra Kambugu, a then-26-year-old student and trans activist. I was fascinated by her courage as the first trans woman to openly transition in the discriminatory Ugandan society. She was determined not to let other people's ignorance stand in the way of her life.

We both shared a will to tell a story that humanizes the trans community, and to avoid doing so through the story of an activist. Even though Cleo is an activist, we both thought that activism isn't always best served when provocative; provocation can be counter-effective, alienating people rather than helping them understand things they have little knowledge about. In order to reach people who weren't promoting LGBTI rights, we needed to find a story that was universal and could reach across all groups of people.

Since then, I've been following Cleo's life up close for 18 months, and we're still shooting. I even moved in with Cleo and her straight boyfriend, Nelson, during one of my trips to Kampala, getting to know them both as human beings and as friends. Having been forced to live apart only to find each other once again in a foreign country, their love story is a true inspiration.

What I've witnessed is a personal story of love, acceptance and being trans, a story that gives a glimpse into the Ugandan trans community and the struggles they face every day, from the days before the first Anti-Homosexuality Act was presented to today, when once again there are talks of a new draconian law being proposed in Uganda. The last one was brought down by activists after President Museveni signed it into law, but Cleo had already been outed in the Ugandan tabloid Red Pepper as a "homosexual," forcing her to leave Uganda for her own safety. What will happen if a new law is introduced in Uganda? Who will now have to leave their friends and family?