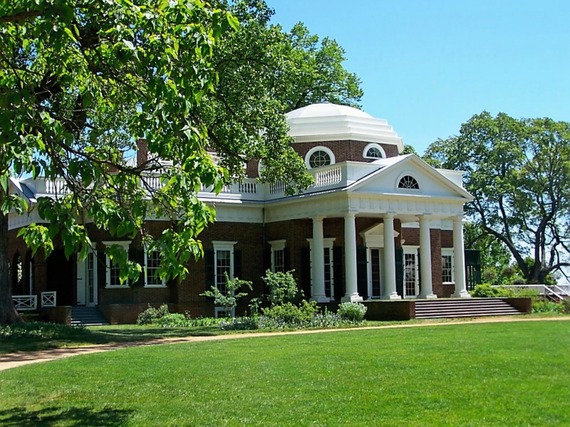 On the same day that the American Association of Universities released its long-awaited data about sexual assault on some of their member campuses another critical story was buried beneath the headlines. After a three and a half year battle, several rape survivors along with a tireless and equally talented victim advocate (Wendy Murphy) were victorious over the University of Virginia.

This hard-fought effort to remedy the now substantiated hostile environment toward women at UVa deserves careful attention by everyone affiliated with Mr. Jefferson's University, and those who might consider whether they or their children should join their ranks. It also deserves the attention of all people of conscience who hope for a better climate at one of our nation's highest ranked universities.

After a 3 year federal investigation, downplayed as a 'standard compliance review' by UVa's Dean of Students, damning findings against UVa were leveled by the Office of Civil Rights (OCR) of the U.S. Department of Education. The findings are anything but standard.

OCR ruled that administrators at UVa repeatedly "failed" to respond to Title IX violations (including gang rape) in a prompt and equitable manner. UVa's "informal resolution" process (which was essentially the mediation of a felony) was found to be inequitable and "structurally flawed." OCR further chastised UVa for failing to respond promptly to repeated student complaints of sexual harassment by university employees. Yes, apparently university employees sexually harassed students with impunity. Even a case where seven complaints were filed against the same staff member, he kept getting letters suggesting counseling. This leads the observer to wonder if UVa thought a third, fourth, or fifth letter recommending counseling would change the perpetrator's behavior. Unlikely.

Why should we care about a failure to respond promptly to Title IX complaints? For starters, a complaint notifies a university that an environment may exist on campus that can preclude a person or a group of people from fully participating in the benefits of an education. It also suggests that a person or persons have experienced the kind of horrific violence that leads to PTSD, major depression, and long-term health effects. A prompt investigation is also important given research suggesting that if a man has committed sexual assault, he is likely to reoffend. A university thus has a vested interest in taking swift action to prevent future offenses.

OCR found prompt and complete responses to Title IX violations all too rare at UVa. Sadly, I view this finding as all too preventable. I served as an Assistant Dean of Students at UVa from 1998 to 2002. Part of my responsibilities included leading efforts to end sexual violence. I talked to more students who experienced rape there than I can even count or remember. I set off alarm bells that serious action needed to be taken. Instead of working to end rape at UVa, I repeatedly saw administrators above me blame victims and, do everything possible to sweep cases under the rug. I also heard administrators argue in closed-door meetings that UVa was better off readmitting a serial offender than keeping him away from campus. The reason given? It was more likely he would sue for readmission than a potential sixth victim would find out about the other five women.

It is therefore not surprising that OCR found so much evidence that a deeply entrenched rape culture exists at UVa. OCR confirmed that several female UVa students experienced sexual violence by a perpetrator after a complaint was filed against him. OCR found that UVa did not handle the initial grievance promptly. Instead of a prompt and complete investigation, the university community and several female students were subjected to repeated acts of sexual assault, for nine months.

Ask yourself -- how would you feel if your daughter experienced sexual violence at UVa while administrators dawdled around for nine months, not hearing an earlier case against the perpetrator? In an apparent act of willful neglect of their responsibilities, UVa is, in my view, fully responsible (if not liable) for these acts of sexual assault and should do everything in their power to mitigate their effects on the women involved. They must also work to mitigate these effects upon the community.

All of this is deeply disturbing. Yet, there is even more to it. OCR reviewed documentation of 50 incidents where sexual harassment or assault was reported at UVa (through its "flawed" policies) over a few short years. OCR determined that UVa mishandled almost half of the complaints, including 21 sexual assaults, rapes, and gang rapes. Concerns about the reality of gang rape at UVa have risen to the level of confirmation by the U.S. Government. In all of these 21 bungled cases, the University seemingly looked the other way, failing to properly investigate what occurred. One more example of brushing rape under the rug. Ask yourself, do you find this lack of care about the experiences of women at UVa acceptable? Furthermore, is it reasonable for a university to essentially ignore gang rape?

One thing I noticed when I worked at UVa was that men found responsible for sexual assault were rarely sanctioned in a serious way. Educational sanctions, like reading a book and discussing it, were commonplace. This is why I found sad yet unsurprising that a university official, when asked why the University had never expelled a student for sexual assault, indicated that they just never had enough evidence to do so. Really.

That same official was found by OCR to have created a hostile environment by publicly telling the university community that limited sanctions would be imposed for sexual misconduct brought to UVa's attention. Once again, it certainly sounds like UVa said that rape is no big deal.

If the U.S. government and the Commonwealth of Virginia wish to foster some real change, I suggest they go beyond telling UVa to clean up their act. Instead, put some teeth in place by initiating a moratorium on state and federal funding to UVa until they can demonstrate that their environment is no longer hostile toward women. Others might carefully consider whether their hard earned dollars deserve to be placed into the coffers of a supremely wealthy institution that apparently values women so little. It won't take losing much from their 5 billion dollar endowment before UVa finally takes rape seriously. From my perspective, it would be about time.